As long as classic comic-book franchises keep cranking out stories and movie studios keep creating big-screen versions of their respective heroes and villains, beauty lovers will always find inspiration in their dramatic aesthetics. The characters of Gotham City, the setting of DC Comics' beloved Batman series, are a prime example. Not a Halloween goes by without plenty of Catwomen and Harley Quinns — but thanks to a new collaboration with Revolution Beauty, there's now a way to incorporate those vibes into your daily look.

Launching on Friday, September 3, the Makeup Revolution x DC Comics collection captures the moods, colors, and style of Batman, Catwoman, the Joker, and Harley Quinn in an ample collection of color cosmetics, all of which retails for less than $28. (It's such a steal, it's practically a crime!)

We'd be joking if we said we weren't the most excited about the collection's six (six!) palettes, four of which are character-centric, nine-pan palettes for $10 each. The Harley Quinn Daddy's Little Monster Shadow Palette combines brights and pastels with multiple finishes — matte, shimmer, and glitter. The Joker Why So Serious Shadow Palette is a notably darker set but with a handful of vivid shades such as Desire, a bright, matte red. The Catwoman Jewel Thief Shadow Palette marries satin and shimmering jewel tones with neutrals, and the Batman I Am the Batman Shadow Palette has warm brown, yellow, and black pigments. 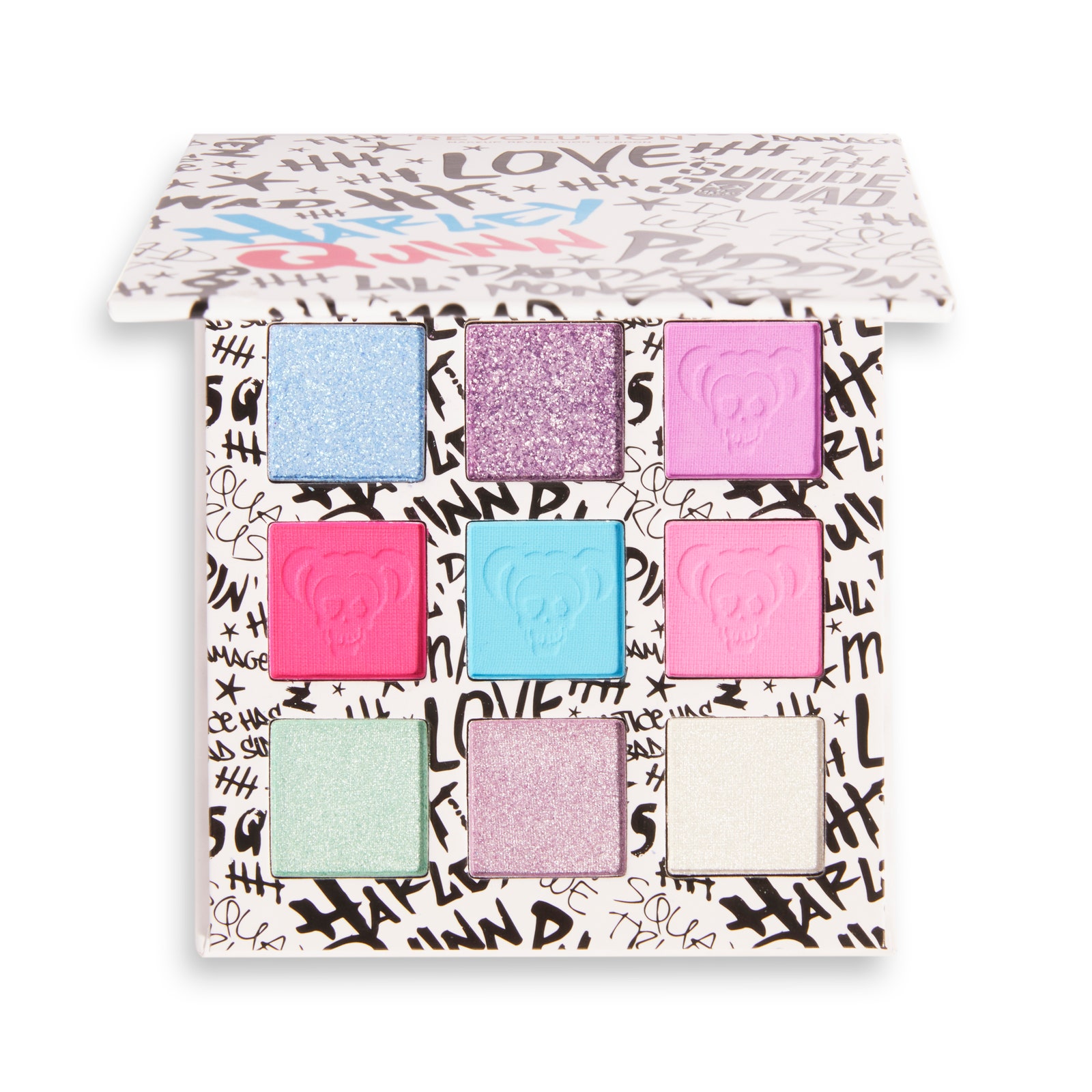 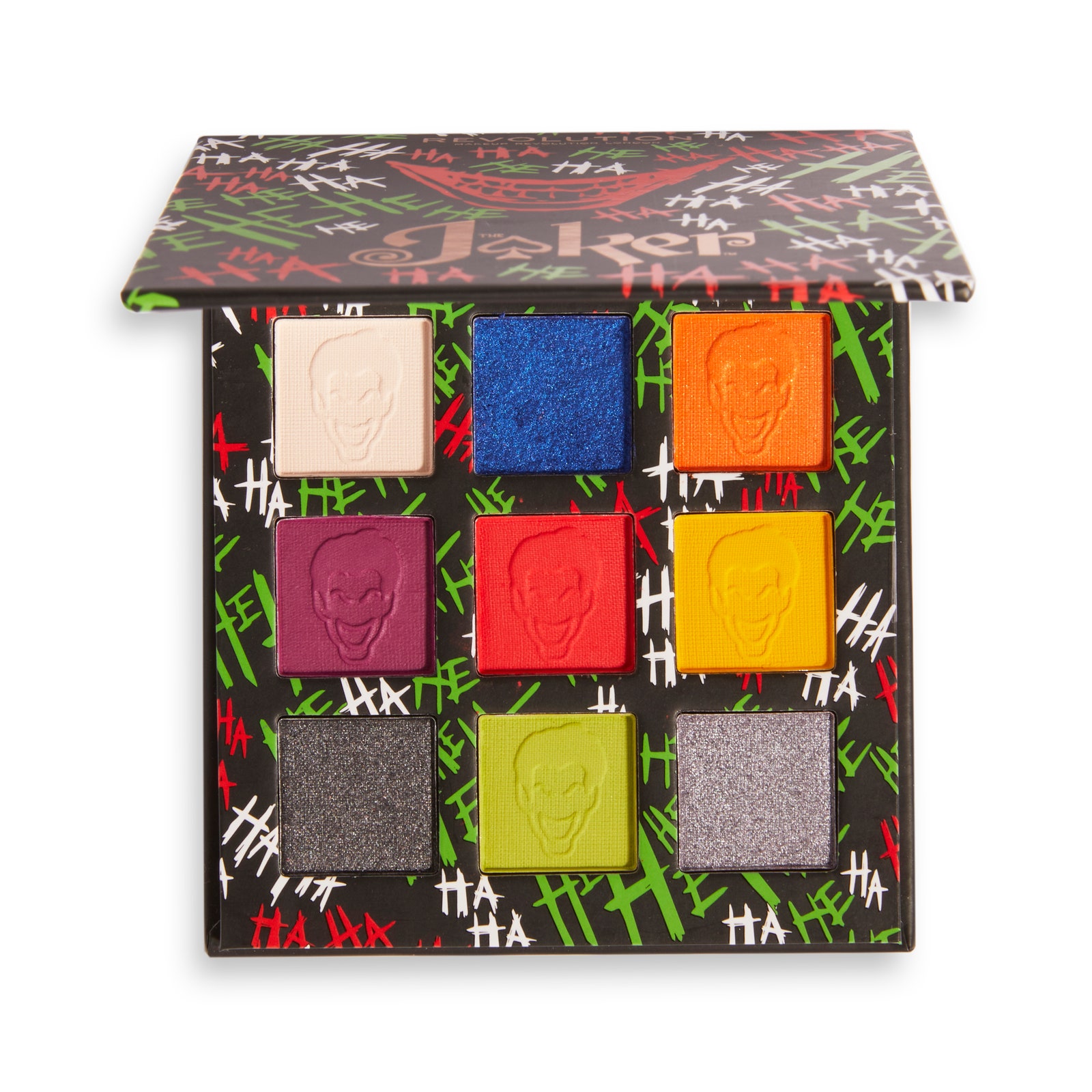 Joker Why So Serious Shadow Palette 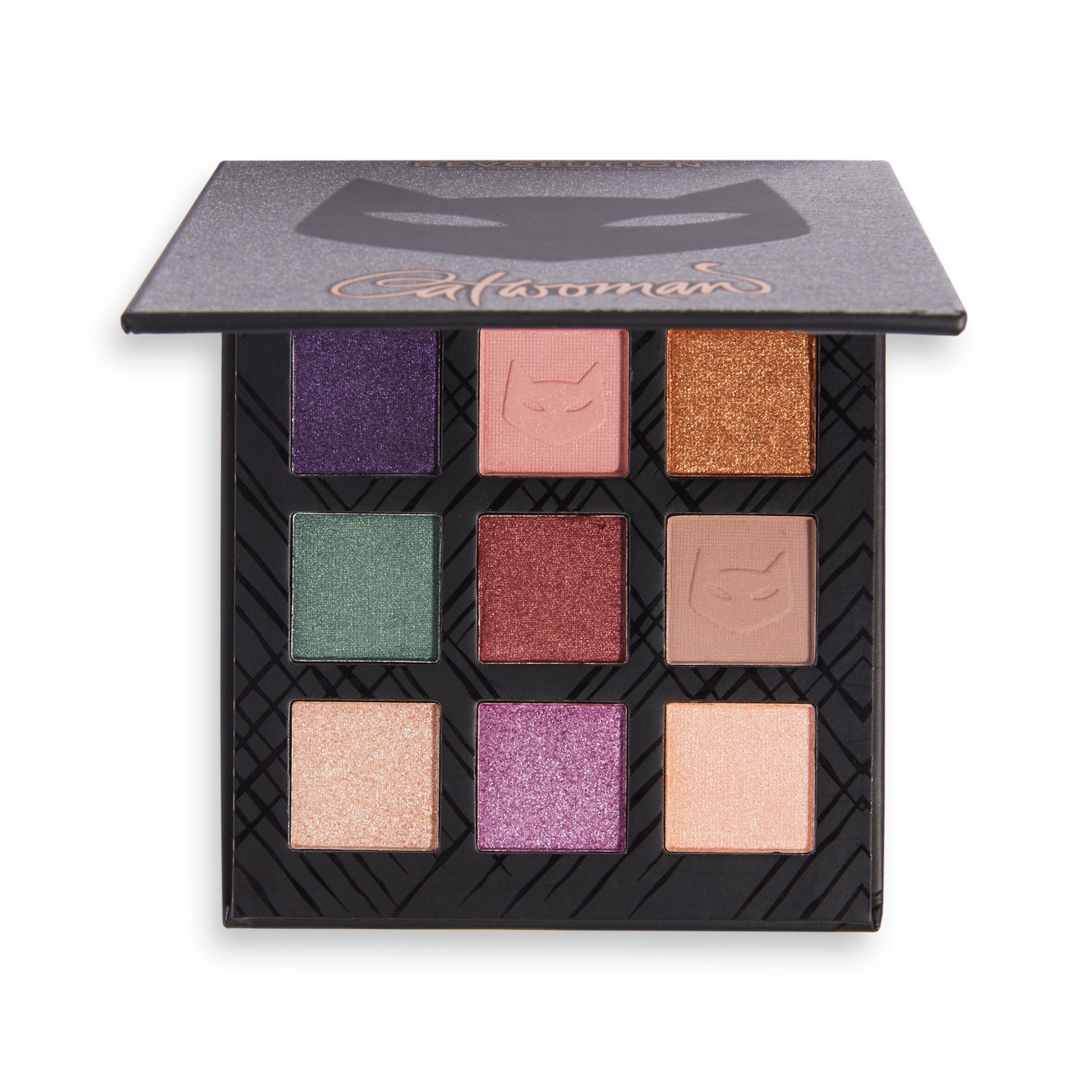 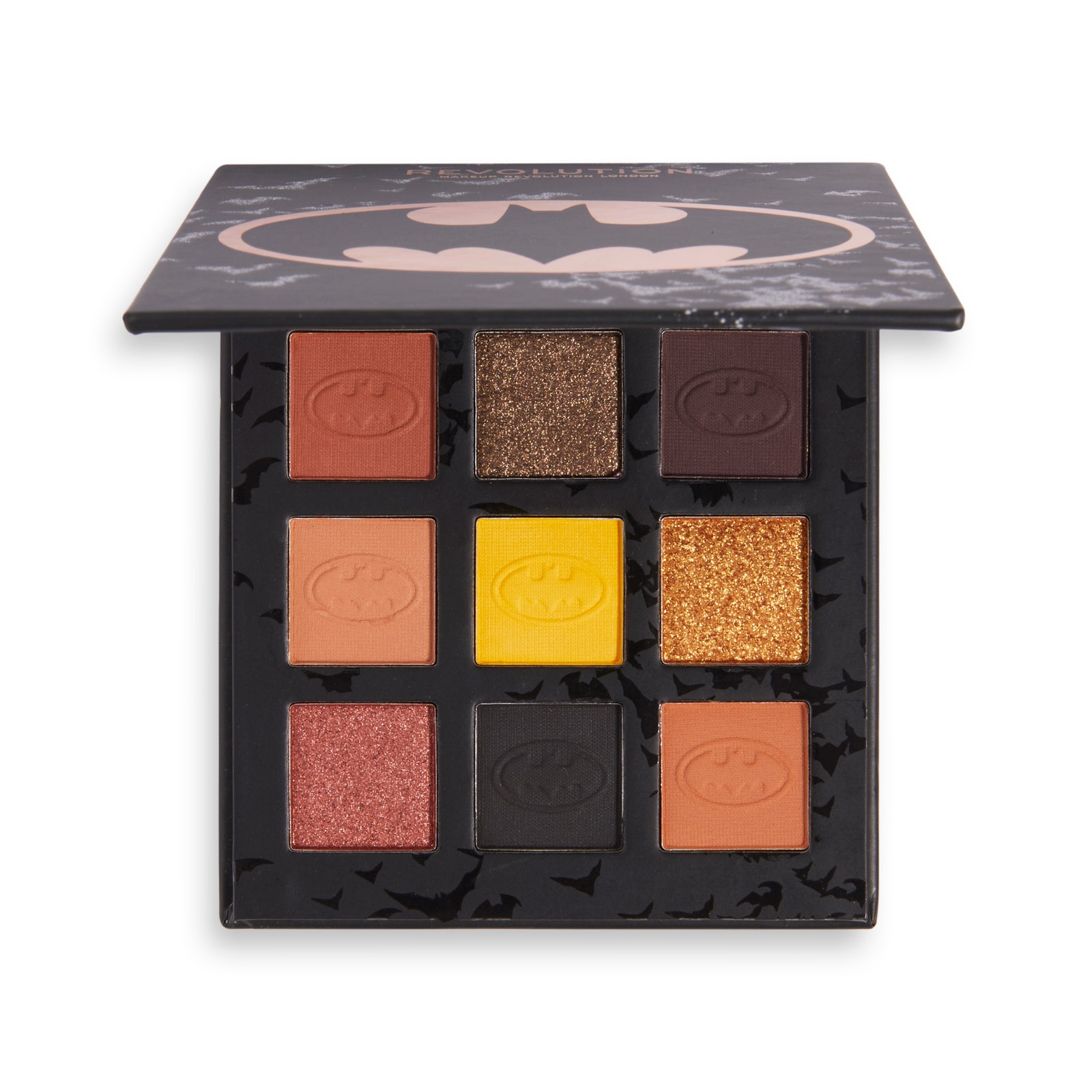 Batman I Am the Batman Shadow Palette

The two larger palettes in the collection are both absolutely stunning, with the Batman This City Needs Me Forever Flawless Palette ($18) fulfilling every eye shadow need you may have. It has 18 amazing shades that run the color gamut — neutrals such as Bat Signal (champagne) and The Manner (rusty brown), vibrant shades such as the nearly neon-yellow Anyone's Game, and shimmering jewel tones such as My City (purple) and Batcave (sapphire). The DC Universe Large Palette ($28) expands upon eye shadow — of which there are 16 — to include generous-sized highlighters and blushes. 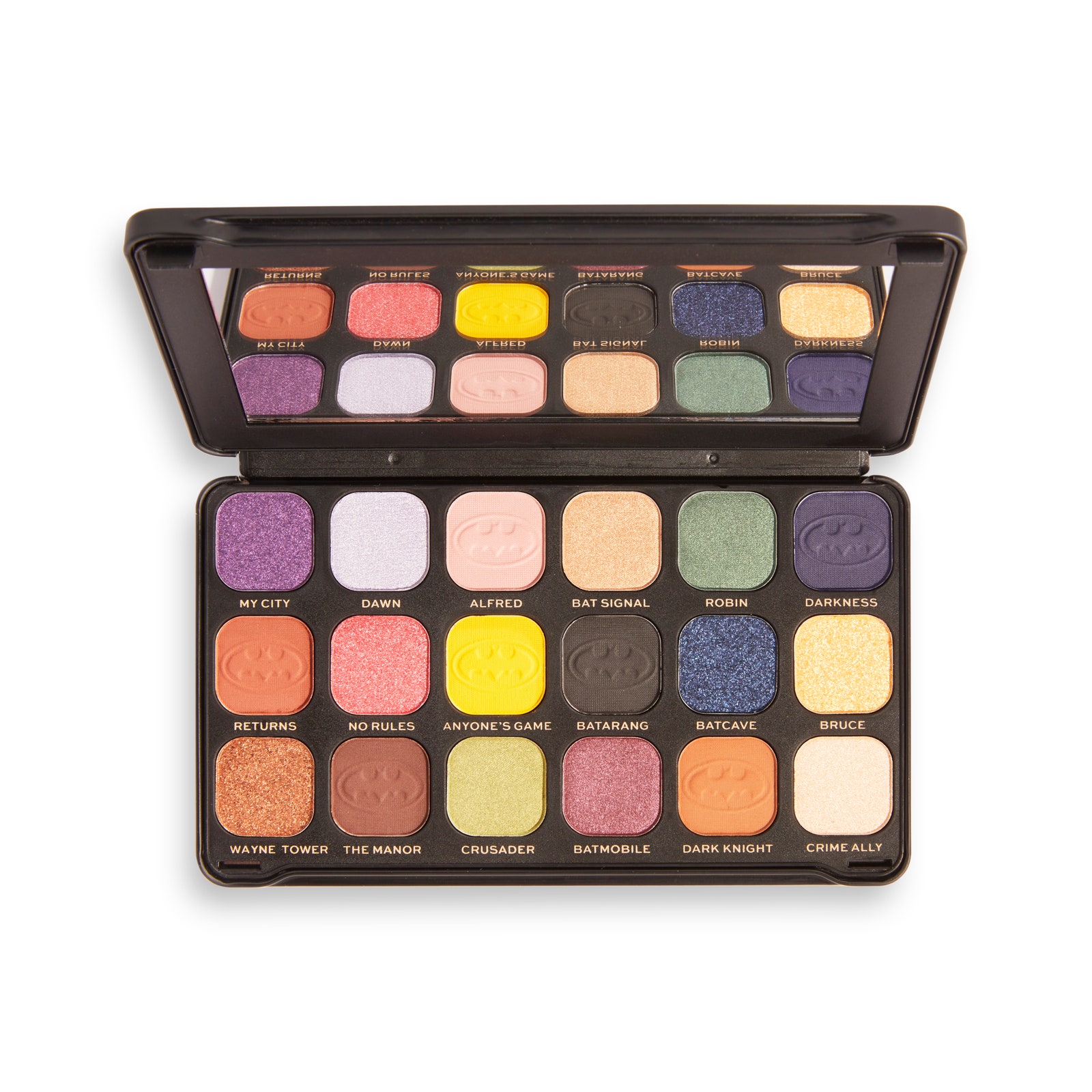 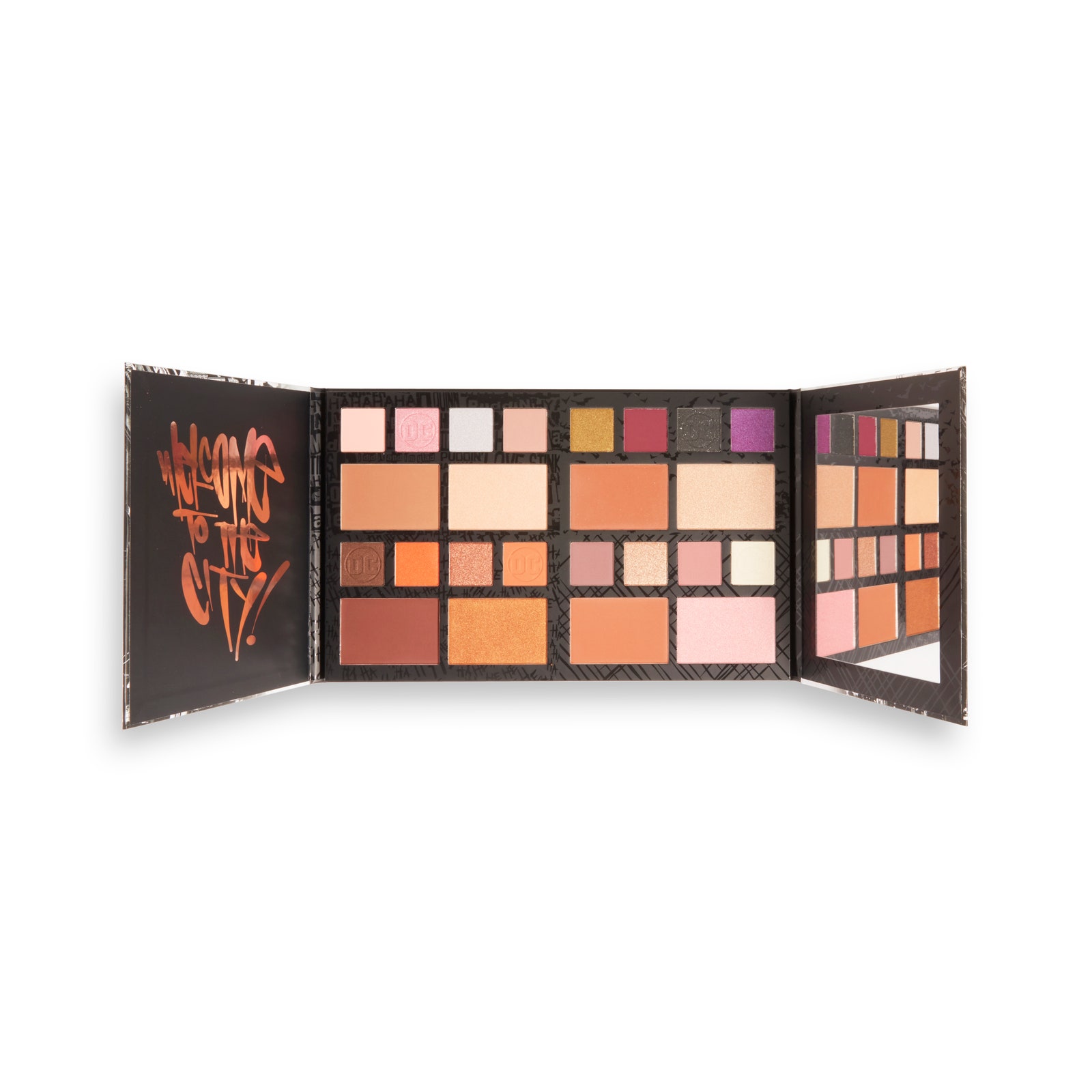 You can complete your eye look with three other products. The Batman I Am The Night Mascara ($10) promises fluttery, pitch-black drama, but for even more oomph, there are the Catwomen Kitty Cat Lashes ($10). Both options look amazing with the collection's Cateye Liner ($8), which, of course, falls under the Catwoman category. And there are stand-alone highlighters, too: the Batman Bat Light Highlighter, and the deeper Catwoman Kitty Got Claws Highlighter, both of which go for $8. 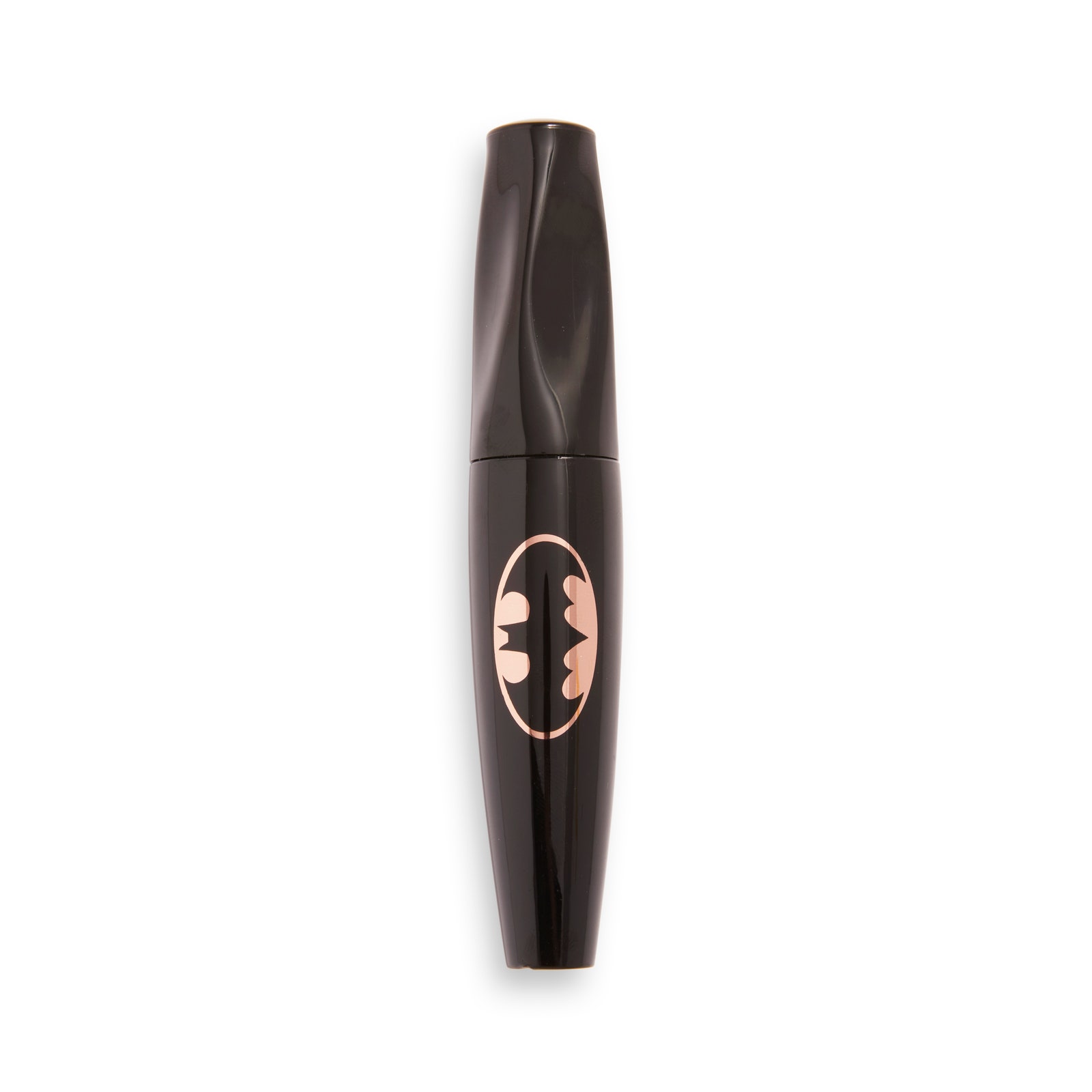 Batman I Am The Night Mascara 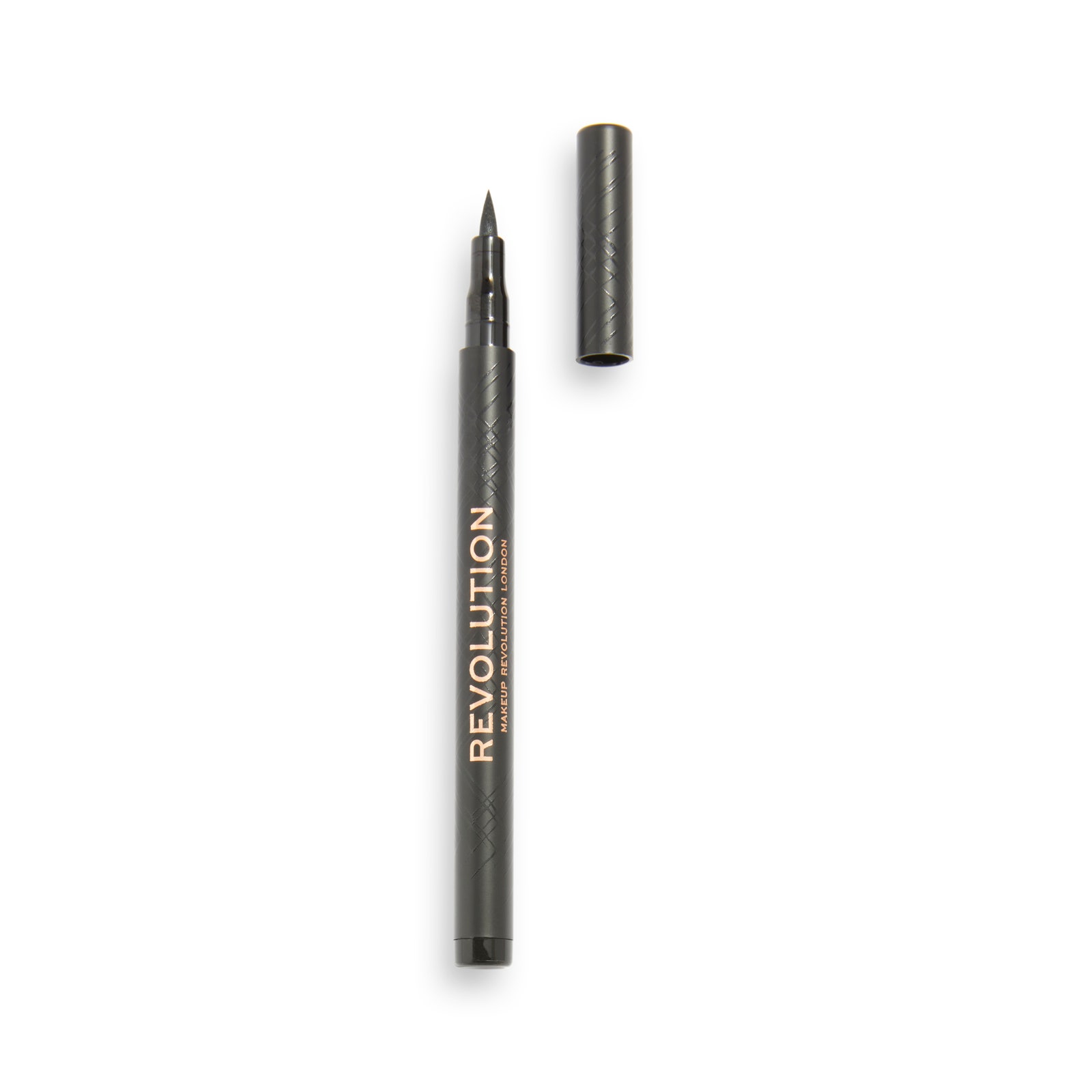 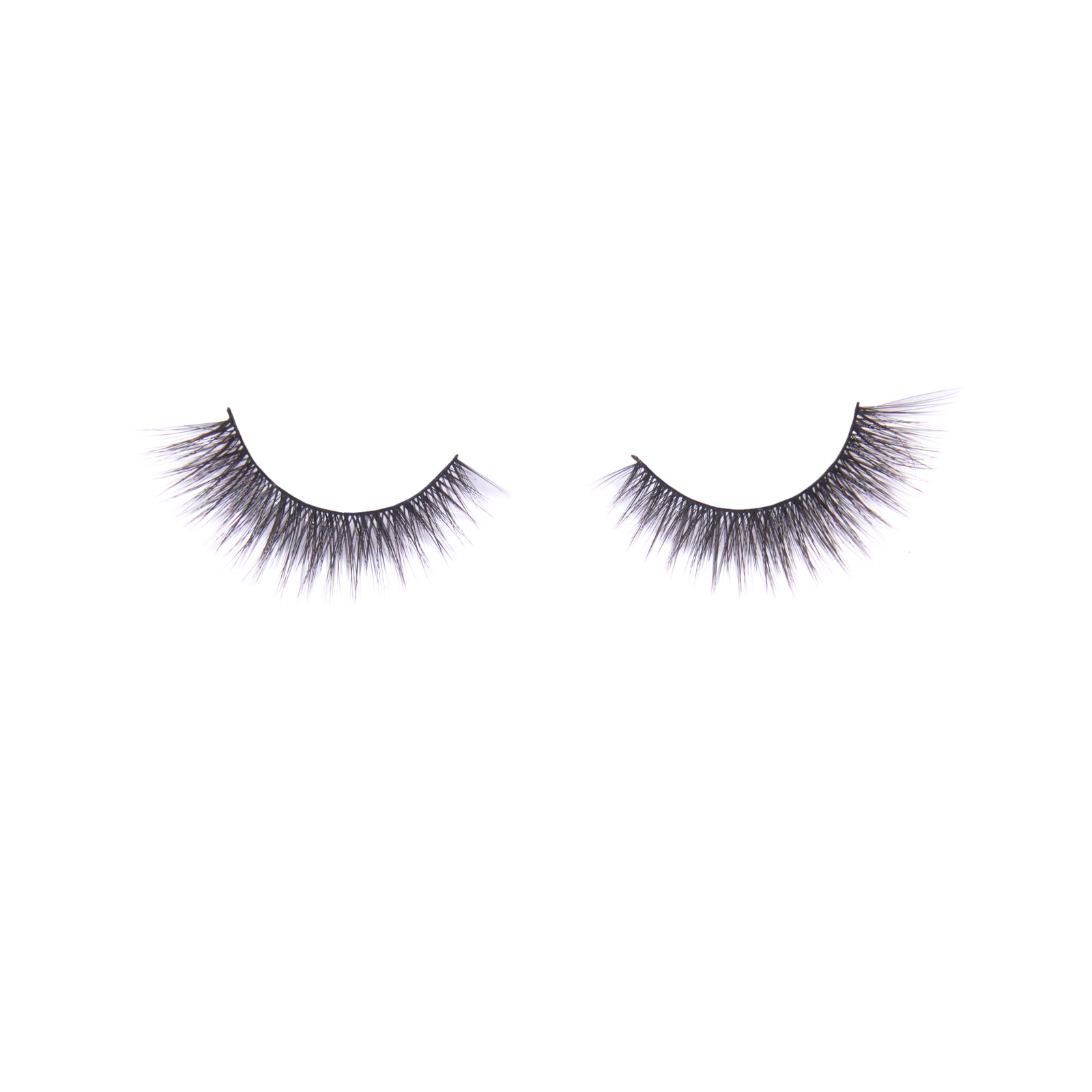 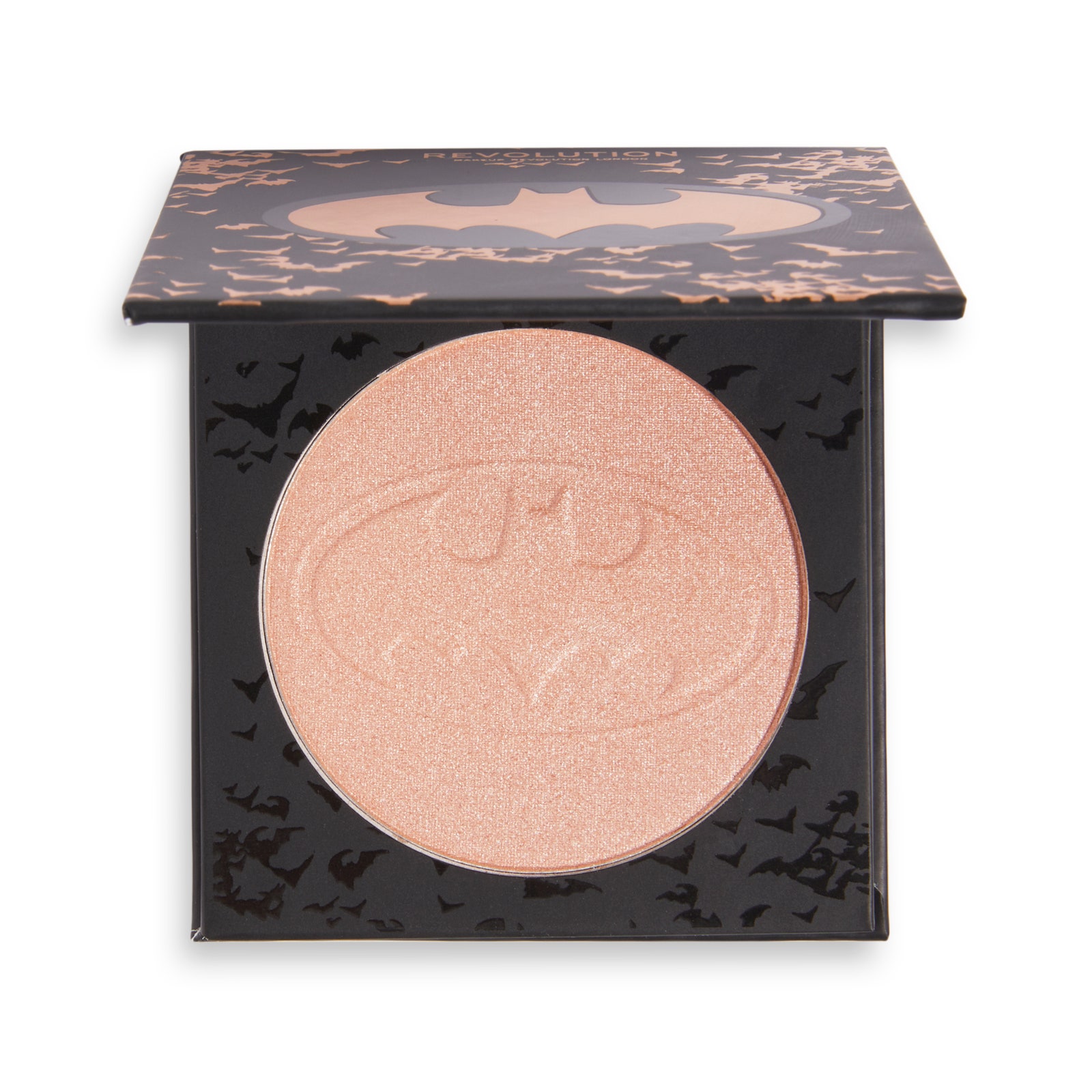 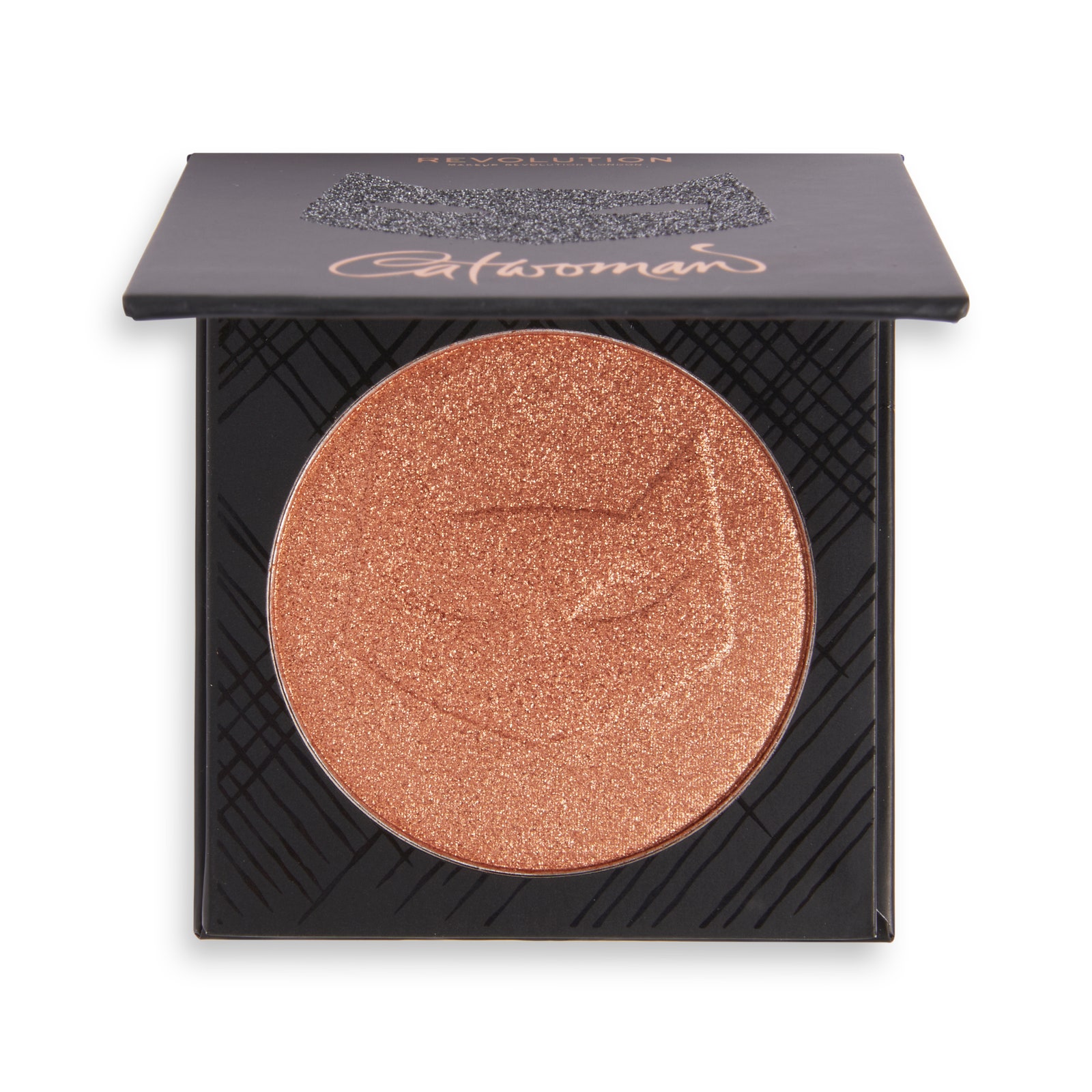 The collection has got lips covered, too, with three different shades of Pout Bomb Lip Gloss ($8 each): The Harley Quinn What You Think I'm a Doll? gloss is a light pinky nude, the Batman Vengeance shade is clear glitter, and needless to say, Joker Smile is matte red. 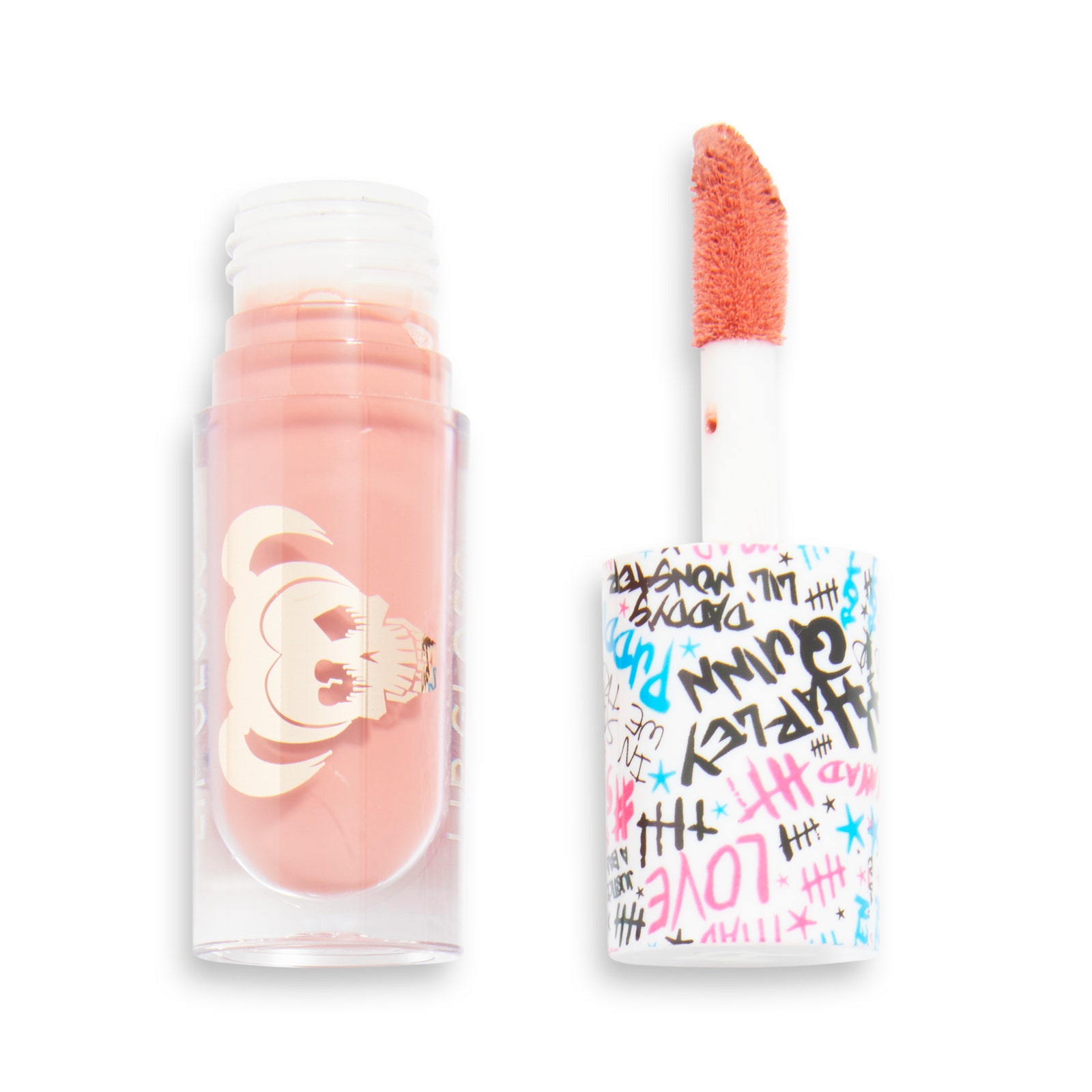 The Harley Quinn What You Think I’m a Doll? Pout Bomb Lip Gloss 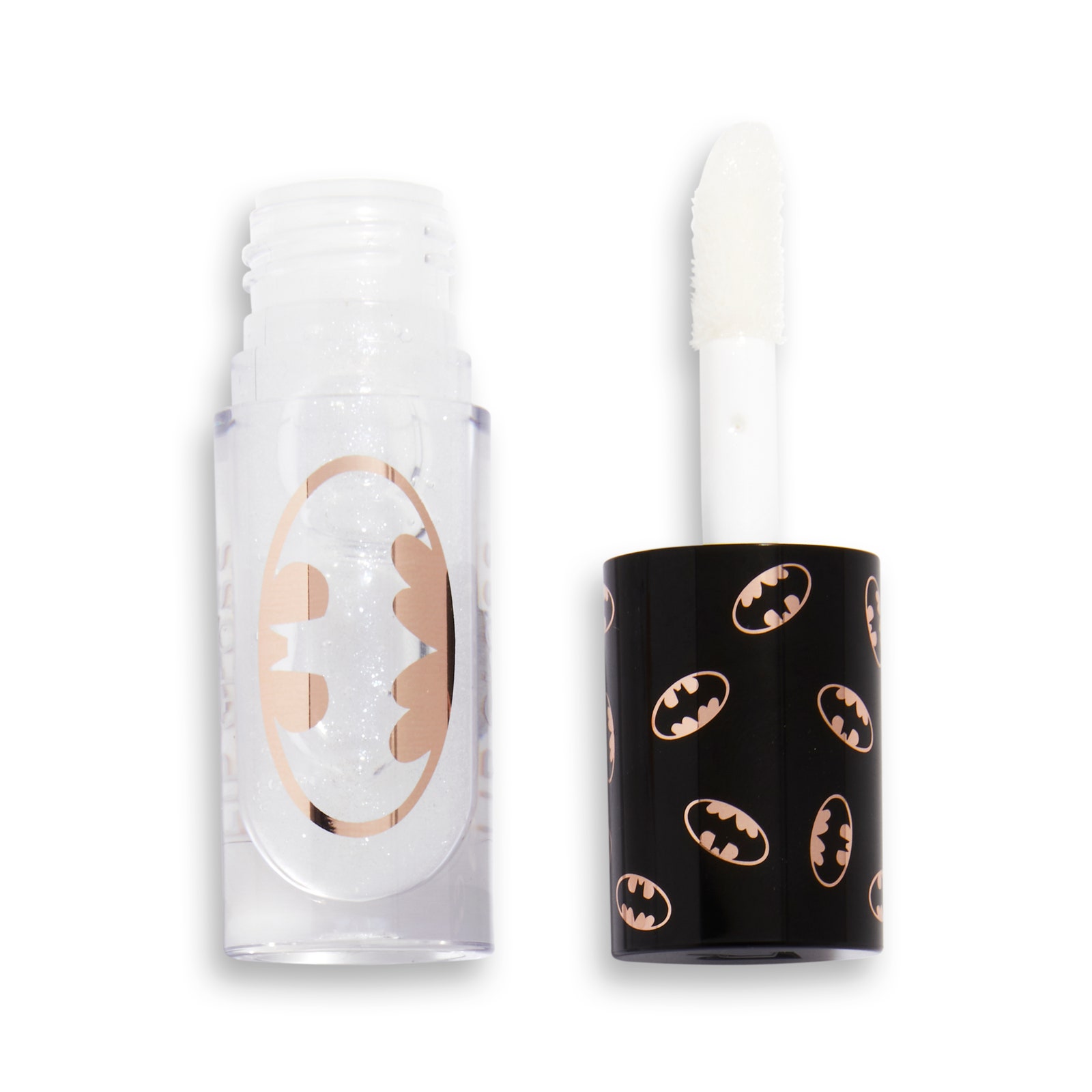 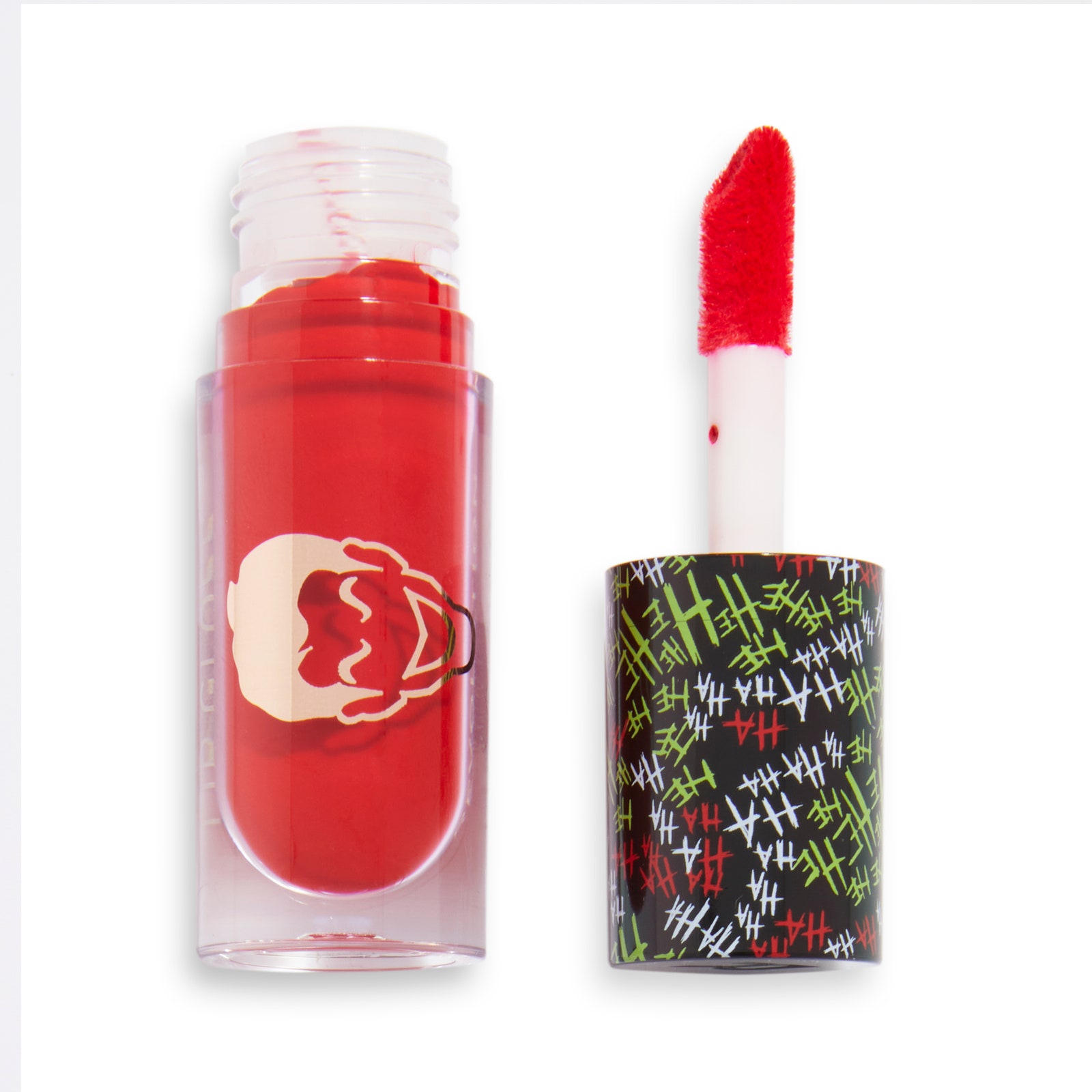 The collaboration is rounded out by a plethora of accessories. The Joker Put on a Happy Face Brush Set ($20) features four eye shadow brushes and one for the face, and you can use them with the Harley Quinn What We Are Bad Guys Makeup Sponge Duo ($10). Use the Batman Hand Held Mirror ($15) while applying, and keep all of your new Gotham City goodies in one of two cosmetic bags — one for Batman and one for Harley Quinn. 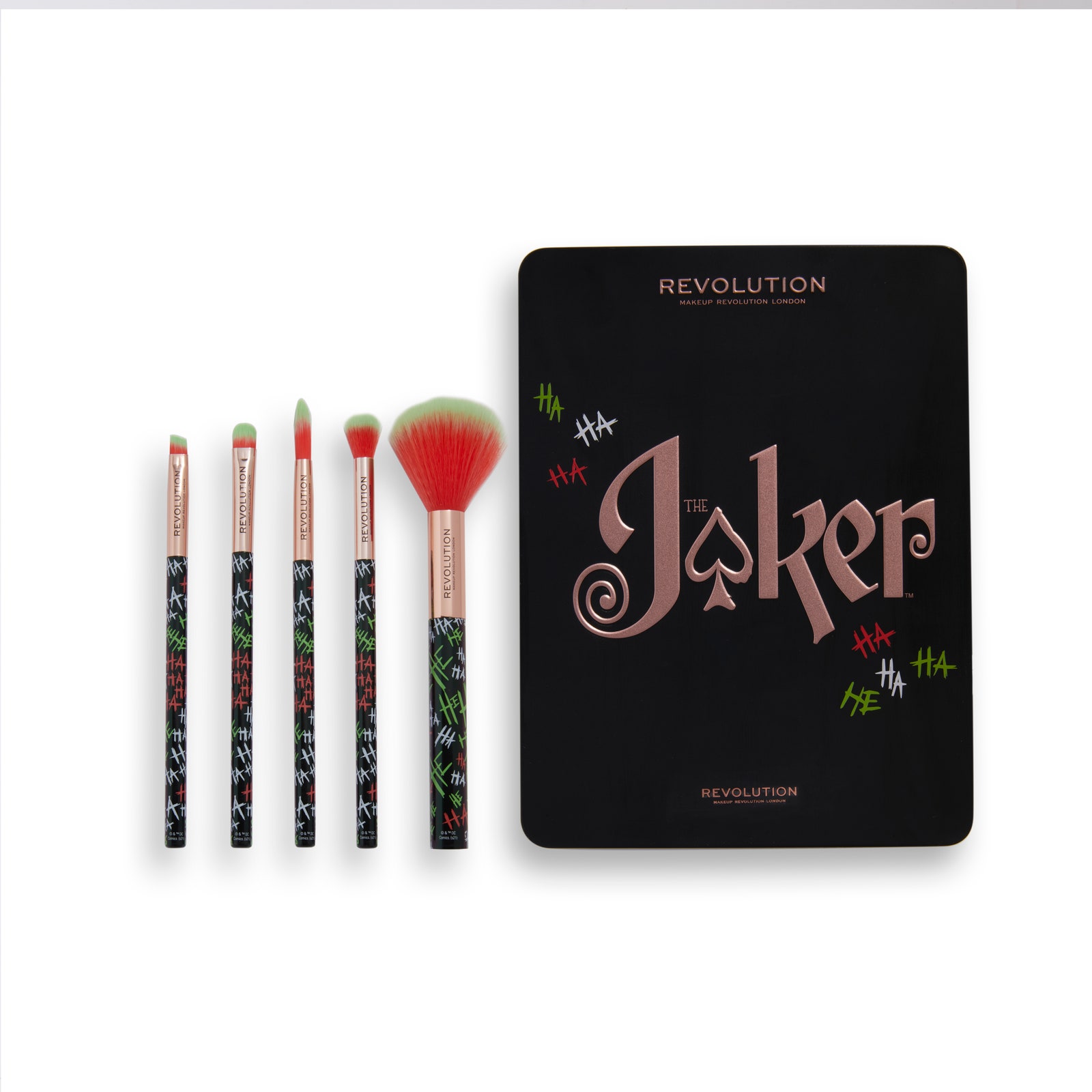 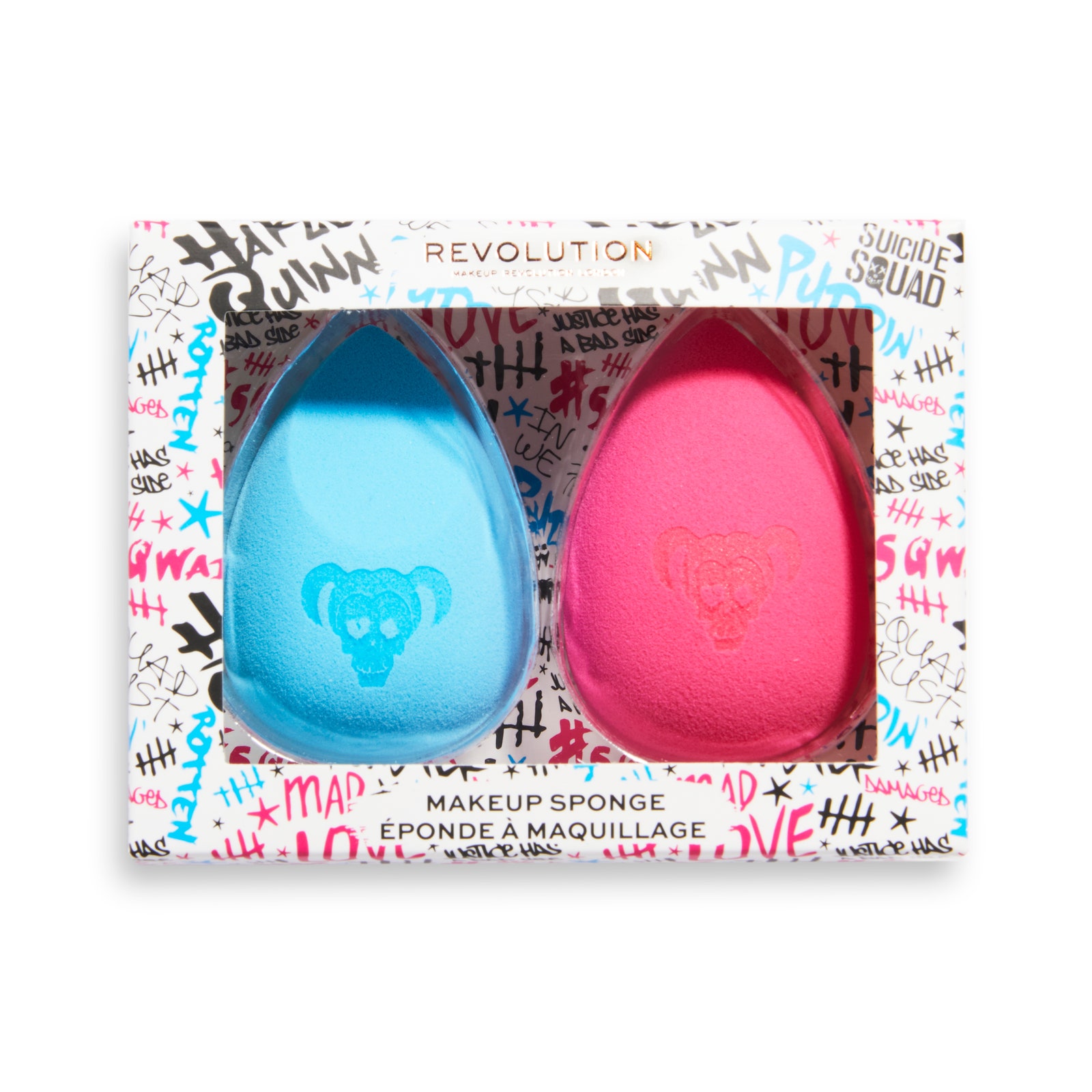 Harley Quinn What We Are Bad Guys Makeup Sponge Duo 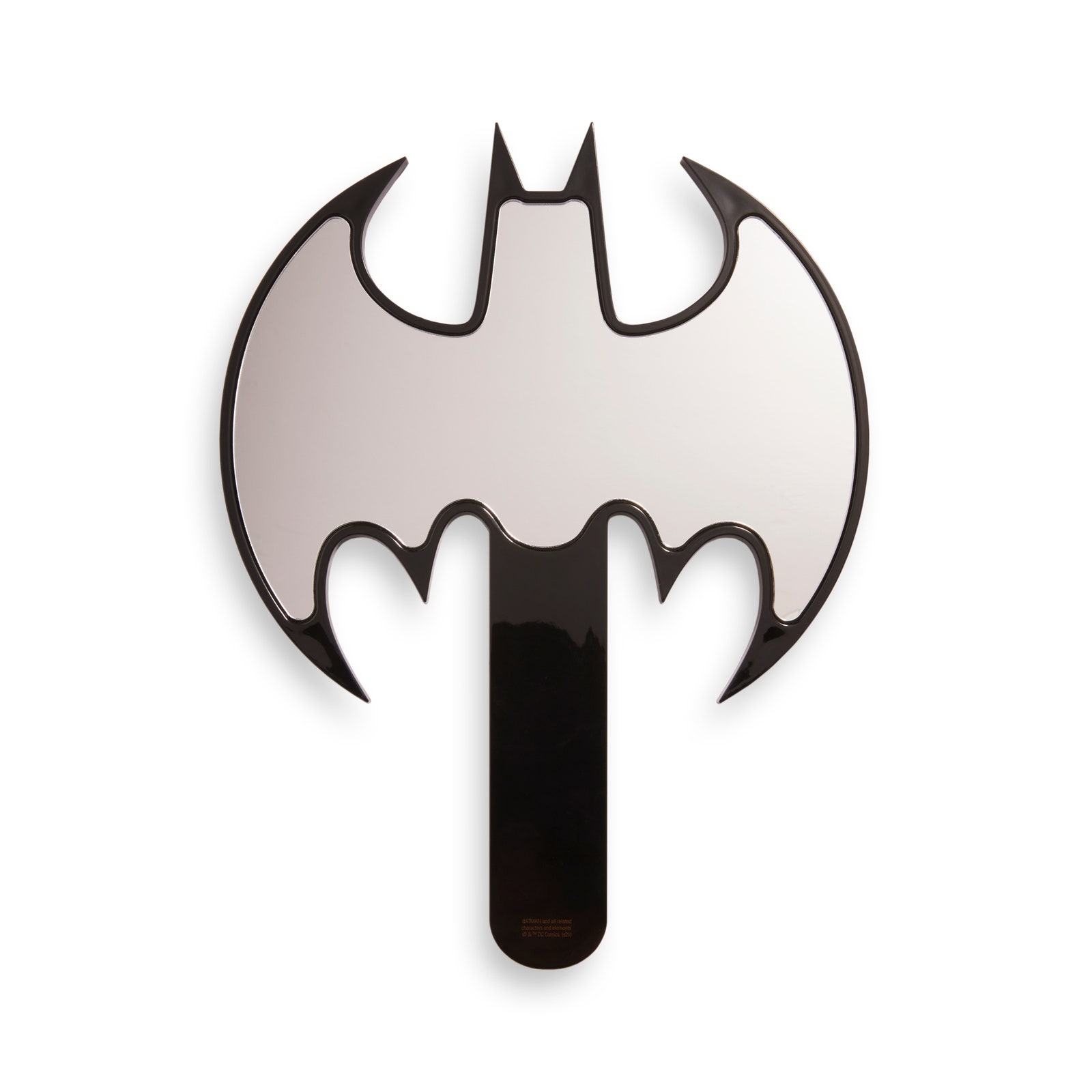 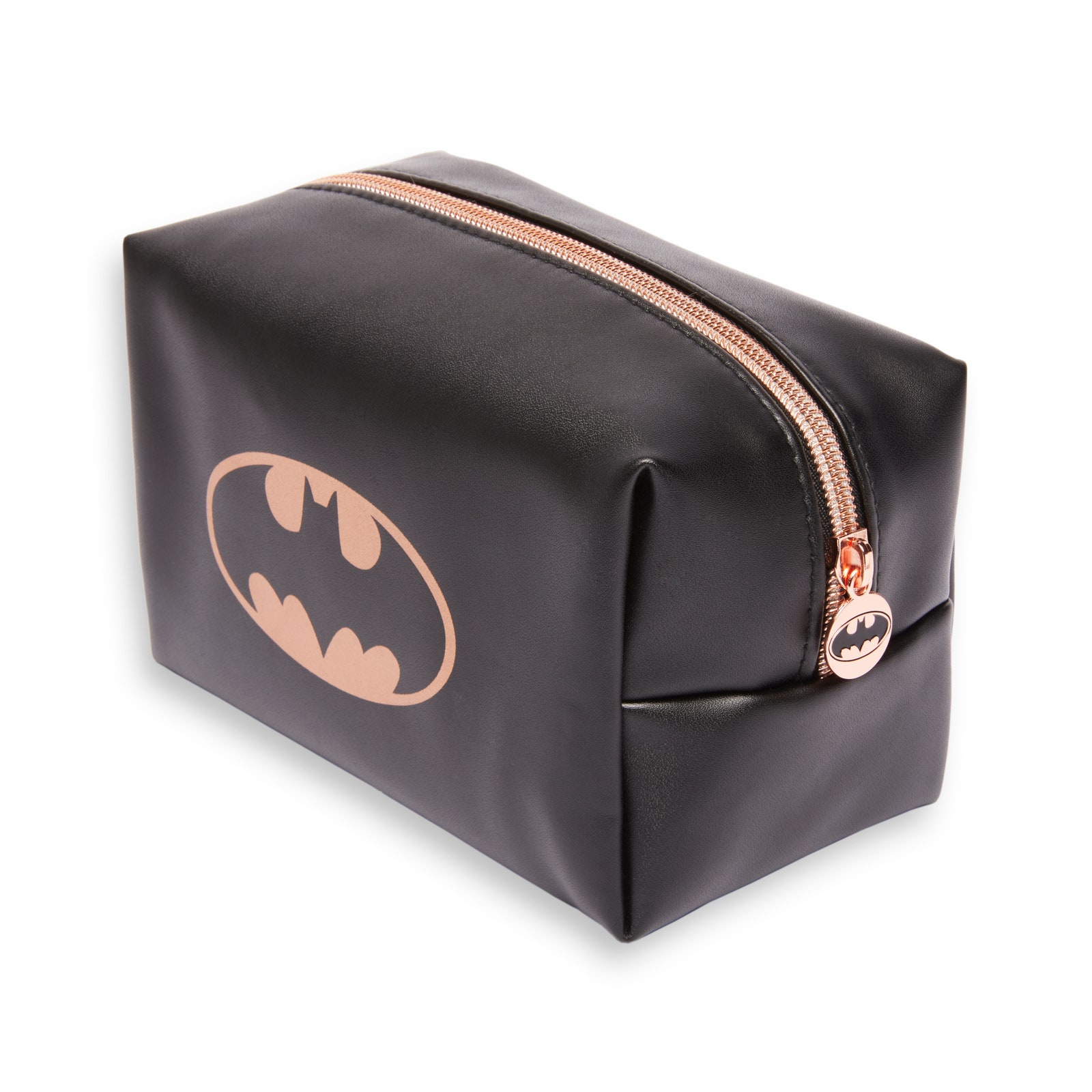 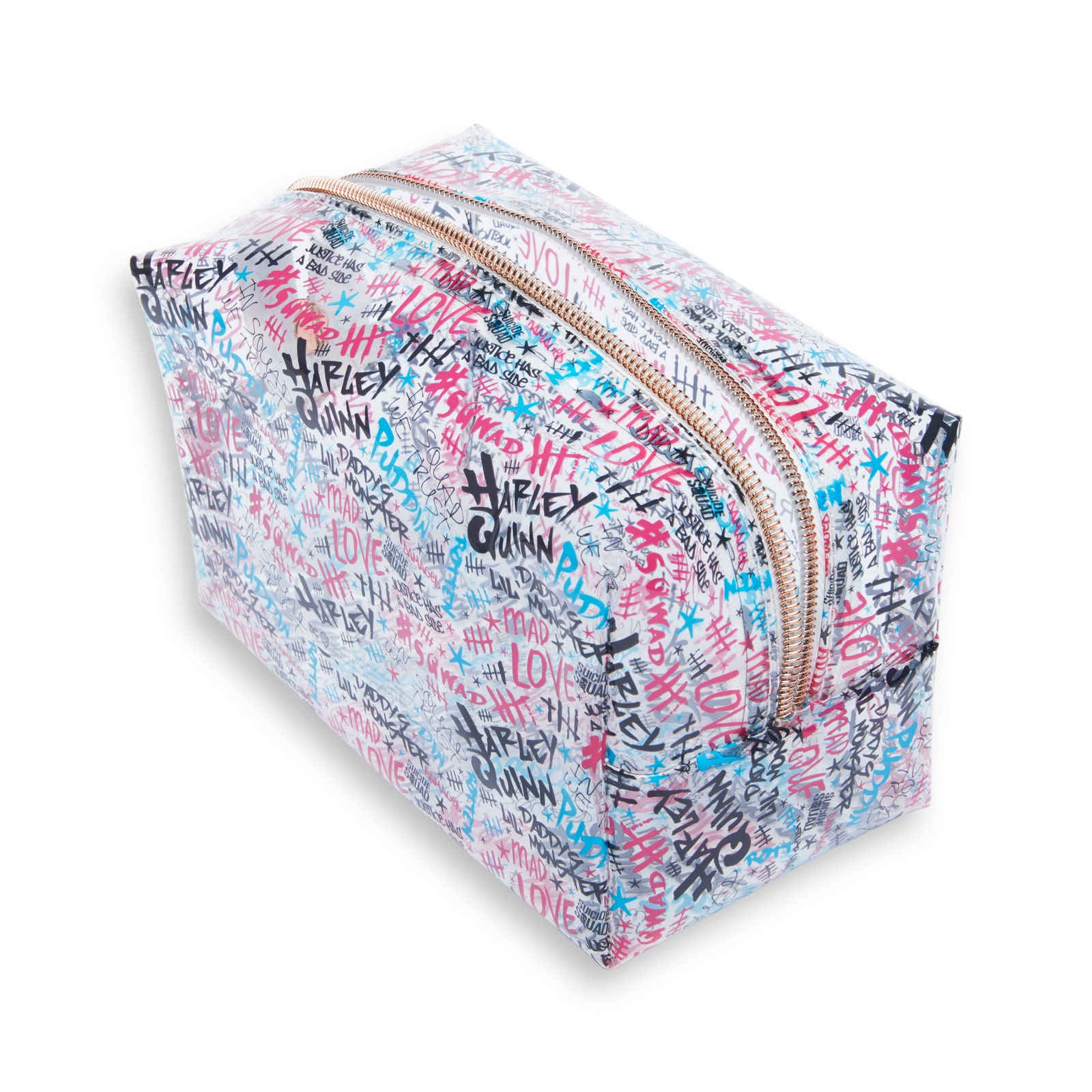 The Makeup Revolution x DC Comics collection runs $8 to $28 and launches at Target and revolutionbeauty.com on September 3.