Netflix show 13 Reasons Why DID increase suicide risks: One psych ward found half the teens who watched it later tried to take their own lives

Half of teenagers that watched the controversial TV show 13 Reasons Why say that the show increased their risks of suicide, a new study reveals.

After the debut of the Netflix series, which chronicles the lives of teenagers in the aftermath of their 17-year-old classmate’s suicide, Google searchers for ‘suicide’ surged, raising concerns among public health officials and psychologists.

Suicide and mental health issues have been on the rise in the US in general and among teenagers in particular and some have worried that 13 Reasons Why glamorizes suicide.

Now, there is data to back up that concern.

A University of Michigan survey of 87 teenagers who attempted suicide in the past year revealed that half of those who saw the show believed it ‘increased their suicide risk.’ 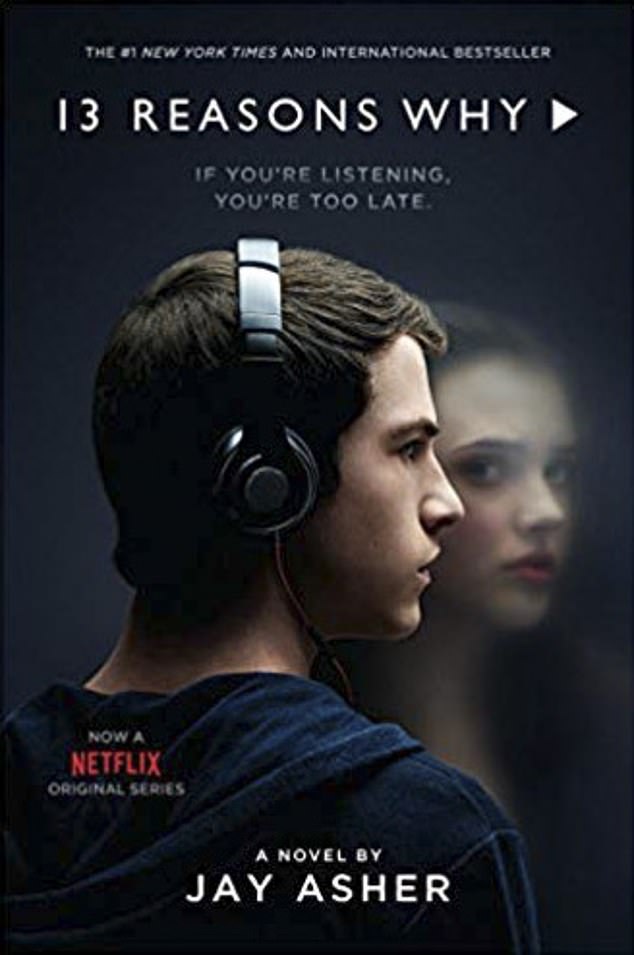 In the first week after 13 Reasons Why debuted, it set a record for most Tweeted-about new Netflix show.

And teenagers weren’t just tweeting about the show – they were Googling details of suicide and self harm.

The show, produced by Selena Gomez, gained a fervent following that doctors and parents worried was not adequately prepared to grapple with the material.

‘Its depiction of teen suicide has raised great concern among parents, health providers and educators.

The show’s premise was seen as some by an opportunity to destigmatize suicide and mental health issues, but by others as a Hollywood-telling of horrific events.

Season one of 13 Reasons Why followed the lives of teenagers to whom fictional 17-year-old Hannah sent tapes explaining how each contributed to her decision to end her own life.

The first season was not prefaced by any warnings about its content and the supplemental materials available online were dubbed lacking by many psychologists.

Surging Google searches for topics like ‘how to commit suicide’ floored experts, but, of course, they lacked adequate evidence that the show was harmful to get it pulled before a second season.

‘Our study doesn’t confirm that the show is increasing suicide risk, but it confirms that we should definitely be concerned about its impact on impressionable and vulnerable youth,’ said Dr Hong.

‘Few believe this type of media exposure will take kids who are not depressed and make them suicidal.

‘The concern is about how this may negatively impact youth who are already teetering on the edge.’

The research, published in the journal Psychiatric Services, also revealed teens who watched the program did not speak to adults about the suicide theme.

Producers of the second series, released in May 2018, added a disclaimer which urges young viewers to watch with a trusted adult and highlights the importance of seeking help.

The disclaimer may have been in part a response to several studies on the show’s ripple effects.

One such study found searches including ‘how to commit suicide” and ‘how to kill yourself’ increased by 26 percent following the show’s initial release on March 31 2017.

Dr Hong said his study began when colleagues at different children’s hospitals noted that they had  heard teens treated for suicidal symptoms talk about ’13 Reasons Why.’

He and his colleagues found that 81 percent of surveyed youths who had seen the show viewed it alone and were more likely to discuss their reactions with peers than with their adult family members.

Only 35 percent said they would discuss it with a parent.

Meanwhile few parents surveyed in the study had watched the series and some were unaware that their child had watched it.

The findings clash with a previous Netflix-commissioned report that found that 71 percent of youths in a US community sample talked to a parent about the series.

Dr Hong said this possibly indicates some differences in the ability or desire of youths at high risk of suicide to have such discussions with their parents.

Among the 43 who had watched it, 21 said they believed it had heightened their suicide risk.

Dr Hong said: ‘The data from our sample of teens demonstrated that kids who were at high risk of suicide did not reach out to adults.

‘They mostly watched the show alone or talked to friends, but they weren’t talking to parents, teachers or school counselors.

‘Youths who are in greatest need of adult support may be less likely to seek it out.’

Many who said they believed the series increased their suicide risk said they ‘strongly identified’ with the lead female character, Hannah Baker.

Dr Hong said: ‘The main character is easy to identify with.

‘She’s a teen girl who has suffered from sexual assault, bullying and anxiety – which, unfortunately, impact too many of our youth today.’

Researchers created a 44-item questionnaire to assess several aspects of youths’ interactions with ’13 Reasons Why’.

They said they used caution to avoid advertizing the series to those who were not already aware of it.

The authors said further research is needed to gauge how media content that focuses on youth suicide can influence the mental health and suicide risk of its viewers.

Study senior author Dr Cheryl King said: ‘Our findings support the need for tailored prevention programming for vulnerable youths and education and training for their parents.’

She added: ‘Parents whose kids may be vulnerable or at a high risk for suicide should be even more diligent about what their kids watch and if they are being exposed to content that could trigger them.

‘They also shouldn’t shy away from open, honest and difficult conversations with their kids about these topics.’