The All of Us Research Program has analyzed the genes of 150,000 Americans. The results are coming in 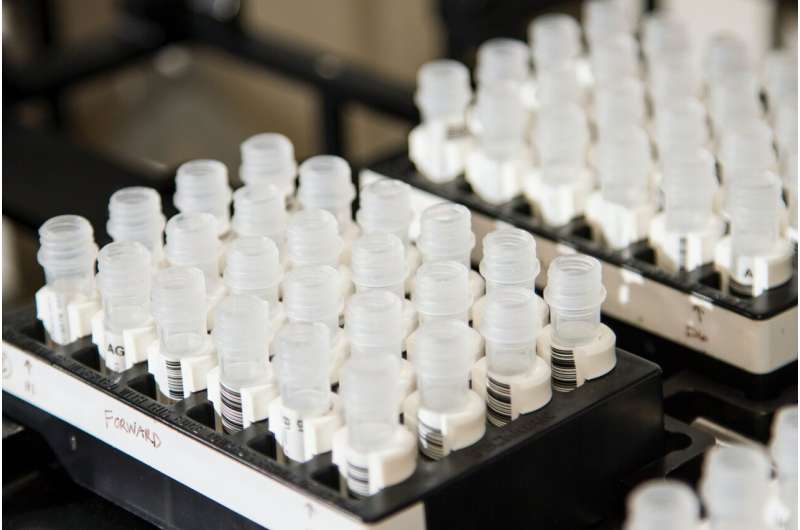 Now, when she gets a prescription, she said she feels empowered to tell her doctor that she’ll likely need a low dose—not based on her own instincts, but because of what her genetics showed. “It gives you information that makes you somewhat on an equal playing field when you go to your doctor’s office.”

Anderson, 54, a “gently retired” registered nurse from Boston, said that’s just one of the benefits she’s received by participating in the federal All of Us Research Program.

The program, run by the National Institutes of Health, has analyzed the genes of about 150,000 volunteers, including Anderson.

On Tuesday, the program announced that those volunteers will begin getting the results of their genetic analysis—information on things like how they metabolize medication, as well as their risks for certain diseases.

Why should someone consider participating in All of Us?

Anderson, who is Black, said she was very skeptical when she first heard about the program. “I had flashbacks of stories and history and all those things the average African American thinks about when you mention research,” she said.

Why, she wondered, should she reveal her private medical information, especially to the federal government, which doesn’t have a great record of safeguarding the health of Black Americans?

Then she thought about how her personal information isn’t really that private. Her doctor’s office has all her medical data and she uses her credit care online and in stores all the time.

“They’ve got so many bells and whistles and firewalls to protect your data, versus the wild risk you take every day,” she said.

By participating, she reasoned, she could learn something about herself as well as help shape the program and provide meaningful feedback.

“Having your voice heard is so powerful,” said Anderson, who receives a stipend as a program ambassador, joining monthly meetings with other participants. “If you don’t have a seat at the table now, you can’t complain about what’s being served later.”

What is the All of Us Research Program?

All of Us is about halfway toward its goal of collecting medical data on 1 million Americans to better understand the nation’s diversity. Among the first 500,000 participants, more than 60,000 have Hispanic ancestry, which is about four-times more than any previous study, said Edgar Gil Rico, director for innovation at the National Alliance for Hispanic Health, which has helped recruit participants for the program.

Genetic studies have largely included people of European ancestry, but findings might be different for people from other backgrounds. The APOE4 gene, which has been labeled as an Alzheimer’s risk gene, seems to confer more risk among those with European ancestry than among Black Americans.

About half the participants who have had their genes sequenced so far identify as belonging to a racial or ethnic minority and even more are either low-income, have a disability, live in a rural location or are otherwise historically underrepresented in research.

“The fundamental driver of the program is diversity,” said Dr. Josh Denny, chief executive officer of the All of Us Research Program.

Having medical data on large numbers of people also allows researchers to better understand both “normal” diversity as well as common diseases. More than 3,000 research studies have been launched using All of Us data.

Typically, large-scale research projects have collected information from volunteers, but not returned data to them. All of Us makes a point of sharing information with its volunteers, such as how quickly people like Anderson metabolize medications.

For now, people do not routinely get genetic information from their health care provider, so they stand to gain information by volunteering that they would not otherwise know, Denny said.

With this information, “we can get greater insights and alter someone’s trajectory of care,” he said.

What kind of information can people learn by participating?

Like the for-profit genetic information systems, All of Us lets participants know what their genes show about their ancestry. Anderson said she assumed that her genes would show a heavy background from Africa.

“But I love that it broke it down specifically,” she said. More than three-quarters of her ancestors were from sub-Saharan Africa, including Ghana, the study showed. “It makes it feel more real,” Anderson said of her background.

Anderson, who has suffered from kidney disease, said she’s also glad that she can provide information about her own problems to the larger project, hopefully helping others with the condition.

Other information returned to participants includes data on lactose intolerance and whether their genes predispose them to like cilantro.

The information on metabolizing medication can be particularly important for people who need treatment after a heart attack, Denny said. For someone with a mutation like his, the risk of having a second heart attack would be 50% to 60% higher if given the standard medication, because it wouldn’t work. A different therapy would reduce that risk.

Results to be returned next, which Anderson has not seen yet, will reveal information about risk for genetic diseases.

Only about 3% to 5% of participants will learn that they have a high risk for 59 genetic diseases like the BRCA1 and BRCA2 genes that predispose women for breast and ovarian cancers and men for breast and prostate tumors.

All 59 are “actionable,” meaning someone can do something to reduce their risk of disease if they are found to have one of these mutations, said Alicia Zhou, chief science officer of Color Health, which supports the programs genetic data reporting and counseling.

“This is useful for the folks who have a pathogenic finding, but also for those who don’t,” Zhou said.

While people can get some of this information on their own through commercial products, the All of US program provides support from genetic counselors to help people understand this information, Rico said.

Anderson isn’t concerned about what she might learn from her genes. Information is power, she said.

“I’m looking forward to any and all information,” she said. “I’m ready for it.”