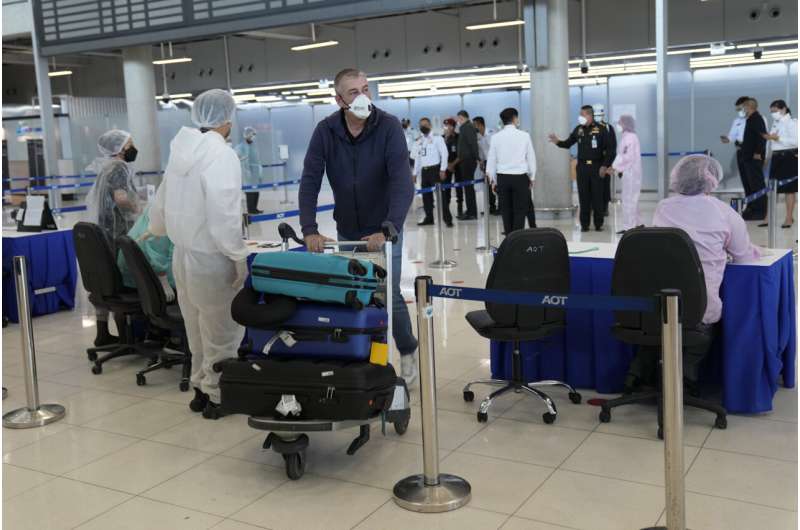 Thailand on Tuesday decided to immediately reimpose a mandatory quarantine for visitors and suspend a “test-and-go” scheme for fully vaccinated arrivals as concerns grow over the spread of the omicron variant of the coronavirus, the government said.

The decision is a blow to efforts to revive Thailand’s battered tourism sector ahead of the peak holiday season.

Government spokesman Thanakorn Wangboonkongchana also announced the suspension of “sandbox” programs that allow visitors to remain and move around specific locations, except for the resort island of Phuket, where he said it will stay in effect.

“This is not to shut off tourists but to temporarily suspend arrivals,” he said. He added that the decision would be reviewed on Jan. 4.

He said about 200,000 people who have registered for the “test-and-go” scheme, known as Thailand Pass, but have not yet entered Thailand will be allowed to come. They will be subject to a coronavirus test on arrival and a second test seven days later at the expense of the government. He did not provide further details.

Prime Minister Prayuth Chan-ocha said Thailand will not accept any new applications for the “test-and-go” program.

“Today we no longer accept more applications for travelers. No new applications,” he told reporters. “We have about 200,000 travelers who already registered. No other restrictions apply for these people, but we will have to track them.”

He added that “from now, we are back to the old system of quarantine when entering.”

The decision came after Thailand recorded its first case of domestic transmission of the omicron variant last week, when a returning resident tested negative on arrival but later tested positive and infected members of his family. The few other positive cases were all caught after testing on arrival and quarantined.

Thailand and other countries in Southeast Asia eased entry restrictions for fully vaccinated travelers in November in an effort to kickstart tourism, a major revenue earner that collapsed with the start of the pandemic. But with the exception of Thailand, few have attracted the return of many foreign visitors due to complex entry requirements.

Bali, a prime tourism destination, has had only a few dozen foreign tourists since it reopened, and Cambodia and Vietnam have also struggled.

Starting in November, Thailand began reopening to fully vaccinated visitors without quarantine, easing a lockdown that caused massive job losses and hardship. Tourism accounted for some 20% of the economy before the pandemic. 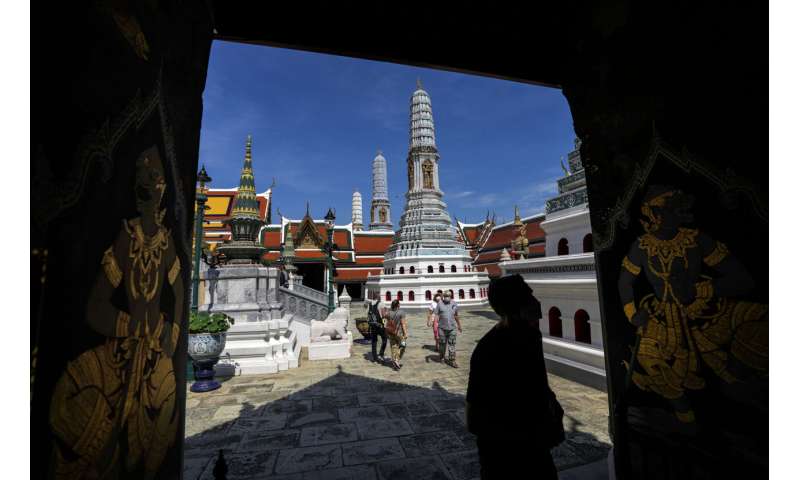 With the onset of omicron, Thailand and other countries in Asia moved swiftly to block entry from an initial group of African nations. But Thailand kept its “test-and-go” program active for fully vaccinated travelers from more than 60 countries.

Under the scheme, fully vaccinated visitors had to show negative results from RT-PCR tests before flying and upon their arrival had a second PCR test. They had to spend their first night in a government-approved hotel awaiting their test results. If the results were negative, they could travel anywhere in Thailand.

Thailand had by far the most ambitious program in the region to allow travelers to enter and move around the country. It eased restrictions after a successful vaccination program that has seen 100 million doses administered to its population of about 60 million people. Booster programs are already underway around the country.

Thailand tested the waters with a “sandbox” program under which it reopened Phuket in July to fully vaccinated visitors without quarantine, allowing them free movement on the island for 14 days and then onward travel throughout the country. It then cut the requirement to seven days, but actively tracked visitors and required them to undergo RT-PCR tests on day one and seven.

Since Thailand reopened to tourists on Nov. 1 with “test-and-go,” it has received 290,000 visitors, 130,000 of them in November. Last week, Phuket even had fully booked resorts.

Thailand shut its borders to most foreign visitors in April last year after local transmission of the coronavirus started to climb. Foreign tourist arrivals in 2019 were almost 40 million but plunged to 6.7 million in 2020, with most of those visitors coming in the first quarter.

Most countries in Asia have reported only a handful of omicron cases so far, or in the case of India, about 200.

India, which also opened to vaccinated tourists in November, has since suspended commercial international flights until Jan. 31 as global alarm over the variant grows. Still, international travel has continued via a number of flights from countries that India had agreements with.

Japan, where the vast majority of the population is vaccinated, now bans entry to most foreign nationals.