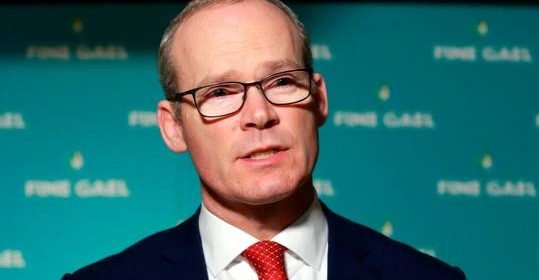 Tánaiste Simon Coveney pleaded for compromise as he insisted the Government was doing everything possible to avoid an all-out nurses strike on Wednesday.

Mr Coveney – speaking in Cork at a Capita Customer Solutions jobs announcement – warned that while the Government are examining options to resolve the nurses pay and working conditions demands, Ireland cannot afford the consequences of breaching public sector pay deals.

But he acknowledged the concern the threatened strike action has caused for patients and the elderly across Ireland with more than 40,000 nurses set to back the strike action.

The strike is set to coincide with a weather alert as freezing temperatures sweep across Ireland.

“Of course we are concerned – an all-out nurses strike on Wednesday would cause very, very significant disruption for patients. We don’t want to see that,” he said.

“We respect nurses and indeed nurses unions. They are great people – doing a very difficult job and I hope that we will be able to find a way of avoiding strike action on Wednesday. “By working with nurses unions to find a way forward that they can accept but that is also consistent with the wage agreements.”

The Tanaiste said that with Ireland facing uncertainty over Brexit and other global economic challenges, the country must stick to public sector pay guidelines.

“The country simply cannot afford to breach agreements that we have already put in place across the public sector generally,” he warned.

“This is about trying to show some willingness to reach out on both sides to find a way forward that is consistent with the public sector pay agreements and I hope that we can make some progress on that.”