Study finds dieters may overestimate the healthiness of their eating habits 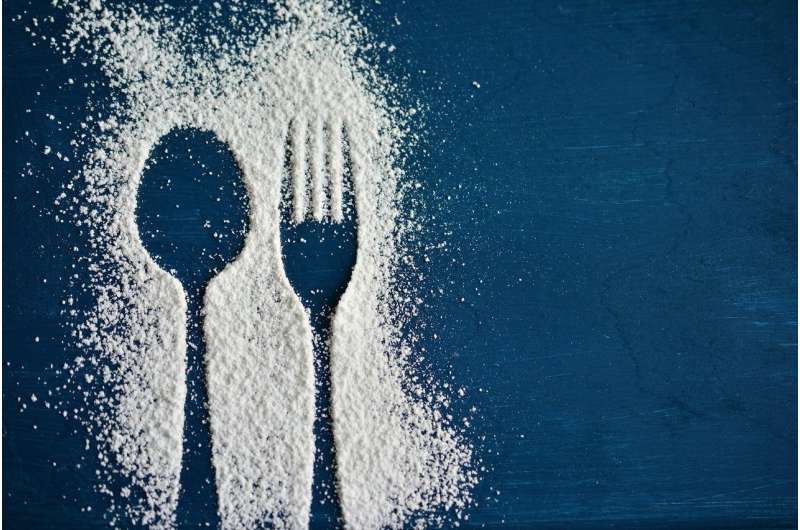 In a small study, most adults seeking to lose weight overestimated the healthiness of their diet, according to preliminary research to be presented at the American Heart Association’s Scientific Sessions 2022. The meeting, held in person in Chicago and virtually, Nov. 5-7, 2022, is a premier global exchange of the latest scientific advancements, research and evidence-based clinical practice updates in cardiovascular science.

“We found that while people generally know that fruits and vegetables are healthy, there may be a disconnect between what researchers and health care professionals consider to be a healthy and balanced diet compared to what the public thinks is a healthy and balanced diet,” said study author Jessica Cheng, Ph.D., a postdoctoral research fellow in epidemiology at the Harvard T. H. Chan School of Public Health and in general internal medicine at Massachusetts General Hospital, both in Boston. This research was conducted while Dr. Cheng was a predoctoral fellow/Ph.D. candidate in the department of epidemiology at the University of Pittsburgh School of Public Health.

Nearly half of adults in the U.S. try to lose weight each year, according to the Centers for Disease Control and Prevention, with a majority attempting to eat more fruits, vegetables and salads. Healthy eating is essential for heart and general health, and longevity. Dietary guidance from the American Heart Association issued in 2021 advises adults to eat a variety of fruits and vegetables; opt for whole grains rather than refined grains; choose healthy protein sources; substitute nonfat and low-fat dairy products for full-fat versions; choose lean cuts of meat (for those who eat meat); use liquid plant oils instead of tropical oils and animal fats; choose minimally processed over ultra-processed foods; minimize foods and beverages with added sugar; choose foods with little or no added salt; and limit or avoid alcohol.

Researchers evaluated the diets of 116 adults aged 35–58 years old in the greater Pittsburgh, PA, area who were trying to lose weight. Study participants met one-on-one with a dietitian to discuss their nutrition and then tracked everything they ate and drank every day for one year on the Fitbit app. They also weighed themselves daily and wore a Fitbit device to track their physical activity.

Researchers calculated a Healthy Eating Index (HEI) score at the beginning and end of the study based on the types of foods that participants reported eating. Participants were asked to complete a 24-hour food recall for two days at each time point. The HEI is a measure for assessing how closely a dietary pattern aligns with the U.S. government’s Dietary Guidelines for Americans. A score of 0 to 100 is possible, with a higher score indicating a healthier diet. The score is based on the frequency of eating various dietary components such fruits, vegetables, whole and refined grains, meat and seafood, sodium, fats and sugars.

Participants self-scored their beginning and ending diet quality to determine their perceived scores. Their scores were also on a 0-100 scale based on the components of the HEI. The self-assessment of their beginning diet was a “look back” as they scored both their starting and ending diets at the end of the study. The difference in their starting and ending score was their perceived diet change. A difference of 6 points or less between the researchers’ HEI score and the participant’s perceived score was considered “good agreement.”

“People attempting to lose weight or health professionals who are helping people with weight loss or nutrition-related goals should be aware that there is likely more room for improvement in the diet than may be expected,” said Cheng. She suggests providing concrete information on what areas of their diet can be improved and how to go about making healthy, sustainable nutrition changes.

“Future studies should examine the effects of helping people close the gap between their perceptions and objective diet quality measurements,” she said.

“Overestimating the perceived healthiness of food intake could lead to weight gain, frustrations over not meeting personal weight loss goals or lower likelihood of adopting healthier eating habits,” said Deepika Laddu, Ph.D., an assistant professor in the College of Applied Health Sciences at the University of Illinois, Chicago, and chair of the American Heart Association’s Council on Lifestyle Behavioral Change for Improving Health Factors. “While misperception of diet intake is common among dieters, these findings provide additional support for behavioral counseling interventions that include more frequent contacts with health care professionals, such as dieticians or health coaches, to address the gaps in perception and support long-lasting, realistic healthy eating behaviors.”

Among the study’s limitations are that participants were mostly female (79%) and the majority reported white race (84%), so the findings may not apply in the same ways to other populations. In addition, the researchers assessed diet quality perceptions only at the end of the study. Assessments throughout the study may have helped to answer questions, such as whether perception became more realistic over the course of the study or whether a person’s perception of their diet helps or hinders them from making dietary changes.