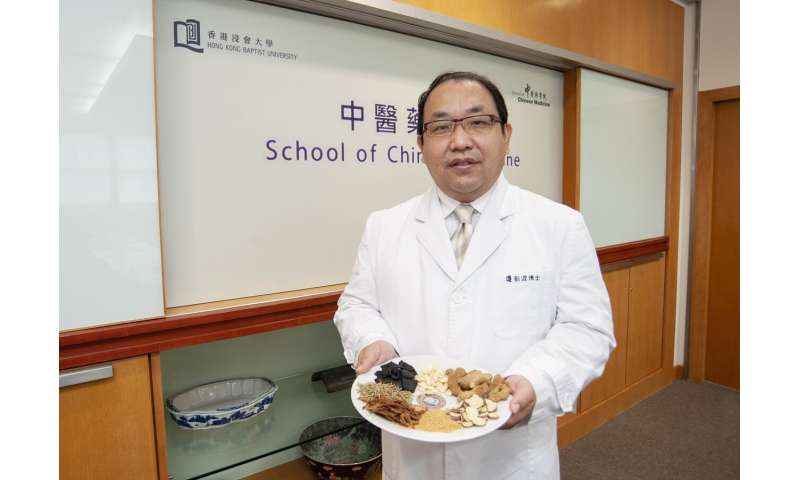 According to a clinical study conducted by the School of Chinese Medicine (SCM) at Hong Kong Baptist University (HKBU), nearly 90% of the patients who took a six-week course of Chinese medicine formula for the treatment of “cold type” asthma had their asthma symptoms eliminated or relieved. Among this group of patients, over half had their symptoms eliminated, while 35% had their symptoms relieved or significantly relieved.

From the perspective of Chinese medicine, asthma is characterized by the episodic rumbling of sputum in the throat and wheezing of the breath. It can be divided into “cold type” and “heat type.” Patients with cold type asthma have white and sticky sputum and the attacks are triggered by cold, while patients with heat type asthma have yellow and thick sputum which is triggered by heat.

Asthma is caused by inherited abnormalities and purulent sputum. It can be triggered by external factors such as exogenous disease, diet, emotion and tiredness. During an asthma attack, patients breathe with an audible wheezing sound and feel short of breath. In severe situations, they cannot lie down while panting.

According to data released by the Census and Statistics Department in 2014, around 68,000 people were diagnosed with asthma in Hong Kong. Figures released by the Department of Health show that in 2018, a total of 7,220 patients were either discharged or died from asthma in public and private hospitals.

Chinese medicine formula eliminates symptoms for over half of patients

Dr. Peng Bo, Assistant Professor of Practice in the Clinical Division of SCM, recorded and analyzed the clinical data of 60 asthma patients who attended the HKBU Chinese medicine clinics between 2015 and 2019. The number of male and female patients was about the same, and 65% of them had moderate asthma, while 35% had mild asthma. Most of the patients were adults, and 30%, 55% and 15% of them had suffered from asthma for more than 30 years, 11 to 30 years, and less than 10 years respectively.

The six-week course of Chinese medicine formula taken by the patients was prescribed based on two traditional formulas. The ingredients include cooked rehmannia root, deerhorn gelatin, cinnamon, prepared dried ginger and ephedra. The formula worked effectively in 88% of patients, and 32 patients (53%) had their asthma symptoms eliminated, 16 patients (27%) had their symptoms significantly relieved, and five patients (8%) had their symptoms relieved. The remaining seven patients showed no improvement. Among the 32 patients with eliminated symptoms, shortness of breath disappeared in four days on average, and coughing disappeared in six days on average.