In intense times, I'm looking for reasons to hope

Hope is the most fundamental of human qualities. It has the power to nourish and sustain.

Holocaust survivor Victor Frankl observed in his memoir, Man’s Search For Meaning, that those who survived longest in Auschwitz were often those who found a way to have hope and purpose. 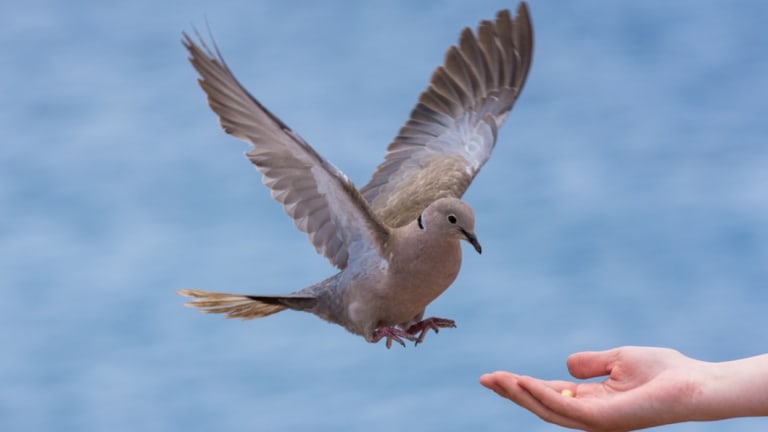 Looking for reasons to hope is sustaining.Credit:Stocksy

Their active choices to comfort others, give away their last piece of bread or remember the joy felt with loved ones, helped keep them alive.

“Everything can be taken from a man but one thing: the last of the human freedom’s – to choose one’s attitude in any given set of circumstances, to choose one’s way,” Frankl wrote.

In these times of heightened fear and instability, hope can feel ephemeral, almost too far from reach.

As someone with a natural propensity for catastrophic thinking, I have to fight the pull of despair as I read headlines about how our planet is cooked, violent extremism is on the rise and the human race is doomed.

It takes courage and concerted effort to choose to see the hope in humanity.

But it is there in abundance if we lift our heads from our phones and take a moment to witness what’s right in front of us.

In my book Happy Never After, I named a chapter Look For The Helpers as I explored ways to cope with the seemingly endless onslaught of bad news that defines modern life.

It’s a phrase coined by the children’s TV host Fred Rogers and one that continues to provide comfort when a perfect storm of life challenges and depressing world events threaten to overwhelm me.

I will continue to look for the goodness in people and in the world. Even when it’s hard.

When Fred was a boy and he saw scary things on the news his mother would say, “Look for the helpers. You will always find people who are helping.”

It’s a potent reminder of the incredible resilience of the human spirit and the goodness that prospers even amid the most senseless tragedies.

We saw it in Bourke Street last week when ordinary members of the public rushed to help police, with a shopping trolley, a chair, whatever they could do to keep strangers safe from harm.

We saw it with the police who put their lives at risk to protect ours, or the hospital staff who cared for the injured.

And we see it whenever communities face tragedy or adversity – the number of people who show courage, compassion and kindness, always vastly outweighs the small minority who are cruel, indifferent or seek to do us harm.

Barack Obama talked about the “audacity of hope” and in a tumultuous modern age it truly is an act of defiance to focus more on what binds us than divides us.

But that is surely what we must do. To surrender to despair would be to abandon the marginalised and maligned, and send a message to future generations that the world they will inherit is not worth fighting for.

So while our hearts may break for the loss of good people like Sisto Malaspina, the Pellegrini’s icon killed on Bourke Street last week, I won’t let mine harden with fear or hate.

Instead I find hope in the outpouring of love for a man who was himself a helper and touched the lives of so many in Melbourne with his warmth, generosity and openness.

We would do well to be more like Sisto. It is in these simple, everyday acts of human connection that hope abides.

As the sign on Pellegrini's window said recently: "It is necessary to still create beauty. To still find joy."

And people are creating that beauty in myriad ways in every corner of the globe.

I find hope in the proliferation of projects such as Kindness Factory and Wake Up Project led by ordinary people who understand that even the smallest gesture of goodwill can change lives and create a ripple effect far beyond the individual.

There is hope in movements like Refugees Welcome and Welcome to Australia that are helping to unite us by inviting refugees and people seeking asylum into their homes and communities.

And I also find comfort in Positive News, part of a growing ‘constructive journalism’ movement that replaces ‘if it bleeds, it leads’ news priorities with an ‘if it succeeds, it leads’ focus.

Here you’ll find stories that might not ordinarily gain prominence, like endangered species making a recovery after being pushed to the brink of extinction, women who clear deadly landmines, or the world’s first plastic-free supermarket aisle.

It is the first media organisation in the world to focus on what’s going right, and adding it to my traditional news intake has left me feeling more hopeful about the future of the planet.

I’m not in denial about the colossal challenges we face, nor will I turn my head from suffering or injustice. But I refuse to surrender to hopelessness.

As the editor-in-chief of Positive News, Seán Dagan Wood, points out, while we can acknowledge the bad stuff, “it would be wrong, in our knowledge or imagination, to disown anyone of their achievements, strengths, loves and joys. At the global level, there is also another side to the story.”

So I will continue to look for the goodness in people and in the world. Even when it’s hard. I will keep looking for the helpers. That is where hope flourishes.

Jill Stark is the author of Happy Never After: Why The Happiness Fairytale Is Driving Us Mad (And How I Flipped The Script)