‘Schools should have NHS counsellors to tackle mental welfare crisis’

Every school should have its own NHS counsellor for pupils to tackle a crisis in mental welfare, England’s Children’s Commissioner says.

Anne Longfield said children ‘do not want a formal or medicalised child and adolescent mental health services’ and would prefer to see someone in schools.

Rising numbers of children are seeking mental health treatment, with experts partly blaming this on cyberbullying through social media. 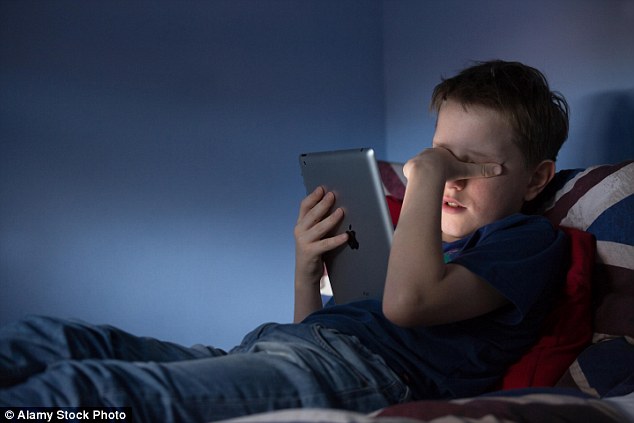 Every school should have its own NHS counsellor for pupils to tackle a crisis in mental welfare, England’s Children’s Commissioner Anne Longfield says. Stock picture of a boy looking upset in his bedroom which was used in an online cyber bullying campaign

‘Most want to be able to access support through their school,’ said Mrs Longfield. ‘Others are keen on online support. The most vulnerable children need services to come to them.

‘I want to see the Government and NHS England dramatically increasing the level of ambition for children’s mental health services.

‘There also needs to be a focus on early help. An NHS-funded counsellor in every school, providing a service that is accessible and child-friendly, would be transformative.’

Her report found only a ‘small fraction’ of those who need mental health support were able to access services last year. Of more than 338,000 children referred to child and adolescent mental health services – CAMHS – last year, only 31 per cent received treatment within a year.

Another 37 per cent were not accepted into treatment or discharged after an assessment, and a further 32 per cent were still on waiting lists at the end of the year. While services overall have improved, more must be done, Mrs Longfield said.

The report sets out how children’s mental health services need an additional £1.7billion a year. Mrs Longfield said that providing help when problems emerge would reap benefits as youngsters enter adulthood, help keep children in school and potentially steer them away from risks such as gangs.

The report praises progress in some services, with nearly 80 per cent of children starting treatment for eating disorders being seen within four weeks. But it found the rate of improvement ‘highly variable’ and noted capacity is not keeping pace with demand.

Less than 3 per cent of children in England accessed CAMHS last year, a small fraction of those who need help.

Figures released later today are expected to show a rise in the number of children with mental health needs.

The Children’s Commissioner report adds that, of the children who actually enter treatment, only half did so within six weeks. Data released earlier this week showed nine in ten of adults seeking talking therapy for anxiety and depression were seen within this time frame.

As well as calls for additional money, Mrs Longfield added that there should be a large expansion of specialist treatment services for children. ‘By 2023, the NHS should be in a position to ensure no child who needs help is turned away,’ she said.

Emma Thomas, of charity YoungMinds, said it was dealing with daily calls from parents whose children have been waiting for mental health support, or been refused because thresholds for treatment are so high.

She added: ‘In some cases children start to self-harm, become suicidal or drop out of school while waiting.’