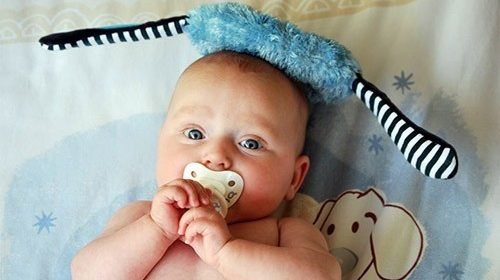 Parents themselves often lick a fallen pacifier before giving it to the baby. Oddly enough, this can be useful for the health of the child. The research on this topic conducted by the American organization of the health System the Henry Ford (Henry Ford Health System). It was found that children whose parents are doing such an archaic Prem with a pacifier in the blood lower the level of antibodies associated with the development of asthma and other allergic diseases.

The researchers suggest that this is because parents can pass their saliva normal bacteria of the mouth, which affect early development of the immune system of the child.

Although we can not say that there is a direct causal relationship, but I can tell you that the microbes, the effects of which the child is exposed to early life, will affect the further development of his immune system. According to our data, children whose nipples with his mouth cleared the parents had a low level of IgE in age from 10 months to 18 months – says Elian Abu-AUD (Eliane Abou-Jaoude), the American allergist and the study’s lead author.

This retrospective study is the first in the United States on the assessment of the relationship between different ways of cleansing the nipples and immunoglobulin E (IgE), which are associated with the development of allergies and asthma. The obtained results confirm data from previous studies conducted in 2013 in Sweden, which reported on the relationship between licking the nipples of the infant parents and relatively less risk of Allergy development in children.

The study included 128 mothers who were asked how they cleaned the pacifier of the child: sterilize it in boiling water, wash in the dishwasher, wash with soap and water or simply suck. It appeared that 30 of the mothers sterilized the nipples of their children, 53 wash them with soap and water, and nine lick themselves.

The researchers then compared the IgE levels in infants at birth, at the age of 6 and 18 months, given way to clean the nipples and found that the IgE levels at the age of 18 months was significantly lower in those infants whose mothers licked the nipple to clear it. Additional analyses showed that differences in antibody levels was first observed after about 10 months.

However, Dr. Abu-AOD warns parents against premature conclusions, as according to him, for a detailed study of the relationship between lazaniem nipples and reduced levels of Allergy requires further study.