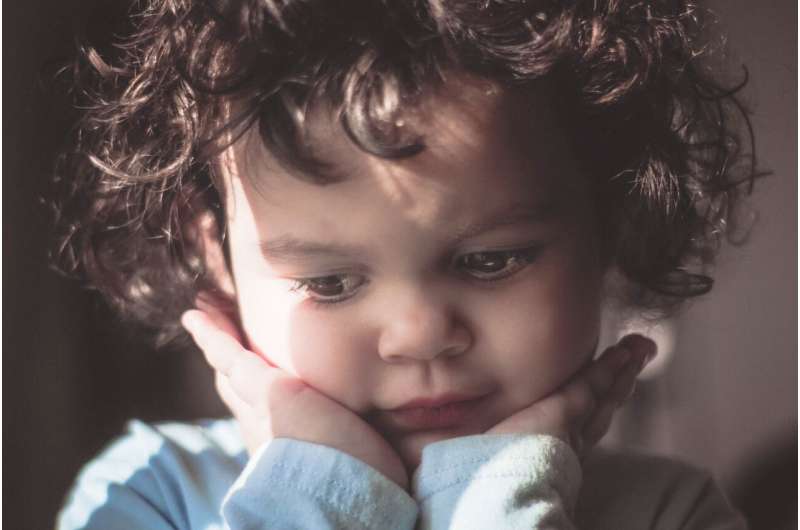 A large international team of researchers has conducted a genotypic spectrum analysis for uncombable hair syndrome (UHS) and in so doing has found two pathogenic missense variants in PADI3 that account for the majority of cases. In their paper published in JAMA Dermatology, the group describes how they studied the genes of 107 children with the syndrome to identify its genetic roots.

UHS is a rare condition where a person’s hair grows in a way that prevents it from lying down when combed—the result is a wild patch of unruly hair. Prior research has shown that the syndrome is almost always in children who grow out of it as they move into their teens. Children with the syndrome have also been found to have inherited the syndrome from both parents, though neither of them has to have it for the child to be affected. It has also been noted that the vast majority of those affected are Caucasian and have blond hair, leading to its nickname of spun-glass hair syndrome. Prior research has also shown that the unruliness is due to hair growing at right angles to the scalp and this is due to misshapen hair follicles. In 2016, some of the members of the current team were able to identify gene variants in 11 children they tested.

In this new effort, the researchers recruited a much larger group of volunteers for testing—107 children with the syndrome. In analyzing their genes, the researchers found a genetic reason for the syndrome in 80 of the volunteers. And in 76 of those people, they found mutations in the PADI3 gene. They note that prior research has shown that the PADI3 gene is responsible for encoding an enzyme that is involved in the production of trichohyalin—one of the main proteins found in hair.