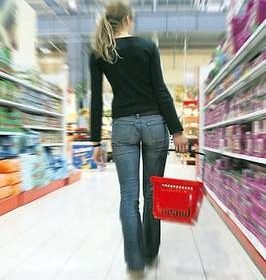 Diets that include “ultra-processed” ready meals can increase the risk of early death, research suggests.

Scientists in France who studied a large population of more than 44,500 men and women aged 45 and older uncovered a strong link between eating badly and dying.

Every 10pc increase in ultra-processed food consumption was associated with a 14pc greater risk of death from any cause.

Study participants provided information about their eating habits, lifestyle, and socio-economic background before having their progress monitored for seven years.

Ultra-processed food was defined as food manufactured through multiple industrial processes and mostly consumed in the form of snacks, desserts or ready-to-eat or heat meals.

During the follow-up period researchers recorded 602 deaths – 1.4% of the total group. These included 219 deaths caused by cancer and 34 by heart and artery disease.

The scientists, led by Dr Laure Schnabel from Paris-Sorbonne University, wrote in the journal ‘Jama Internal Medicine’: “An increase in ultra-processed foods consumption appears to be associated with an overall higher mortality risk among this adult population.

“Further prospective studies are needed to confirm these findings and to disentangle the various mechanisms by which ultra-processed foods may affect health.”

Consumption of ready meals and other forms of ultra-processed food accounted for an average 29pc of total calorie intake, the study found.

These and other factors were taken into account by the researchers.

There could be several explanations for the findings, the scientists said.

Some ultra-processed foods contained large amounts of salt, and high sodium intake had been associated with higher rates of cardiovascular disease death and stomach cancer.

Excessive sugar in the diet was also linked to a greater risk of cardiovascular disease death.

In addition ultra-processed foods contained little fibre, which had been shown to reduce mortality risk.

For instance, titanium dioxide was widely used by the food industry but had been linked to intestinal inflammation and cancer.

There was also evidence that consumption of emulsifiers could have an effect on gut bacteria and promote cancer and metabolic syndrome, a pre-diabetic condition.

British statistician Professor Kevin McConway, from the Open University, warned that the French findings may not necessarily apply elsewhere.

But Professor Nita Forouhi, from Cambridge University, said: “The case against highly processed foods is mounting up, with this study adding importantly to a growing body of evidence on the health harms of ultra-processed foods.

“Though this research is observational, which has well-known limitations, the authors have made demonstrable attempts to reduce these. But some important limitations remain.”