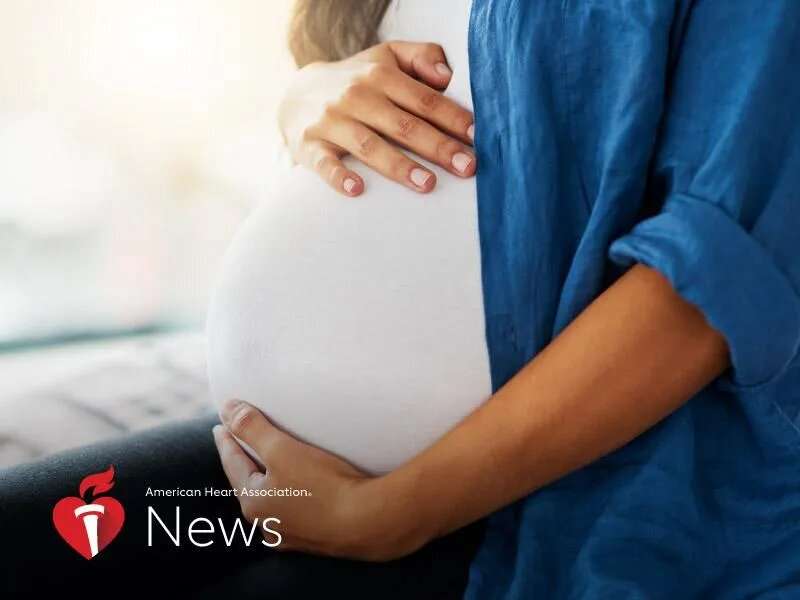 The rate of pregnancy-related high blood pressure disorders doubled in the U.S. between 2007 and 2019, according to new research that finds 1 in 5 births now results in such a disorder, a preterm delivery or a baby with low birth weight.

The study, published Wednesday in the Journal of the American Heart Association, fills in important details about women’s heart health during a crucial period of their lives, because those pregnancy complications are linked to a long-term risk of heart disease, said the study’s lead author Dr. Priya Freaney.

“Pregnancy can serve as a crystal ball for us to look into what may happen in the future for a woman’s cardiovascular health,” said Freaney, an advanced cardiovascular fellow at Northwestern University Feinberg School of Medicine in Chicago.

Researchers looked at rates of three problems, collectively known as adverse pregnancy outcomes, that account for many of the health complications pregnant women and their children experience: low birth weight, preterm deliveries and hypertensive disorders of pregnancy.

That third category includes preeclampsia and gestational hypertension, which are forms of high blood pressure during pregnancy.

Researchers used data from all 51.6 million births in the National Center for Health Statistics Natality Files from 2007 to 2019. After adjusting for the women’s age, researchers found the rate of high blood pressure-related disorders grew from 38.4 per 1,000 live births in 2007 to 77.8 in 2019.

Increases were similar across all age, racial and ethnic groups. That means there has not been a narrowing of previously established disparities between Black and white mothers, which Freaney called “unacceptable.”

The study also charted rates of preterm birth and babies with low birth weight. The higher rates in 2019, though slight, reversed a downward trend seen in 2014.

Both the recent increases in low birth weight and preterm birth appear to be driven by the increase in blood pressure issues during pregnancy, Freaney said. A woman with preeclampsia might need to be induced early, which would lead to a preterm delivery. A baby born early is more likely to have a low birth weight.

The average age of women giving birth increased to 29.1 years in 2019, up from 27.4 in 2007. The relative increase in problematic pregnancies was actually higher in younger women, Freaney said. “So that suggests that increasing maternal age is not really a prominent driver in these unfavorable trends and that we have to look into some of the other reasons for that.”

Dr. Nisha Parikh, a clinical cardiologist and associate professor of medicine at the University of California at San Francisco, called it “a fantastic paper on a really important topic.”

Parikh, who was not involved in the study, said that although the risks highlighted by the research are well known, the new data on rising rates paint a clearer picture of the broad public health burden.

Although the researchers suggested the increase in average maternal age was not significant, Parikh said it still might explain some of the problem. It’s also possible, she said, that the higher increase in hypertensive disorders, as compared with low birth weight and preterm delivery, may indicate blood pressure issues are being caught earlier thanks to closer monitoring by women and their doctors.

The problems could also reflect a general worsening of heart health among women in their childbearing years. So the findings highlight the need for women who are pregnant or plan to become pregnant to think about their heart health, said Parikh, who helped write an American Heart Association scientific statement last year about adverse pregnancy outcomes and cardiovascular disease risk.

Pregnancy often is a time when women focus on things that ensure the safe delivery of their baby, she said. “I think it’s also important to think about one’s own health” by getting proper amounts of physical activity and making healthy food choices.

More research is needed into the basic science of blood pressure disorders in pregnant women, Parikh said. “We still don’t know the exact underpinnings of preeclampsia,” or the link between preeclampsia and later cardiovascular disease. “Connecting all those dots will be really important.”