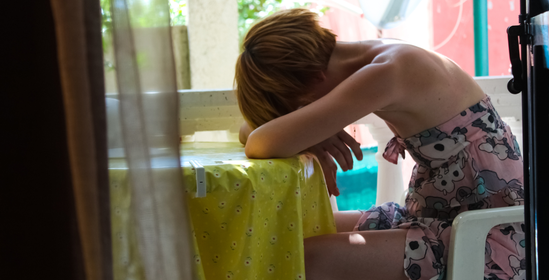 One in 13 young people in the UK experiences post-traumatic stress disorder (PTSD) before the age of 18, the first study of its kind suggests.

Senior researcher Professor Andrea Danese said the findings should serve as a “wake-up call”, with many young people failing to get the support they need.

The study, published in journal The Lancet Psychiatry, looked at more than 2,000 children born in England and Wales between 1994 and 1995.

In total, 7.8% experienced PTSD before reaching the age of 18.

However only one-fifth (20.6%) of this group said they had received help from a mental health professional in the last year.

Symptoms of the condition include distressing memories or nightmares, avoiding things which remind them of their trauma, and feelings of guilt, isolation and detachment.

It is believed to be the first comprehensive study examining trauma exposure and PTSD in young British people.

“Young people with PTSD are falling through the gaps in care and there is a pressing need for better access to mental health services.

Those who were exposed to a traumatic event before the age of 18 were twice as likely as their peers to have a range of mental health disorders, the researchers said.

Traumatic experiences included direct experience of assault, injury or sexual violation, but also “network trauma” – events which affected someone the young people knew, but which they did not witness in person.

Almost a third (29.2%) had a major depressive episode, 15.9% experienced alcohol dependence, and 8.3% had attempted suicide, the study found.

Many of those who had PTSD also presented with other mental health problems, with one in five (20.1%) attempting suicide and 54.7% experiencing a major depressive episode.

Dr Tim Dalgleish, from the University of Cambridge, said the results of the “landmark study” were “sobering”.

“Of particular concern is the relatively small proportion of affected youth who go on to access formal support or mental health services and the findings are a further wake-up call that service provision in the UK for children and adolescents dealing with the aftermath of trauma is woefully inadequate,” he said.