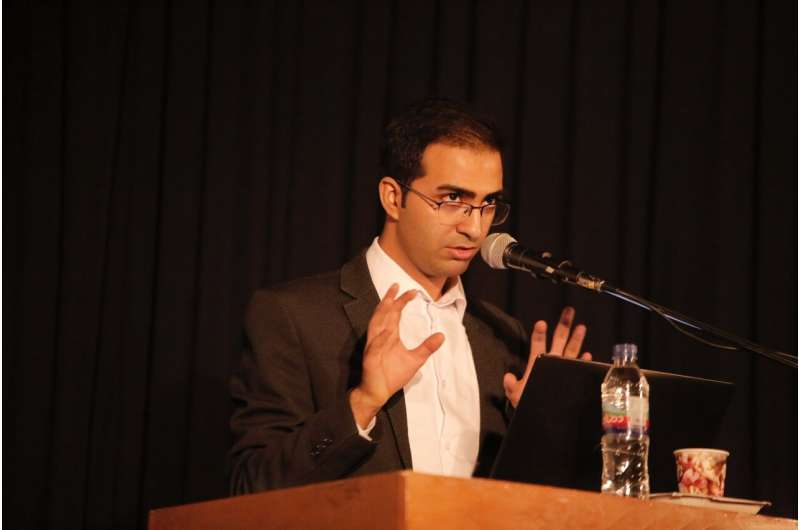 New findings on the effects of stress on memory suggest that people tend to recall information better when the information is related to the stressful event.

However, the factor of delay—that is, the time between a stressful event and learning information—does not appear to have as strong an influence on the relationship between stress and memory as previously thought.

“The effects of acute stress on memory encoding are complex,” said Grant Shields, lead author of a study published in Learning & Memory. “Our work shows that relevance of information to a stressor appears to play an important role in the effects of stress on encoding.”

Shields is assistant professor of psychological sciences in the Fulbright College of Arts and Sciences at the U of A. As a cognitive neuroscientist, he studies the effects of stress on cognitive processes.

Shields and co-authors Colton Hunter, doctoral student in psychological sciences at the U of A, and Andrew Yonelinas, psychology professor at the University of California, Davis, tested the recall of 130 young adults by manipulating acute stress, the delay between stress and memory encoding, and the relevance of information to the stressful event. Encoding is the initial learning of information.

The researchers found that stress during encoding led to greater recall of stress-relevant materials—in this case, a list of personality-related words. This was true compared to material not related to the stressor, non-personality words such as “muddy.” This effect was slightly greater for materials encoded during the stressor, rather than those encoded after a short delay, although the stress-relevance effect was not significantly different across the delay conditions.