We’re not ‘snowflakes’: Why young people have it harder than ever

By Jewel Topsfield and Sophie Aubrey 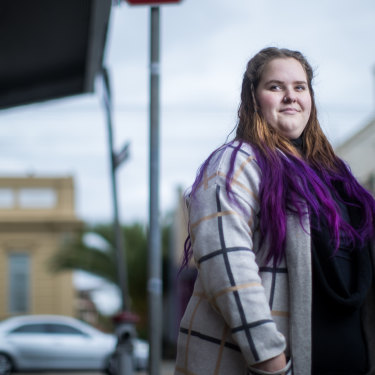 Amy Falconer was first diagnosed with depression when she was 12.Credit:Simon Schluter

Amy Falconer visualises her depression as the bottom of a pit. Sometimes she doesn’t realise she’s fallen down it until she looks up and sees the ramp disappearing. “I’ll sit at the bottom of my pit and I’ll go ‘OK, this is where I’m at. This is what it feels like’.” And then one day, when she is ready, Falconer slowly claws her way back to the top.

Falconer was first diagnosed with depression when she was 12. She believes the catalyst was the death of her grandfather coupled with a difficult transition to secondary school.

Falconer was 19 when COVID hit. “The pandemic completely threw me for a loop,” she says.

“The isolation, the loss of control, hearing about all the case numbers and deaths being managed by politics, whether you agreed with the decisions or not.”

Even now, Falconer doesn’t feel like she has her groove back. “I’m still very wary to go out. I struggled with that pre-pandemic as well, but now there’s just extra anxiety.”

Across the globe, experts are warning of another pandemic: the mental ill-health of young people.

A Resolve poll last month found a quarter of 16-24-year-old Australians thought about suicide over the past two years and 15 per cent had attempted self-harm. Eighty-two per cent of young people surveyed said they had experienced mental health issues during COVID-19.

Rates of suicide and self-harm increased among 15-24-year-olds in the last decade, according to government figures.

For the past nine months, The Age and The Sydney Morning Herald have interviewed young people for a podcast and series of stories focusing on youth mental health called Enough.

Some readers have responded to our coverage by suggesting this is a generation of “snowflakes” who lack resilience.

The term – popularised by the alt-right during the 2016 US presidential elections – denotes someone who is overly sensitive and easily triggered.

Like many of those we interviewed, Falconer has heard the “generation snowflake” label and considers it deeply unfair.

“I think the older generation was perceived as tougher because they were taught they just had to suck it up,” she says.

“The reason young people have been so neglected from a mental health point of view for decades is that there’s a tendency for older generations to blame and criticise young people,” says McGorry.

“Young people today do have a sense of uncertainty … about things my generation didn’t have to worry about when we were young,” Vine says.

Like many people her age, she says she is “deeply, deeply anxious about climate change”, as she processes the latest grim forecast from the United Nations.

“We are faced with a future impacted by climate change but feel we have very little say in that future even though we inherit it.” 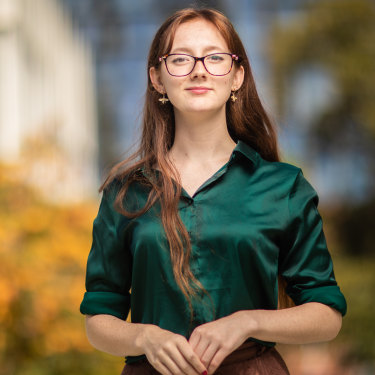 Olivia Sutherland says worrying about the fate of the planet affects her mental health.Credit:Scott McNaughton

In 2019 a survey by youth mental health organisation ReachOut found 80 per cent of Australian students aged 14 to 23 were somewhat or very anxious about climate change. Close to half experienced these emotions on a weekly basis.

“The climate is top of mind at the moment with the floods in NSW and Queensland,” says the CEO of ReachOut, Ashley de Silva.

“The compounding trauma of living through extreme weather events – bushfires, floods, droughts – along with increasing levels of anxiety about the future cannot be ignored,” Martin wrote.

“It is past time for a whole-of-government, whole-of-parliament approach to mental health and suicide prevention that takes into account wider environmental considerations.”

Falconer has resigned herself to never having kids. “I don’t want to bring them into a world where they are going to die at 50.”

She now actively avoids the news.

“If I didn’t I would be in a constant state of depression.”

It would have been unimaginable to previous generations to have every move photographed and commented upon, says Dr Grant Blashki, lead clinical adviser at Beyond Blue. “They are living in a very different zone.”

Social media can be helpful for young people to connect with others who share their interests or challenges: for example, fellow autistic teenagers or those from the LGBTQI+ community. 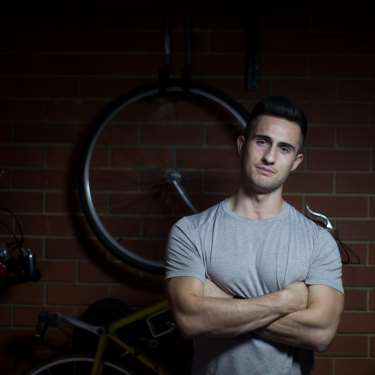 But Alex Rodriguez, 24, says there is also a “dark side” to social media.

Rodriguez has lived with an eating disorder, depression and anxiety.

“A lot of us are looking at other accounts and thinking other people’s lives are so much better than us or further ahead than us,” he says.

Social comparison is the chief risk associated with social media, according to headspace’s head of clinical practice Nick Duigan.

“Young people … are exposed to an extraordinary range of comparisons on apps, which can be incredibly unhealthy and unrealistic.”

Molli Johns, 19, developed an eating disorder in high school. She remembers being 13 and seeing endless social media posts instructing her on how to restrict her food. “I definitely fell into that trap and started copying all the people that I saw.”

Hickie doesn’t deny technology poses some problems, but thinks it’s too easy to blame social media. Instead, he sees the main driver behind youth mental illness as something more complex: a gradual breakdown of social connection.

“Many, many people feel excluded. And many, many of those are young people,” Hickie says.

In 2016 demographer Bernard Salt, a Baby Boomer, wryly suggested young people could get on the property ladder if they only gave up hipster cafes.

Rodriguez knows he should be excited about graduating from university, but cost-of-living pressures weigh heavily.

He has to find a rental property, land full-time work and start tackling his HECS debt.

“I’m desperate to move out and be independent and to own a house and to have a career, but things are just so much more expensive,” Rodriguez says.

“It’s hard to fit in enough work around study to save enough money to rent a house, let alone to buy one.” 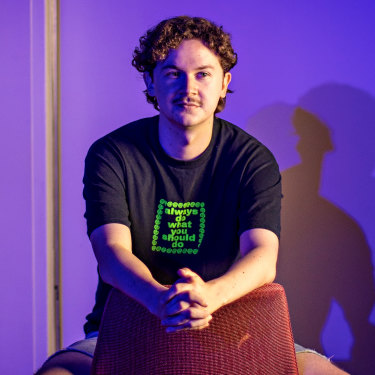 Isaac Percy is anxious about what his life will look like post-pandemic.Credit:Simon Schluter

Isaac Percy, who started experiencing anxiety when he was 19, feels like starting a family and finding somewhere to live shouldn’t be such a daunting prospect.

“But we’re living in a world where house prices are rising and where job security isn’t really considered for our generation,” Percy, 23, says.

Hickie says the lack of effective action on housing affordability is another example of young people being shunned by government policy.

Meanwhile the cost of renting has soared by about 10 per cent in many areas over the last year.

“Intergenerational disadvantage has grown starkly,” Hickie says. “People my age – I’m in my 60s – have become wealthier and wealthier.”

Lockdowns severed social connections and remote learning was tough for many. They missed out on normal rites of passage. “There was the camps, the graduation, the formals, as well as the 18th parties that everyone looks forward to in year 12,” says Nathan Gunn, one of the first alumni of the pandemic. 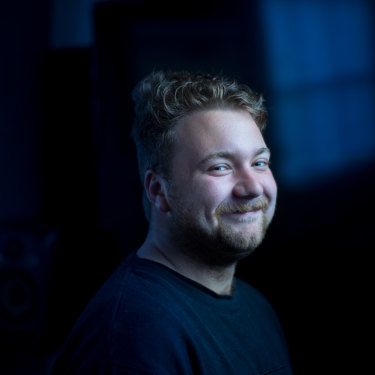 Nathan Gunn, who completed year 12 in 2020, missed out on normal rites of passage.Credit:Simon Schluter

Percy lives in Camden, just outside Sydney. His experience of the pandemic has been flanked by extreme weather: the devastation of the Black Summer bushfires and now freak storms.

“So many things are going on. It’s overwhelming and I’m sure that lots of panic and anxiety will come out of that,” says Percy. “How do I find the life that I’m looking for coming out of this?”

Ian Hickie says the COVID-19 pandemic is unique in that normally societies pull together during a disaster.

“In the past crises – wars, economic depressions – there was often a high social cohesion and a lot of scaffolding around young people,” he says.

“At the moment, [the scaffolding] is very weak and as a consequence, mental health problems among young people are high.”

“When I was a child we just didn’t have a language for mental health issues.”

Hollonds says the pandemic has opened up the conversation around children’s mental health.

Research has found that half of all lifetime mental health disorders emerge by age 14 and three-quarters by age 24. 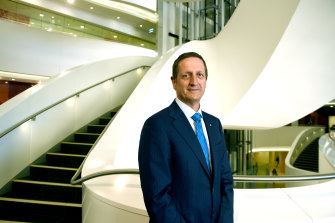 “But we really didn’t talk about this very much before COVID.”

So, what helps young people?

Percy’s friend died by suicide when he was 14. Instead of talking about his pain, teachers expected him to “move on and be tough”. Percy believes this contributed to his eventual anxiety diagnosis.

Opening up to his family and friends about his struggles had the greatest effect on lifting his mental health. “That’s when I felt the anxiety attacks go away.”

Vine believes shifting social dynamics in the home over time have in part driven up youth mental illness.