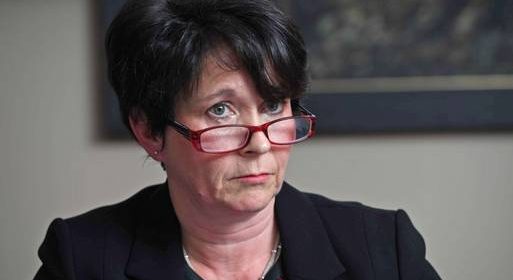 One of the 11 patients who suffered delayed diagnosis due to a hospital’s X-ray and scan failures was unaware they had lung cancer for almost a year-and-a-half.

The shocking revelation emerged yesterday in a report of a review of thousands of patient checks overseen by a locum radiologist in University Hospital Kerry.

The patient is one of four who has since died.

The serious extent of the delay suffered by the patients whose cancer was not diagnosed is revealed for the first time.

They ranged from seven weeks in the case of another deceased patient who had a rectal tumour that was not found in a CT scan.

A third patient died after their pancreatic cancer was not found for six weeks.

The fourth patient also passed away after a pelvic X-ray did not pick up that their cancer spread to the bone.

The delay had serious effects on the health of all the patients, six of whom had lung cancer.

The locum radiologist no longer works at the hospital.

The investigation was called for in September 2017 after three very ill patients were found to have cancer only after they came back to the hospital in July and August. They had got the all-clear weeks earlier.

Four more patients returned to the hospital in the autumn, complaining of ongoing symptoms. They were delivered the devastating news that they were victims of delayed diagnosis and had been given incorrect results.

It found a substantial rate of unreported clinically significant findings requiring clinical review to determine if patients should be recalled for imaging.

In total, 1,789 radiology reports were reviewed against other clinical records to determine if the patient had appropriate follow-up care at the time of the original examination and if the patient required repeat imaging.

Some 422 patients were identified for recall. Following repeat imaging 59 patients required further clinical follow-up or investigations and tens were referred to other hospitals for specialist care.

The review said the radiologist had a high volume of work. But there were earlier warning signs the doctor had overseen a number of ultrasounds of poor technical quality. It said that, as in all parts of medicine, there were problems of human error. In radiology, the day-to-day rate could be between 3-5pc.

The report said it did not want to imply the harm done was exclusively attributed to the individual radiologist and there were “many factors which influence an individual’s performance”. It found a substantial rate of unreported clinically significant findings requiring clinical review to determine if patients should be recalled for imaging.

The doctor has since been referred to the Medical Council. The report has a series of recommendations and an external review of the management of the hospital’s radiology department.