Rates of cancer are rising quicker in millennials because they’re fatter than previous generations, scientists say.

Obesity-related cancers – including bowel, womb and pancreatic – are significantly increasing in under-50s, suggesting numbers will soar in decades to come.

Experts warned it is further evidence of a time bomb which threatens to reverse decades of progress in cancer survival.

Two thirds of Britons are now overweight and more than a quarter of the population is obese. Being fat is one of the biggest avoidable causes of cancer. 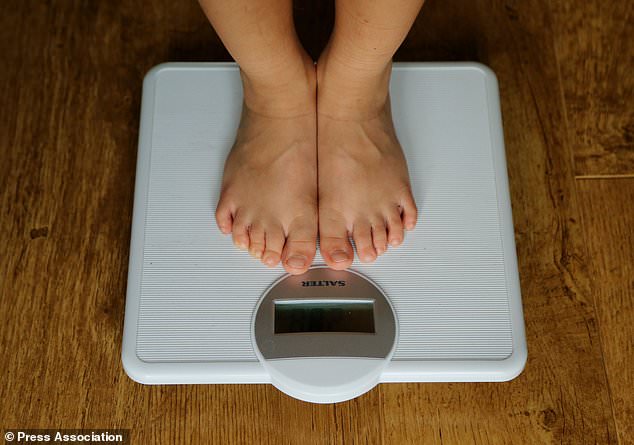 Researchers from the American Cancer Society studied cancer data covering half of the US population between 1995 and 2014.

They looked at 14,672,409 cases involving 30 of the most common cancer types, including 12 obesity-related cancers.

Researchers found diagnoses significantly increased over the 20 years in half of the cancers linked to obesity – with the rises steeper in younger groups.

Dr Ahmedin Jemal, from the American Cancer Society, said: ‘Our findings expose a recent change that could serve as a warning of an increased burden of obesity-related cancers to come in older adults.

HOW CAN OBESITY CAUSE CANCER?

Obese people will not definitely develop cancer but they are at a higher risk than people who are a healthy weight.

This is because fat cells are active in the body, releasing hormones and electrical signals which encourage cells to divide and grow.

Cancer is caused by an error in cell division which results in them multiplying uncontrollably and building up into tumours.

The more active cells a person has in their body, the higher the chance of one of them going rogue and triggering this chain reaction.

Obesity is also often associated with an unhealthy lifestyle – eating junk food and not getting enough fruit, vegetables or exercise – factors which are separate but linked and also known to increase the risk of cancer.

‘Most cancers occur in older adults, which means that as the young people in our study age, the burden of obesity-related cancer cases and deaths are likely to increase even more.

‘On the eve of World Cancer Day, it’s timely to consider what can be done to avert the impending rise.’

Obesity is now one of the most preventable causes of cancer, responsible for around one in 20 cases in the UK and one in 12 in the US.

The study found rates of the blood cancer multiple myeloma and cancers of the bowel, womb, gallbladder, kidney, pancreas, and thyroid all increased in adults aged between 25 and 49.

They also rose in older adults, except for bowel cancer, but by a smaller percentage.

The younger the age group, the greater the size of the increase in all seven of the cancer types except for thyroid cancer.

Dr Jemal said: ‘Over the past few decades, death rates have been in decline for most cancers, but in the future obesity could reverse that progress, barring any interventions.

‘Younger generations are experiencing earlier and longer-lasting exposure to excess fat and to obesity-related health conditions that can increase cancer risk.’

Experts said more research is needed to explore what is causing the rising rates because this study does not prove obesity is the only reason.

The research was published in the journal The Lancet Public Health.