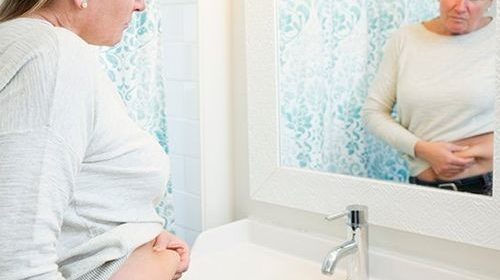 Older women, avoid at least part of excess weight, less likely to suffer breast cancer than those who have excess body weight stable. About it says a new American study published in the journal Cancer.

Obesity has long been known as a factor in the risk of breast cancer, but previous studies gave ambiguous answers to the question, does losing weight to prevent the disease.

In new scientific work, researchers measured body mass and the growth of 61000 women twice with an interval of three years. Further the participants were observed on average for 11.4 years. Breast cancer during that time have developed 3061 women.

Women who were able to lose at least 5% of weight within the first three years, the likelihood of disease was 12% lower than in women whose weight is not diminished.

Our results are consistent with the position that women can reduce the risk of cancer, losing some extra pounds, even if their weight remains excessive. Most thinner women in our study have not reached a normal body weight, says study author Dr. Rowan Khlebovskoe (Rowan Chlebowski) from the National medical center city of hope in California.

According to scientists, it should encourage women because most afford to lose weight to some extent.

All the participants of the study were in the age of menopause, when menstrual periods stop and falling levels of the sex hormone estrogen. During this period the main sources of estrogens in women is fat tissue. It is believed that the risk of breast cancer increases under the action of this hormone.

Weight gain of 5% or more in the study were not associated with increased overall risk of breast cancer. However, it is 54% increased risk of triple negative breast cancer severe, complicated post treatment.