Posted on Nichelle’s social media pages, the statement read: “I regret to inform you that a great light in the firmament no longer shines for us as it has for so many years… [She] succumbed to natural causes.” Having been most well known her portrayal of Nyota Uhura in Star Trek: The Original Series, it is reported that the star had been in Los Angeles filming another Star Trek movie called Renegades: Ominara, which only days before the announcement of her death, she said would be her “final performance”.

Johnson’s statement regarding his mother continued to say: “Her light, however, like the ancient galaxies now being seen for the first time, will remain for us and future generations to enjoy, learn from and draw inspiration.”

Often referred to as a “trailblazer”, the star shot to fame as Lt Nyota Uhura, helping to create a new era for television in the 1960s, after starting out as a dancer and nightclub singer.

Throughout her life she helped to break down racial barriers within the television business and even shared the first lip-to-lip interracial kiss on television with co-star William Shatner, who played Captain Kirk.

Having raked up a huge fanbase, when the star suffered from a stroke in her LA home back in 2015, naturally many were concerned. 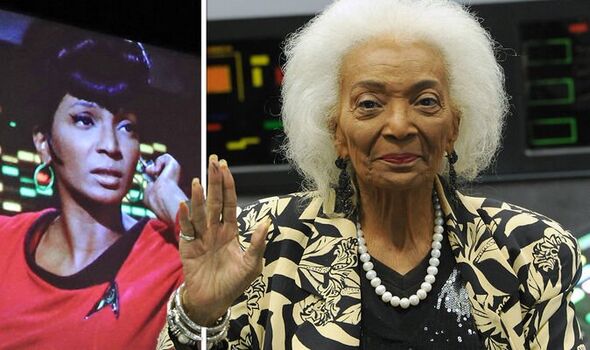