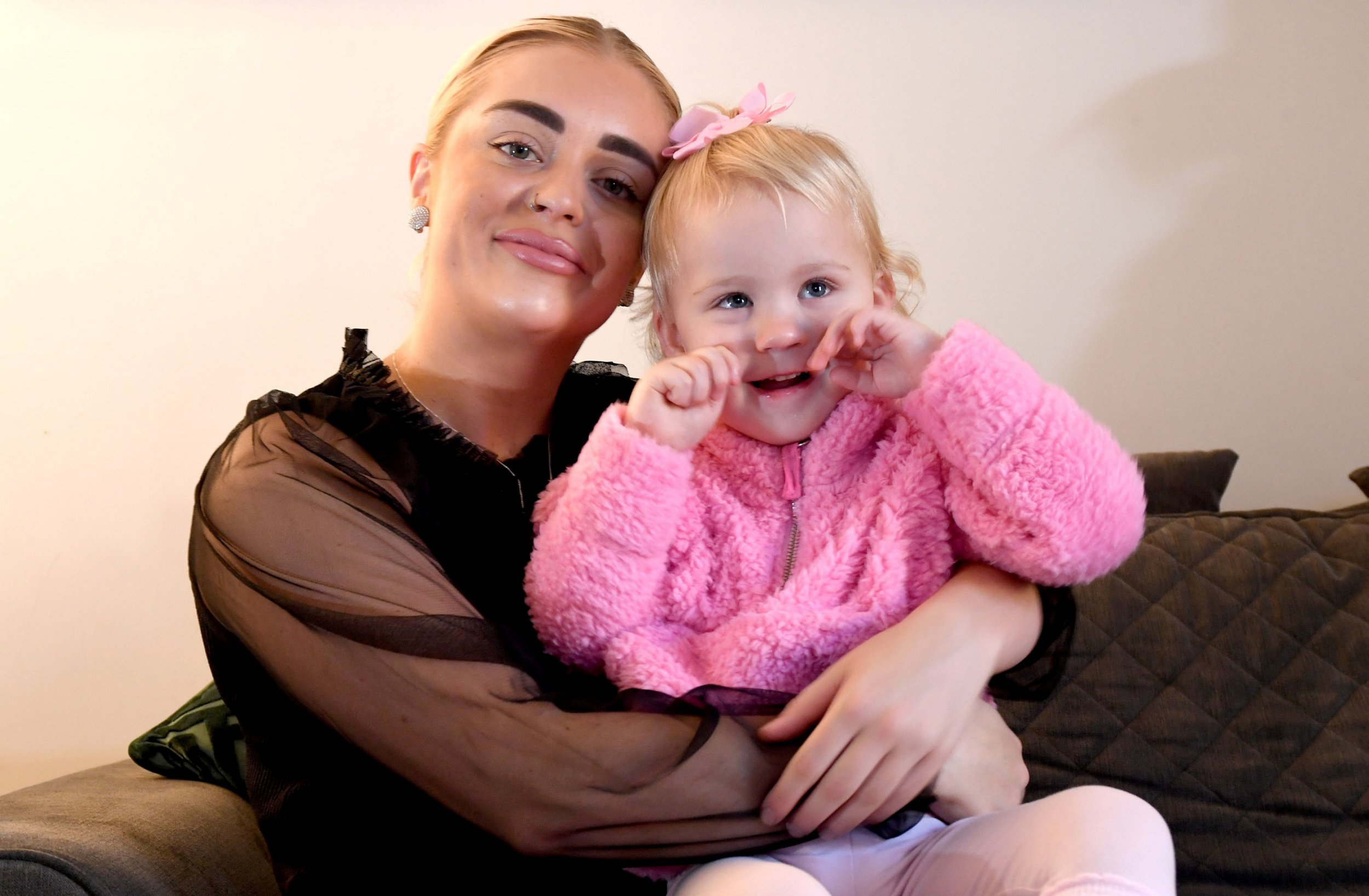 Mum Jordanna Tait, 25, is begging for help with her daughter’s rare condition that sees her eating the walls of her bedroom, TV remotes, and wooden furniture.

This means that Jordanna has been forced to quit her job as a sales account manager in order to stay home and constantly monitor the toddler to ensure she doesn’t try to eat anything around the house that could be dangerous.

‘I love her, she’s amazing, but I have no support.

‘As a mother it’s so scary, I have to watch her all the time.

“We’ve had to get rid of everything. I don’t know what’s going to happen next.

‘A paediatrician has said verbally that she is on the autism spectrum, we’re just waiting for a formal diagnosis.

‘I do get help for her autism, she has portage workers from the council and they’re fantastic. But there’s no help for the pica.

‘It’s so petrifying. I really don’t know what to do. There’s just no help at all.’

Signs of Dolly’s pica began when she was just one year old, and Jordanna began noticing that chunks had been bitten out of some cardboard boxes in the bedroom.

The mother went on to find segments of Dolly’s reading books and buttons from the remote control in her daughter’s nappy.

She then noticed that Dolly had started trying to eat her bed frame and other wooden furniture around the home.

The toddler now needs to undergo regular blood tests because of the dangers of lead poisonining from eating the walls of the house.

When Jordanna first went to her GP, she was asked if she was feeding Dolly enough snacks – and she has struggled to receive any treatment.

‘Dolly needs constant supervision at all times,’ Jordanna explained. ‘We have to keep our eyes on her.

‘It’s a very hard way to live. My anxiety has gone through the roof ever since we knew about this problem.

‘If I’m trying to read her a book, I have to keep her distracted so she doesn’t chew it.

‘She’s going to need all the help and support she can get, especially when she gets to school and they need to keep her safe.

‘Because she eats holes in the bedroom wall, the doctors are worried about lead poisoning in the paint.’

Dolly has a paediatrician but has spent a year on a waiting list to see a child psychologist.

The family was on a waiting list for a home assessment from an occupational therapist to give tips on how to make their two-bed semi safer, but Jordanna has now been told that won’t happen.

She added: ‘Occupational therapy had told me that she’s halfway down the waiting list so she would be seen in the new year, but now they’re saying there’s nothing they can do to help me.

Jordanna says the help just isn’t there for parents like herself and hopes to one day set up her own organisation to provide assistance.

She said: ‘I’ve had to fight for everything, it’s one of the reasons I had to quit work so I could help her.

‘I didn’t want her to go through school with no help.

‘I’m just a typical mum, I don’t know where to go for that help.

‘I’d like to set up a charity or something one day to fill that gap. If I could just help one person then I’ll be happy.’

Do you struggle with pica, or are you the parent of a child who has the condition?

We’d love to hear from you – please email [email protected] to share your story.