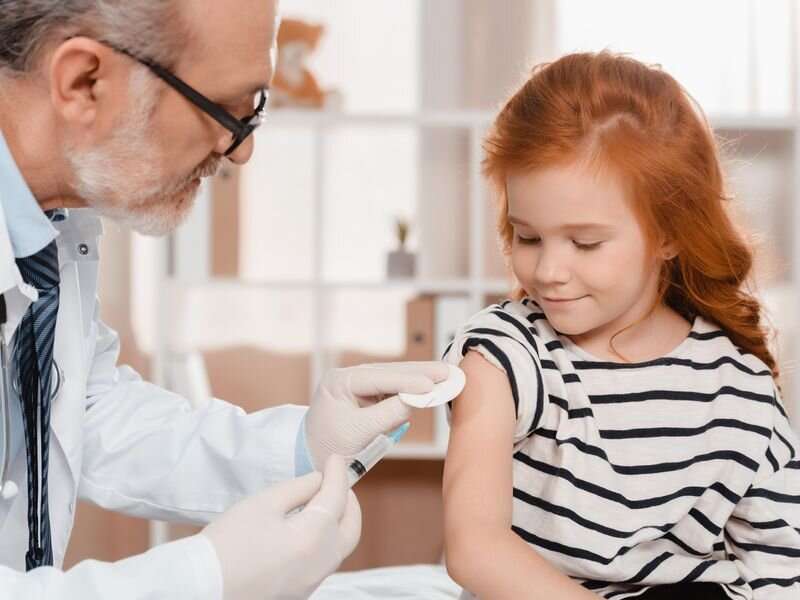 The pandemic’s focus on vaccines may have had a big downside: While kids have long been required to get certain shots to attend public school, a growing number of their parents now oppose these requirements, a new poll finds.

The opposition is highlighted in a new Kaiser Family Foundation survey and a 2019 Pew Research Center Poll. Kaiser surveyed more than 1,200 Americans online and by phone between Nov. 29 and Dec. 8 as part of its COVID Vaccine Monitor project.

“The talking point that has been circulated is the concept of taking away parents’ rights,” Dr. Sean O’Leary, chairman of the American Academy of Pediatrics’ committee on infectious diseases told the New York Times. “And when you frame it that simply, it’s very appealing to a certain segment of the population. But what about the right to have your children be safe in school from vaccine-preventable diseases?”

The new shift in opinion can be largely attributed to political position, Kaiser researchers said.

More than 4 in 10 respondents who identified as Republicans and Republican-leaning independents said they oppose public school vaccine requirements, up from 20% in 2019 before COVID vaccine controversies took hold.

About 88% of Democrats said they support public school vaccine requirements, up 2%.

But those views on school requirements didn’t line up with the public’s view of the value of vaccines for measles, mumps and rubella (MMR), the survey found.

About 85% of the public overall and 80% of parents said the benefits of MMR shots outweigh the risks.

Even among respondents who said they were not vaccinated for COVID-19, about 70% said the benefits of childhood vaccines outweighed the risks.

O’Leary told the Times he was not especially worried that vaccine mandates would be lifted. A greater concern, he said, is that the growing embrace of parental rights might slow compliance with state-required vaccination schedules—timelines long supported by pediatricians.

“We know a lot of kids missed their vaccines during the pandemic, not because they were refusing, but because, for many reasons, people weren’t going to the doctor,” he said. “And we do have a global dip in vaccine coverage. So this is not a time to be considering a rollback of these laws.”

Some of the feelings expressed in the new survey appear to be reflected in vaccine uptake.

In all, 22% of respondents said they had received a bivalent booster for COVID-19, which has been available since September. About 16% said they planned to do so.

The bivalent booster protects against the original COVID strain as well as some more contagious variants.

Among seniors, who have a higher risk of severe illness, 39% said they had gotten the booster and 16% said they planned to. In all, 38% of Democrats, 18% of independents and 12% of Republicans said they had received the new booster shot.

Among other reasons for hesitation: previous bad side effects (23%); waiting to see case numbers in their area (17%), and waiting until they travel (12%).

Parent hesitation to the bivalent boosters was even stronger. In all, 16% said their 12- to 17-year-olds have had shot and 14% had gotten it for their 5- to 11-year-olds.

The survey also revealed that many parents are as worried about other respiratory viruses as about COVID-19. About 47% said they feared their child would get COVID; 51% had worries about the flu, and 56% were concerned about RSV.

While about half were worried about increases in COVID cases and hospitalizations, only a third were concerned it would happen to them. Black and Hispanic adults and seniors were among those most concerned about serious illness.

More information:
The U.S. Centers for Disease Control and Prevention has more on childhood vaccines.