Man left on crutches after horror spider bite in bed 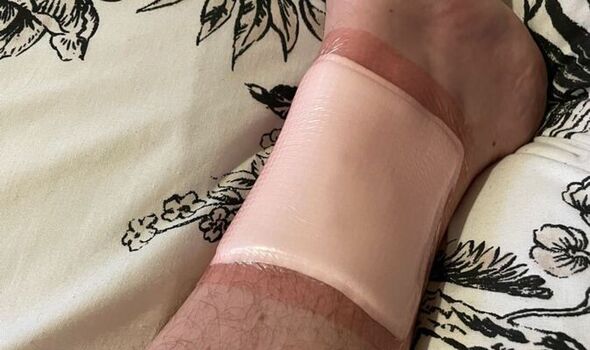 A man who suffered a horrific spider bite in bed has been left in constant pain and needing crutches.

David Webster was bitten on his calf by a small spider while lying in bed at his home in Lincolnshire.

The 37-year-old, from Grimsby, claims the bite felt like a small nip but, after a short while, he was in severe pain and had “pins and needles all down his left side”.

The bite was surrounded with a red ring that soon blistered.

Eventually, the pain was too much to handle and so, the next morning, he was forced to go to A&E at Grimsby’s Diana, Princess of Wales Hospital.

Daivd told Grimsby Live: “The nurse at the hospital drained the blister and cut away the skin around the area.

“This caused severe pain but I knew it was probably best as they’re professionals and must know what they are doing.”

He added: “I was given antibiotics and pain medication, but only a few days later I found myself back at A&E as the pain was just too intense to cope with.

“I was kind of hoping after being bitten that night I was going to turn into Spider-Man, but unfortunately this didn’t happen.”

Doctors were unable to tell David a lot of about the nature of the injury as they confessed that these kinds of spider bites are rare in the UK and they do not see a lot of patients with them.

It is now almost a month since he was bitten and he is still in a great amount of pain, even resorting to crutches to help him walk around.

“It’s like having a hole in my leg,” he continued. “It’s crazy how one little bite can have such an impact and cause great pain to a person.”

David said he suffered from similar bites back in November 2021, this time on his left leg and foot.

He first noticed the bites while he was gaming in his house and believes that the new bite is exactly the same as those ones.

David was left in pain for around three to four months with his previous bites, struggling to move while on holiday with his partner.

He is hoping this new one goes away in time for Christmas so he can enjoy the holiday season as normal.