Katie Byrne: How can we curb binge drinking if we don't understand why we do it? 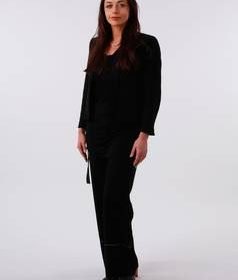 In a country that regularly tops binge drinking league tables, there is no shortage of advice for the person who doesn’t know the one that is one too many.

Don’t order doubles. Opt out of rounds. Drink a glass of water between drinks. We’ve all heard these pointers, just as we all know the definition of binge drinking – six or more standard drinks in one sitting.

However, ask a person to tell you about the personality traits of the binge drinker and they’ll probably draw a blank.

Because we think of binge drinking as a cultural phenomenon in Ireland, we never really take the time to consider binge-drinkers as a stand-alone group, nor do we explore the individual predictors that drive a person to drink to oblivion.

An insatiable appetite for alcohol is far from the only thing that binge drinkers have in common. Look closer, and you’ll notice that they’re the people who are habitually unsettled – the people who are always looking for a diversion or a distraction.

We know binge drinkers. What’s interesting, however, is that researchers do too.

Several studies have established a link between binge drinking and anxiety sensitivity, impulsivity, sensation-seeking and hopelessness.

Meanwhile, neuroscientists are getting closer to understanding the brain circuits that control binge drinking.

The extended amygdala, which responds to psychological stress and anxiety, and the ventral tegmental area (VTA), which is part of the brain’s reward system, are thought to act as a functional circuit.

Observations in mice suggest that when someone drinks alcohol, CRF neurons become active in the extended amygdala and act on the VTA. Thus, the more a person drinks, the more they are rewarded.

I’m speculating here, but it’s worth noting that anxietal and impulsive types tend to have over-active amygdalae. Could they be wired for binge-drinking episodes? It seems likely.

Of course, whether we look at it from the point of view of brain chemistry or personality traits, we come to the same conclusion: some people are more prone to binge drinking than others. And if it seems like I’m pontificating from a lofty perch, I can assure you that I’m speaking from experience.

As a former binge drinker, I’ve heard all the advice about alternating drinks and never, ever free-pouring at home. And I can safely say that it did diddly squat for me.

I’m not writing off these recommendations entirely. They’re solid pointers for the type of person who once got led astray at the Christmas party.

However, those who habitually binge drink to the point of black-out need to get to the heart of the issue by treating the ‘big four’ of anxiety sensitivity, impulsivity, sensation-seeking and hopelessness.

They should also remember that there is a big difference between problem drinking and a drinking problem. Problem drinking can certainly lead to alcoholism, but we’re missing a real opportunity to help binge drinkers when we equate it with addiction.

Problem drinkers are in a binge-purge cycle of recklessness and regret. They think that they’ll one day find the magical concoction that doesn’t leave them under the table, but the truth is that they’re just avoiding the real issue.

If you’re struggling with binge drinking, perhaps it’s time to dig deeper. Maybe you need a stress-reduction outlet like yoga, meditation or mindfulness. Maybe you need to find a natural outlet for sensation-seeking, whether it’s adventure sports or far-flung travel. Maybe you need to develop your decision-making and social skills. Or maybe you just need to talk to someone.

At that point you can look at strategies to help curb your drinking come the moment, but you’ll probably find that you don’t them.