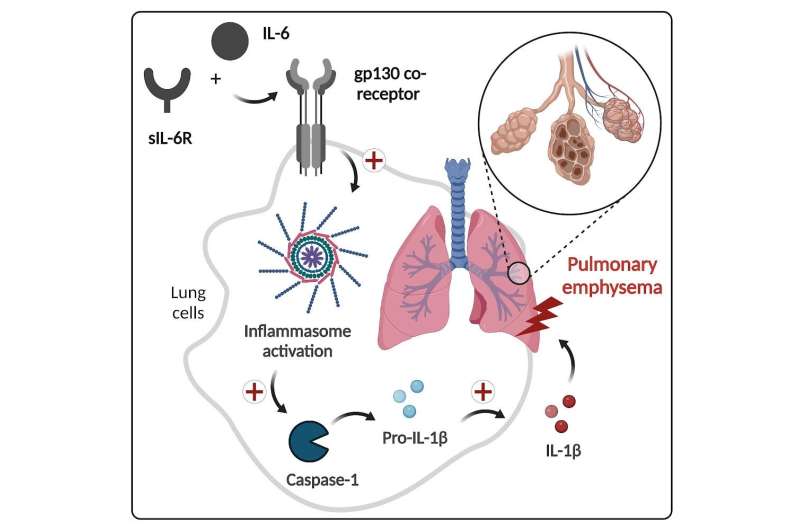 Emphysema is the major debilitating component of the lethal chronic obstructive pulmonary disease (COPD), which was the third leading cause of death worldwide in 2019, causing 3.23 million deaths.

Researchers at Hudson Institute are investigating how uncontrolled activation of the immune system in the lung causes emphysema, and how to prevent it.

Professor Brendan Jenkins’ research has revealed that a multiprotein complex of the innate immune system, called inflammasomes, promotes the development of emphysema.

His research, as part of a team comprising Australian, German, Swiss and American researchers, is published in Proceedings of the National Academy of Sciences.

Prof Jenkins said this opens the possibility of new emphysema treatments targeting the immune system, which could slow emphysema’s progress in the lungs.

“These findings lay the foundation for the future design and clinical application of novel innate immune-based therapeutics against emphysema,” he said.

“It is significant research, because it’s the first to demonstrate a specific pathological role for the AIM2 inflammasome in emphysema, in which we delineate a function for AIM2 in driving alveolar cell death in the lung that is independent of immune cell activity and inflammation.”