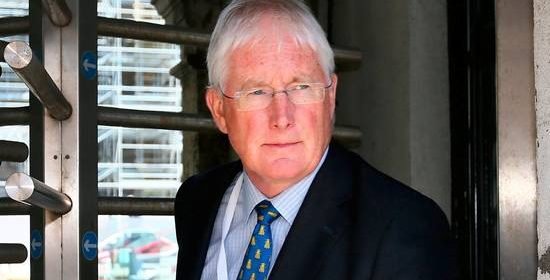 The HSE has lost his second boss in just six months, it has been confirmed.

The interim Director General John Connaghan is leaving at the end of December to take up a new post in Scotland.

In May its previous chief Tony O’Brien stepped down in the wake of the CervicalCheck scandal.

The HSE is currently looking for a new Director General but has had to extend the application date.

Health Minister Simon Harris said today he wanted to pay tribute to John Connaghan, who has announced his intention to move on from his position as interim Director General.

Minister Harris thanked Mr Connaghan for his commitment and dedication to the role and wished him the best in his new position on his return to Scotland.

He said : “John Connaghan has shown exemplary leadership and I want him to thank him sincerely for occupying the position at a critical time in the health service.”

The position of the Director General has been advertised with applications due to close in early January, he said.

The Minister has asked Deputy Director General Anne O’Connor to occupy the role until the recruitment process concludes in the new year.

Minister Harris said: “I want to thank Anne O’Connor her for her leadership and commitment. She has a track record of improving services for patients and clients and I look forward to working with her in the period ahead.”