How we are getting fatter – 62pc of population overweight 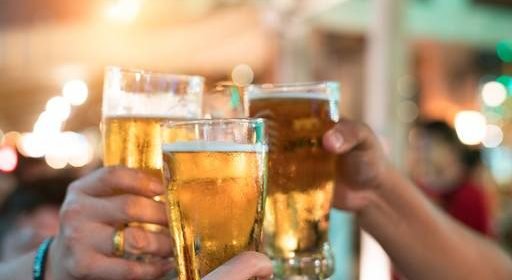 Ireland’s population is rising – but it’s fatter and drinking more.

New figures from the Central Statistics Office (CSO) show that more of the population is overweight and binge-drink on a regular basis as incomes have risen over recent years.

And 39pc of those aged 15 years and older binge-drink on a regular basis, consuming more than three pints or six pub measures of spirits in one sitting. This compares with 37pc in 2016.

“When you break down the children’s figures, we’re seeing a reduction in the better-off parts of society,” he said, adding he suspected the adult figures would show the same trend and this divide needed to be addressed.

He also criticised the State’s failure to provide the necessary funding for surgical treatments, adding that medication to help people lose weight was not included for reimbursement in the drugs payment scheme.

“We are having great difficulty convincing the Government to actually fund treatment for people who are overweight and obese,” he said.

He also said the ‘Healthy Ireland’ policy was not mentioned in the last Budget statement.

“It’s just not good enough if it’s your number one public health initiative,” he added. “You have got to be allocating resources and visibility to it.”

On drinking, he said we had a very high prevalence of harmful drinking, and measures such as a zero-tolerance ban on drink-driving did help reduce consumption.

The report compiles CSO data from across a range of indicators and estimates that the State’s population currently stands at 4,857,000, a rise of 64,500, despite the number of births falling. There are 68,500 more women than men, 1.95 million compared with 1.88 million.

Traditional names remain popular – Jack, James, Daniel, Conor and Seán have been the five most popular boys’ names since 2007, while Emily is the most popular girl’s name for the seventh year in a row.

But the report also highlights how a sizeable proportion of the population cannot afford basic staples.

The inability of many to afford everyday items is highlighted by the fact that in 2017, 18.8pc of the population experienced ‘enforced deprivation’, defined as not being able to afford two or more basics, such as two pairs of strong shoes, a warm waterproof coat, or a meal with meat or fish every second day.

The report also finds that SMEs generated 50.2pc of total turnover in the business economy. Foreign multinationals employed 293,147 people and generated €345bn in turnover. There were 856,049 people employed in Irish multinationals abroad, 36pc of whom were in the UK or US.

And it again highlights how Ireland is an export-led economy, subject to outside risks including Brexit. Total exports of goods and services amounted to €352.6bn in 2017, compared with €263.3bn in imports. It also says there were just over 7.36 million cattle in the State in 2017, compared with 6.93 million in 2015. The number of sheep and pigs is also up under national plans to boost food production.