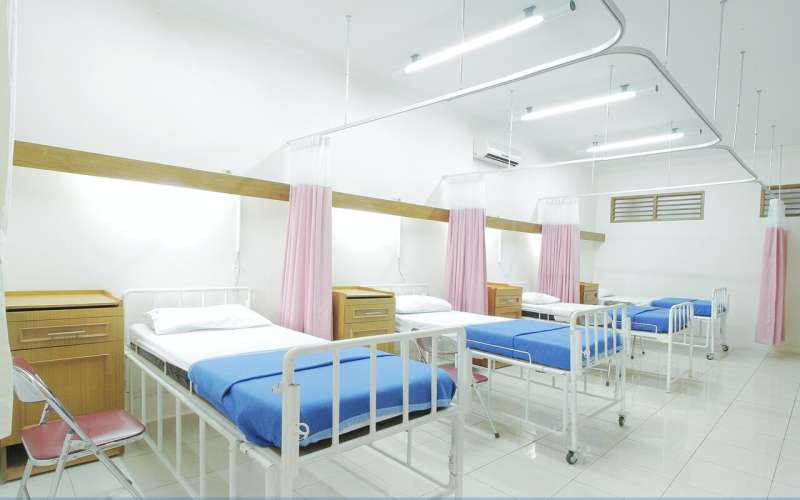 A distressing situation is unfolding inside the emergency department of Ridgeview Medical Center in Waconia, where a 10-year-old boy with severe autism and aggression has been confined for seven months.

Foster and group homes can’t handle him, so county guardians keep sending him back to the ER, the one place obliged by law to take him in. Without schooling or specialized therapy, the boy and staff are stuck in a cycle of confrontation. Run-ins with nurses, support staff and security guards have compelled some workers to quit and left others bruised and injured.

“This kid, he’s just created total chaos in the area back there,” said one ER worker involved in the child’s care who asked not to be identified for fear of losing their job. “We’re all just feeling very helpless, hopeless.”

Ridgeview is an extreme example of a growing problem in Minnesota for large and even small hospitals—the boarding of children with uncontrolled behavioral and developmental problems. M Health Fairview Masonic Children’s Hospital was so overrun with such children last spring that it converted an ambulance bay into a shelter for them.

Around that same time, the 10-year-old arrived at the Waconia hospital ER. And except for one failed three-day attempt to move him to a group home in the Twin Cities, the boy has been confined to a four-bedroom unit of the ER designated for mental health patients.

The boy lashed out at one worker in May, striking her in the back of the head and causing a concussion, according to a report filed last week with the Carver County Sheriff. The worker, whose name was redacted from the copy of the report provided to the Star Tribune, had lingering effects from the concussion that prevented her from returning to work full-time until September.

ERs are the dumping ground by default because of a federal law—the Emergency Medical Treatment & Labor Act, or EMTALA—that requires them to screen and stabilize any patients who show up at their doors. The law also requires “appropriate” transfers of patients, but in the case of troubled children that often means to group homes or residential treatment centers that are full with waiting lists. And so they wait.

“For children with autism, children with developmental delays, the worst possible scenario would be sitting in an emergency department,” said Lew Zeidner, M Health Fairview’s director of transition and triage services. “What they need is predictability. They need structure. When they don’t have that predictability, that constancy, they get agitated. When they get agitated, people around them get agitated and that can lead to physical confrontation.”

Part of the problem is that children with developmental or behavior problems don’t necessarily meet criteria for admission into inpatient psychiatric or other units, he said. Masonic eventually closed its shelter, because it deployed social workers to reach out to parents and county child protection agencies and find placements for them.

But the progress was temporary. The hospital earlier this month reported a new wave of children arriving. What used to be two to four kids per month has now increased to about 15—half of whom are in county protective custody. Their average length of stay in the ER is 12 days, but some have stayed as long as six months.

The sheriff’s report is the only publicly available document describing the problems inside the Ridgeview ER. The worker said she wanted something on file because “the medical center is not taking any action to protect the staff.”

Two sources at the hospital described other incidents. A nurse suffered a severe nose injury this fall after she was headbutted by the child during a confrontation about a pen.

The child, who is not being identified by name in this story, has had a traumatic upbringing.

An outburst shortly before his second birthday prompted his mother to take him out of a bathtub at their home and leave his younger sibling unattended, court records show. The sibling drowned, the mother was sentenced to four years in prison, and the older boy was placed in the protective custody of Sibley County Human Services. Placements since then with his grandmother and foster homes were short lived.

The hospital’s hope is to transfer him to a facility anywhere in the U.S. that is equipped for children with autism and aggressive behaviors. But nobody yet has found space for him. A Sibley child protection supervisor did not reply to requests for comment.

Privacy protections prevented Ridgeview chief executive Mike Phelps from discussing any specific boarding situations in his ER, but he said it is a growing problem for many hospitals.

Children’s Minnesota is opening an inpatient psychiatric unit in St. Paul next month. However, Phelps said the expansion and recent state mental health investments don’t really address this population of kids. More specialized residential treatment and group home facilities are needed, and more staffing is needed to maximize the use of facilities that already exist.

“I can appreciate building inpatient psychiatric beds—that’s great—and investing in outpatient mental health services,” he said. “But this is in between that and it’s a subset of kids who just don’t have a place to go.”

The county reportedly asked Ridgeview to transport the child to school, but the hospital isn’t set up to do that. Hospitals receive little or no reimbursement for children boarded in their ERs in these non-clinical situations.

Phelps said he couldn’t confirm the school request but that counties in general are asking hospitals to do more as they become de facto homes for children. He disagreed with the sheriff report claim that “nothing” is being done, and said “we take the safety of our staff as a priority.”

Ridgeview recently doubled its security staffing and conducted training on de-escalation tactics and management of aggressive behavior, according to a written statement from the hospital. One-on-one supervision with backup staff nearby is used in difficult cases. Staff have tried connecting with boarded children by bringing clothes and playing games with them.

Zeidner said consistency is critical. Staff at the U pediatric hospital have been advised to use the same approaches when rewarding or disciplining children stuck in the ER. Varied approaches create confusion, which leads to agitation. Some nurses had been rewarding one child’s good behavior with ice cream, for example, but then the child became upset when others did not, he said.