Give meningitis B vaccination to all children, say GPs 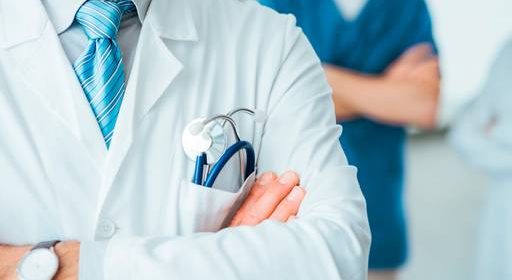 The worrying spike in meningitis cases has sparked strong calls for the HSE to fund a catch-up vaccination programme.

The National Association of General Practitioners (NAGP) has called for a national MenB catch-up vaccination programme for children born before October 2016, up to the age of 18 years. Dr Maitiu O Tuathail, president of the NAGP, confirmed that GPs across the country have been inundated with concerned parents seeking the MenB vaccine as a result of the HSE advising concerned parents to contact their GP should they have worries with regards to meningitis.

“This is medical apartheid, where only those who can afford the vaccine are vaccinated, but those who cannot are not. This leads to significant parental stress and anxiety.

“We are calling on the Minister for Health Simon Harris, to immediately address this inexcusable inequality. We cannot allow it to continue. We need to provide protection to all of our children equally”.

Labour Health spokesperson TD Alan Kelly said he would be “contacting Minister Harris directly to discuss the need for State intervention in regard to providing the vaccine at a more affordable price point for parents” and called for the HSE to buy the vaccine in bulk, saying he had been contacted by many parents “who are extremely frightened of the risks around meningitis but who are unable to afford to vaccinate their children”.

Dr Eluned Lawlor, a GP in Kilkenny, said she had been inundated with calls from concerned parents asking should their child get the MenB vaccine, most of whom could not afford to pay for it. She demanded clear advice from the HSE and Department of Health on the issue.

However, the Department of Health and HSE have so far rejected calls for a catch-up programme.

The HSE said of the three patients who died, two different meningococcal strain types were identified, none of which was MenB. It added that the majority of cases of MenB are seen in children under one year of age, and not all strains of meningococcal disease can be vaccinated against.

The Department said that the National Immunisation Advisory Committee, an expert group that advises on what vaccines should be publicly funded based on the best medical evidence available, has not recommended a MenB vaccine catch-up programme for children born before October 1, 2016.

In the meantime, the HSE wants the public to be alert to the signs and symptoms of meningococcal disease so that immediate medical attention can be sought.

The latest meningococcal disease cases occurred in Dublin and other regions, and affected all age groups, ranging from infants to elderly.

The disease and deaths have been caused by multiple strains of meningococcal bacteria, the HSE confirmed, calling for parents to make sure their children are upto date with their meningococcal vaccines, which include the meningococcal C (MenC) and meningococcal B (MenB) vaccine.

However, only children born since October 1, 2016, are eligible to receive the MenB vaccine, which can cost between €300-450 privately for the doses needed.