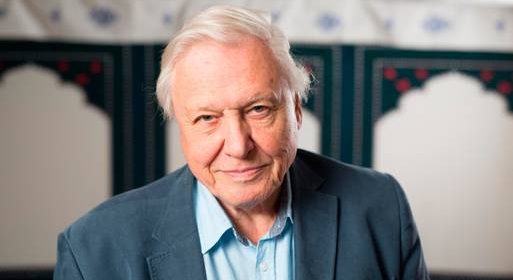 It’s a question that’s vexed humans since the Early Dynastic Period, but now it turns out Eric Idle gave us the answer 39 years ago. The secret to a longer, healthier and happier life? Simple – always look on the bright side of it.

That’s certainly true for a gang of so-called ‘super-agers’ – the term for somebody well over 70 who has remained just as sharp, hard-working, active and happy as anybody half their age, even if they maintain their vices.

Earlier this week, researchers from Northwestern University in Chicago presented a paper at the American Association for the Advancement of Science annual conference in Austin, Texas, outlining their findings after studying the lives of a group of super-agers for years – including conducting post-mortem examinations on 10 individuals who agreed to have their brains dissected after death.

Encouragingly, they weren’t all the health puritans you might expect to live forever and enjoy nothing more than telling you about it, either: more than two-thirds of the group smoked, 83pc drank regularly, and one woman even claimed a late-afternoon martini with friends kept her sprightly.

Instead, there was one intriguing link between the case studies, which we may all be able to take away.

According to Emily Rogalski, Professor of Cognitive Neurology at Northwestern, a super-ager has a “unique personality profile, highlighting optimism, resilience, and perseverance as well as [an] active lifestyle”. Think yourself thin? No, think yourself young. “A positive mental attitude is absolutely essential, and probably the most important thing in keeping young,” says Tim Drake, the author of Generation Cherry and an “expert on staying young”. “You have to be engaged and have a purpose in life. If you have what they call ‘skin in the game’, you stay connected. You can keep learning and keep growing, or you can start dying. In some ways, it’s as simple as that.”

A sunny disposition is something anyone can focus on and place central to their life, Drake believes. At 73, he says he’d far rather spend a mealtime or holiday with his mid-30s daughters and their friends than his septuagenarian peers, for instance, and he refuses to give up work in favour of “traditional” retirement activities.

“I’m working as hard as ever and live off the change, the excitement of other people. I’ve found that a fifth of all people start mentally aging in the 20s, becoming boring, introspective and angry at change. But, conversely, you can stay young-brained by constantly learning. Retirement, that idea that you sit on a beach or play golf? I can’t think of anything worse.”

There are several people in the public eye who make Drake look middle-aged, but they’d agree with his outlook. David Attenborough, for example, confirmed on Monday he is to front a new BBC One wildlife series later this year when he will be 92. And at 96, American fashionista and entrepreneur Iris Apfel continues to be a style icon.

“Getting older ain’t for sissies, I tell you,” Apfel opined two years ago. “You have to push yourself when you’re older because it’s very easy to fall into the trap. I think doing things and being active is very important. When your mind is busy, you don’t hurt so much.”

Molly Parkin, the artist, writer, socialite and professional bon vivant, is now in her 86th year and still living alone in a flat in London’s fashionable Chelsea. Once a drinking buddy of the likes of Francis Bacon, Quentin Crisp and George Melly, she is now teetotal and a non-smoker… but just as sartorially flamboyant. She also follows a vegan diet and works harder than ever.

“I get up at 4am for a widdle every day, but I normally just stay up from then, and put a lot of warm clothes on and then go and sit in the garden, waiting for the day to open up. It’s a wonderfully creative time.

“Then I go in at about seven or eight, have a big bowl of beautiful fruit for breakfast, and perhaps go back to sleep until 10 or 11,” she says. After that, it’ll be an avocado for lunch, while she paints or writes all afternoon and into the night, stopping for a dinner of “two big bags of spinach and some colourful chopped peppers and tomatoes”.

“I have never been more productive or happier in my entire life,” she says, cheerfully. “I’m often solitary, like a lot of people my age, but all my best friends in the area are Welsh or gay or both, and I think that sense of humour, that campness, suits me very well. I really don’t see the advantages of being young.”

Age has not wearied authors Edna O’Brien (87 and counting) or Diana Athill (100 years old last year), who are both still working. So, too, is Judith Kerr, who at 94, continues to write and illustrate with a productivity she never had before.

“There is a new urgency to my working. Maybe it is like the disease, honey fungus, that trees get when they have an incredible display one year and look better than they ever have before. And then it kills them,” she wrote, matter-of-factly, in The Guardian in December.

Kerr works between 10.30am and 5pm every day, beginning the day with a walk, and relies on “endless coffee” throughout that period, punctuated by a Martini Rosso on ice with lunch. Not everybody is lucky enough to have an artistic flair, of course, but Drake would argue the basic principle remains: stay connected, stay positive and you won’t even notice your age.

“There are ways of keeping your mental faculties. Socialising is, of course, one and that can include drinking, since that involves conversation and whatnot.

“Another is to keep giving – give your time, help a loved one, recharge yourself by thinking of others.

“And, of course, there are the basic things like crosswords and puzzles, which might not be game-changing, but they are certainly good for keeping you mentally fit.”

So, the old greetings card maxims were right. Age is just a state of mind after all.