A blood factor involved in weight loss and aging 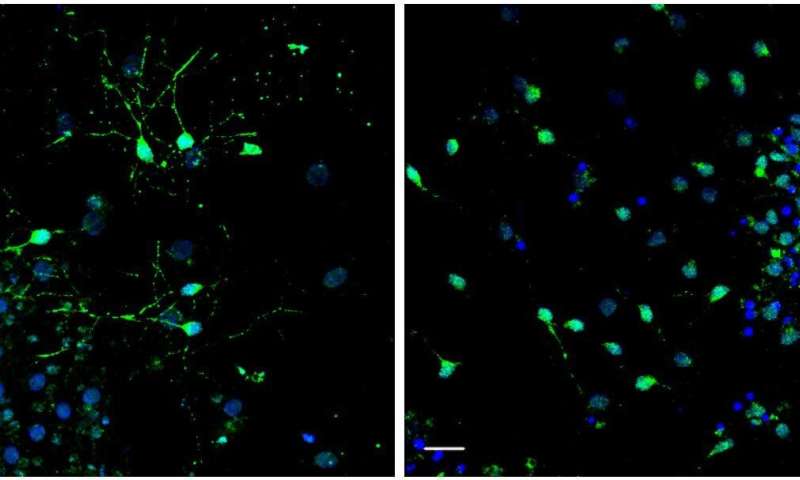 Aging is a process that affects all functions of the human body, particularly brain function. However, aging can be delayed through lifestyle changes (physical exercise, restricting calorie intake, etc.). Researchers at the Institut Pasteur and CNRS have elucidated the properties of a molecule in the blood—GDF11—whose mechanisms were previously unknown. In a mouse model, they showed that this molecule could mimic the benefits of certain calorie restrictions—dietary regimens that have proven their efficacy in reducing cardiovascular disease, preventing cancer and increasing neurogenesis in the brain. The results of this research were published in the journal Aging Cell on October 22, 2019.

Today it is possible to maintain a healthy brain in the long term. For the past 30 years, it has been generally acknowledged that certain diet restrictions such as intermittent fasting can improve cognitive performance and extend life expectancy in several species. It has also been proven that calorie restriction (a reduction in calorie intake of 20% to 30% while preserving nutritional quality) reduces the risk of cardiovascular disease and cancer, while increasing production of new neurons in the brain.

In a previous study using mouse models, scientists observed that injecting aged mice with blood from young mice rejuvenated blood vessels in the brain, and consequently improved cerebral blood flow, while increasing neurogenesis and cognition . Scientists in the Perception and Memory Unit (Institut Pasteur/CNRS) put forward the theory that, since calorie restriction and supplementation with young blood were effective in rejuvenating organs, they most likely have certain mechanisms in common.

They therefore examined the molecule GDF11, which belongs to the GDF (Growth Differentiation Factor) protein family and is involved in embryonic development. GDF11 was already known to scientists for its ability to rejuvenate the aged brain. “By injecting this molecule into aged mouse models, we noticed an increase in neurogenesis and blood vessel remodeling,” explains Lida Katsimpardi, a scientist in the Perception and Memory Unit and lead author of the study. The scientists also observed that the mice administered with GDF11 had lost weight without changing their appetite. This observation led them to believe that GDF11 could be a link between calorie restriction and the regenerating effects of young blood.

The next step was to confirm this theory by studying adiponectin, a hormone secreted by adipose tissue which induces weight loss without affecting appetite. In animals that have undergone calorie restriction, the blood levels of this hormone are high. “In animals that were administered GDF11, we also observed high levels of adiponectin”, emphasizes Lida Katsimpardi, “and this shows that GDF11 causes metabolic changes similar to those induced by calorie restriction.”