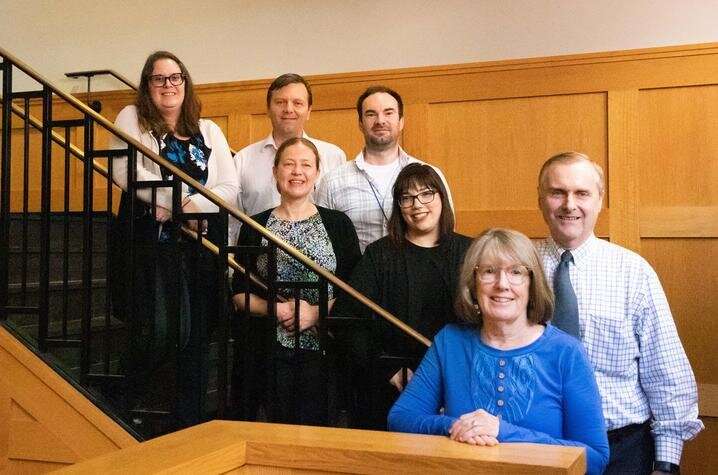 A clinical trial initiated by University of Kentucky researchers argues against the hypothesis that the diabetes drug metformin could help exercising seniors gain more muscle mass. The double-blind trial, conducted at the University of Kentucky and University of Alabama at Birmingham, found that older adults who took metformin while performing rigorous resistance exercise training had smaller gains in muscle mass than the placebo group. The results of the trial were published in Aging Cell, September 26.

Research shows that progressive resistance training can help older adults retain or build muscle mass. Those gains are variable among individuals, however, and chronic inflammation in the muscle may be a contributing factor in whether or not an individual can build muscle.

“Because metformin has anti-inflammatory properties, we thought it would be a logical candidate to study,” said Charlotte Peterson, Ph.D., professor in the UK College of Health Sciences and director of the Center for Muscle Biology.

Peterson and her colleagues responded to a request for proposals from the National Institutes of Health on metformin’s effects on age-related conditions, outside of its well-known anti-diabetic properties, to determine if metformin would supplement resistance training response.

“In older adults (age 65 and up) who have lost significant muscle mass and function over prior decades, we thought metformin might combat muscle inflammation and thereby boost the muscle regrowth response to resistance training,” said Marcas Bamman, Ph.D., professor in the UAB Department of Cell, Developmental and Integrative Biology and director of the UAB Center for Exercise Medicine. “Instead, metformin impaired blunted the adaptations such that the placebo group experienced greater increases in muscle mass and muscle quality than the metformin group.”

The investigators randomized 109 healthy volunteers at UAB and UK with an average age of 69. Roughly half took 1700 mg of metformin per day, while the other half took placebo pills identical in appearance. Following baseline testing, both groups completed 14 weeks of resistance training. Before and after the exercise period, both groups underwent thigh CT scans, DXA measurement, strength testing and a thigh muscle biopsy.

“DXA and CT scans showed that the placebo group had greater gains in overall lean muscle mass and thigh muscle mass,” said Peterson. “CT scans and analysis of the biopsy also allowed us to determine that the quality of the muscle improved in the control group over the metformin group.”

“The premise was that metformin would alter macrophage metabolism, converting them from an inflammatory to a reparative phenotype through activation of a kinase called AMPK,” said Dr. Philip Kern, director of the UK Center for Clinical and Translational Sciences. “This should then enhance the effect of resistance training in older adults.”

“Although metformin activated AMPK, the increase in reparative macrophages with training was comparable between groups. However, AMPK is also known to inhibit another kinase in muscle fibers, mTORC1,” Peterson said. “mTORC1 is a key regulator of muscle growth. Metformin’s inhibition of that pathway is likely the reason that the metformin group did not see the same gains in muscle mass as the control group.”