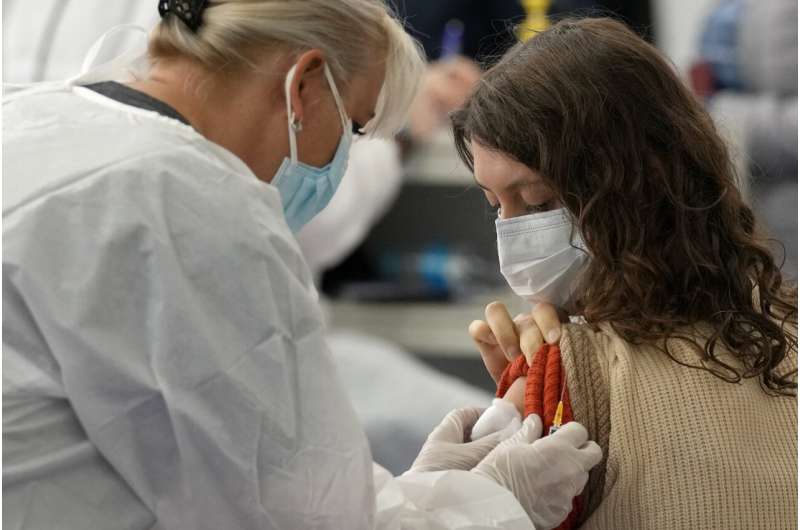 The European Medicines Agency says it is evaluating whether to authorize booster doses of Johnson & Johnson’s single-shot COVID-19 vaccine.

In a statement Monday, the EU drug regulator said it was considering an application from J&J to recommend booster doses of the J&J vaccine for adults 18 and over, at least two months after they were first immunized. Amid an explosive surge of new coronavirus infections across Europe, the EMA said it expected to make a decision on this within weeks.

The U.S. Food and Drug Administration gave the green light to J&J booster doses in October, both for people who initially received the J&J and vaccine and for people who got immunized with other vaccines.

J&J earlier presented results from a large study that found giving a second dose just two months after the first bumped protection against symptomatic COVID-19 to 94% from 70% in U.S. recipients. Giving that booster six months later instead prompted an even bigger jump in virus-fighting antibodies.

EU countries initially ordered about 200 million doses of J&J’s vaccine, but only a fraction have been delivered after the company has faced repeated production problems.