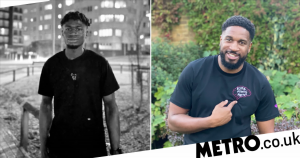 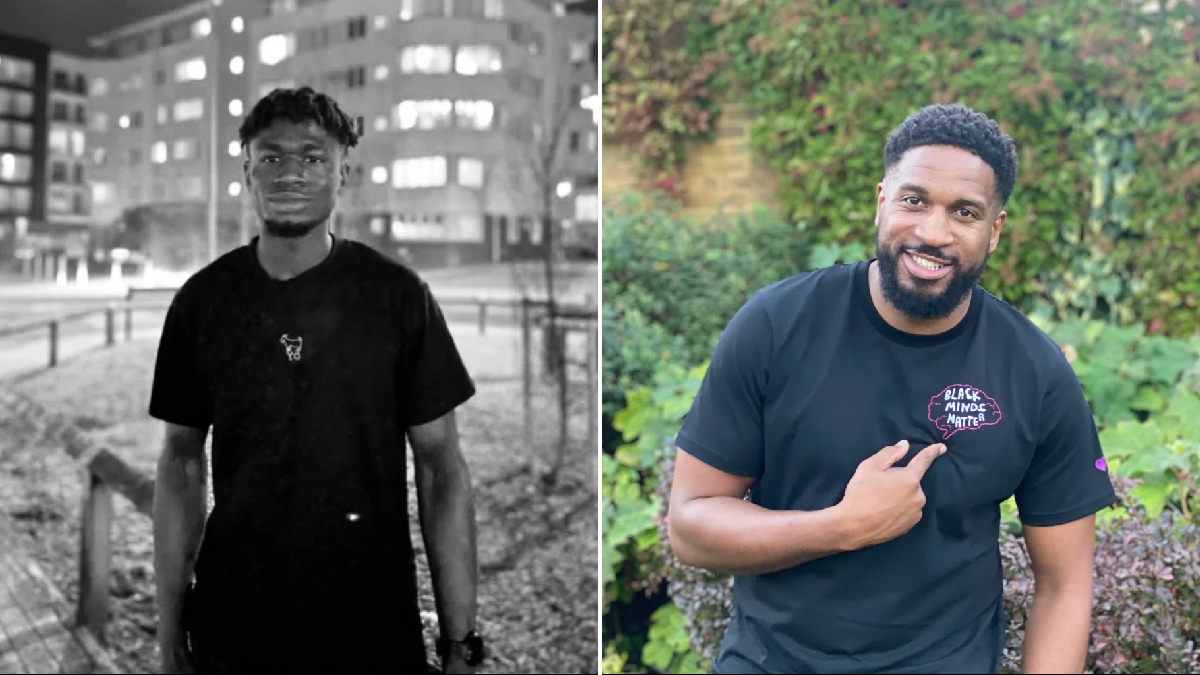 A South London entrepreneur has pledged to help improve mental health treatment and support for Black communities after being devastated by the shocking death of his friend.

24-year-old Arthur Leventhorpe, from Battersea, has so far raised thousands for the charity Black Minds Matter through a campaign lead by the streetwear brand that he co-founded – Young Goat.

Arthur and everyone who works with him were crushed by the sudden death of their friend and colleague Olisa Odukwe, who died by suicide at just 20 years old this year.

‘I was with all of my colleagues when we heard the news,’ Arthur tells Metro.co.uk.

They had all worked with Oli. Throughout that week, we continued to work together and all be in the same space, which helped massively – as I never felt alone while trying to process it. I had company the entire time.

‘This extended to the rest of the community, even those who had never met him, and the outpouring of support was immense. I never felt isolated and that’s a massive thing.’

Oli’s death sent shockwaves through the business and wider circles of friends and associates.

Arthur felt as though they had always been ahead of the curve when it came to issues of mental wellbeing and support, so to be faced with a loss like this was completely destabilising.

‘We did regular fundraisers, regular awareness campaigns and had recently employed a wellness secretary to help ensure the wellbeing of everyone in the club,’ says Arthur.

‘To feel like we had something of a grasp on the subject, and to then lose Oli, was such a horrible shock.

‘I think the main takeaway for us all was to make sure that when you checked in on someone, you really checked in.

‘There was an “ask and ask again” campaign that resonated with us after his death. They say you can never really know what is going on behind the scenes, and I know personally that you can hide how you are feeling and what you are struggling with.

‘However, if after you’ve asked how they are, you ask again, you might really help someone and give them a shoulder they really need.’

Arthur, who set up his business alongside friends he met at Bristol University while playing for the football team, has had his own struggles with mental illness – both himself and his immediate family.

It started when he was younger and his sister was hospitalised through mental illness.

‘My first experience of a mental health issue was my sister’s and looking back, my understanding of the topic was woefully inadequate,’ says Arthur.

‘I was a lot younger, but without any real education on the subject, I had no idea of the severity of mental health issues and how much those who were suffering were going through.

‘I had to rapidly learn that there was no quick fix, that it wasn’t a case of cheering up, or trying harder to be happy. It was a diagnosable medical condition that needed to be treated with the same care as any physical injury.

‘When I began to struggle, I really felt like I couldn’t talk to anyone.

‘My sister had been in hospital for a year. She had self-harmed, and I was convinced that it was my fault. As that thought began to internalise, I felt completely alone and it perpetuated from there.’

Arthur did everything he could to try to not let it affect him. He tried to continue performing to the same level on the sports field, in class, in his extracurriculars, but it kept eating away at him.

‘I was lucky in a way that I had a physical breakdown, where the pressure and strain of it all, everything I was thinking, everything I had been going through became too much, and it all just washed over me and came out,’ says Arthur.

‘Some of my teachers saw this and once it had been seen, I was recommended therapy and that was a real turning point for me. It made an enormous difference having a safe space where I could talk through everything that was on my mind, with a trained professional, who helped me understand that the things I was feeling were OK and that I was not alone.’

With first-hand understanding of how the right support can transform someone’s life, Arthur and the team at Young Goat decided to raise money for Black Minds Matter UK, a charity that connects Black individuals and families to free mental health services.

For the campaign, Arthur’s company released a T-shirt with all profits donated to BMMUK. They also accepted donations on their website and a Go Fund Me page, and have now raised more than £5,000.

‘More than anything, losing Oli emphasised just how important this initiative was and it massively invigorated our desire to make it a success,’ says Arthur.

‘The purple heart on the T-shirt sleeve was added in his memory, an addition that we made due to his love for UK rapper Dave and his song Purple Heart.

‘Oli was an unbelievable guy, something that anyone who met him would attest to. He was kind, brave and loyal – not only a pleasure to work with but a great mate to us as a group.

‘His struggle was unknown to practically everyone – even most of those closest to him. Despite speaking to him on a regular basis, none of us were aware of what he was personally dealing with which serves to demonstrate how you can never really be sure how others are feeling.’

People from Black, Asian and other ethnic minority communities have a higher risk of developing mental health conditions than white people – but they are less likely to be able to access mental health services.

Black Brits are four times more likely to be sectioned than white patients, and ethnic minority patients are more likely to be given medication than be offered talking therapies like counselling or psychotherapy.

This is why initiatives that focus on the specific mental health needs of Black people – and connect them with professionals who have a deep understanding of their racial and cultural perspectives – are so important.

Arthur’s colleague Vince says you can’t look at the inequalities in mental health care without looking at wider issues of systemic racism in society:

‘Black communities have felt oppressed and marginalised for some time now,’ says Arthur. ‘To believe that this bears no relation to the mental condition is an oversight.

‘There are challenges of different shapes and sizes for these communities: diversity, education, reputation, heritage, expectation, judgment and many other factors can complicate things.

‘As a Londoner with Nigerian heritage and having gone to different types of schools in different areas, I noted situations where non-Black people seemed more comfortable sharing things about pressure, upbringing, money, etc. compared to Black people – and this is just in your early years.

‘That said, it’s not easy but I think conversations have opened up a lot in the last decade. Platforms like Twitter and TikTok have helped break down some walls and encourage sharing, so I’m optimistic.’

Arthur adds that financial inequalities also play into this issue, so he loves the fact that BMMUK is offering free mental health services to Black communities, particularly in the wake of the pandemic.

‘We also love how each session is conducted by a Black therapist, as it guarantees that there is a nuanced and unspoken grace in the therapeutic space, with people who have been on similar journeys and who understand how to process them,’ says Arthur.

‘Oli’s passing led to many discussions about mental health within the communities that he was a part of. Aside from raising money, we hope that with this campaign, we could open up these discussions to even more people and support an important cause along the way.’