Dr. John Douglas on the breakup of Tri-County Health Department 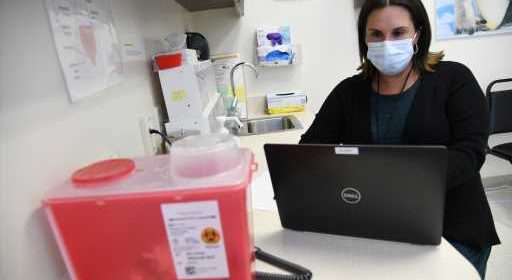 The executive director of the Tri-County Health Department, Dr. John Douglas, has been relatively quiet as the public health agency he has led for more than eight years — far and away Colorado’s largest — has come apart over the past few weeks.

The unraveling began last month when Douglas County said it would break away to form its own public health agency after disagreeing with Tri-County’s mask mandate for staff and students in schools.

It continued this week with Adams County’s announcement that it, too, planned to form its own health department starting in 2023.

Douglas, 69, who has spent nearly 40 years working with infectious diseases in public health, including a stint with the Centers for Disease Control and Prevention’s National Center for HIV/AIDS, Viral Hepatitis, STD and TB Prevention, sat down with The Denver Post on Thursday for a one-on-one Zoom interview about what he thinks he did right and wrong, the raw deal he said his staff got, and his thoughts about how a health agency that has provided services for 73 years for up to 1.5 million people came apart in a matter of weeks.

This interview has been edited for clarity and space.

Denver Post: Where do you want to start, doctor?

Douglas: The mantra of public health has always been we do our best when nobody knows what we’re doing — because things don’t happen. People don’t get sick at restaurants, outbreaks of vaccine-preventable diseases don’t happen. This, of course, completely changed in COVID and what we were doing became very visible. And a lot of what has happened during COVID is, of course, generally controversial and we got caught up in that controversy.

Our staff has just gotten caught in a terrible pincer of perfect storm badness. You’ve got folks that were just extraordinarily stressed by responding to the pandemic. We didn’t have a pandemic SWAT team when things went bad. When the department began to be roundly criticized and sort of became a political football, that was extraordinarily discouraging and stressful to them. I think there is a sense among our staff that we’ve been doing all this — does anybody even care? I think there’s a pretty profound sense of unappreciation.

What happens with Tri-County’s staff (there are 397 employees at the agency) during the transition?

We’re already facing challenges with staffing in Douglas County — people are reading between the lines that this is a 15-month contract, and maybe I better find a more secure job while I can. And I think the same dynamic has got some potential for playing out in Adams County.

I think some of the best candidates (for the new standalone county public health departments) will be people who have worked for Tri-County. But some of those folks may just decide I’m going to seek another career path other than public health. I don’t think we have a totally clear glide path as to what it means to neatly divide the current staff into those that would work for a Douglas County Health Department or an Adams County Health Department.

Did this breakup come about largely as a result of pandemic politics?

I do think it was absolutely precipitated by the politics of the pandemic. If you had asked me to take a multiple-choice test three years ago about what would be the most controversial issues if we were to have a pandemic, and mask-wearing was one of my options, it would have been last on whatever list you gave me. I could just not have imagined that this would have become so controversial.

Any regrets about decisions you made?

I feel largely what we did was quite reasonable due diligence. Did we do it perfectly? No. I’ll probably spend the rest of my life sort of thinking of things that could have gone better. We had hoped that the policy we created (in 2020) allowing counties to opt out of public health orders (rescinded in late August) would be a reasonable way to move forward in the middle of a pandemic without having a breakup of the health department. I think the way it played out it became pretty apparent we could not carry out our statutory responsibilities (with an opt out). And if I had the foresight to have understood that, which I did not, I think things could have played out differently. Ultimately, while it did avoid Douglas County leaving during the literally worst part of the pandemic, they ended up leaving anyway.

The governor decided in the spring that it really ought to be a local matter and made it pretty clear that he thought issuing executive orders and state public health orders was not a path he wanted to pursue, and that left us with a lot fewer options locally, especially when delta (variant) came back. Delta was like a brand new pandemic.

Was providing an opt-out from public health orders a mistake?

I do think that it was a short-term attempt to avoid a messy breakup. It took some bitter empiric experience and it took another — almost a new — pandemic with delta to realize that. In retrospect, it wasn’t an effective or the wisest decision.

The mask order in schools that started on Sept. 1 and that led to the end of Tri-County, was that the right call?

I do think where we stand right now the mask mandate still makes sense. I do understand the desire to say ‘Can you tell us when this is going to be over?’ I will say that picking what those metrics ought to look like has been a lot more challenging than we would have thought. We had hoped to get some guidance from the state health department, or even the CDC, neither of which has been forthcoming.

What has been your main frustration trying to manage this pandemic?

One of my biggest frustrations has been my inability to be more persuasive about certain steps that we’ve taken. I’ve got all this experience but I haven’t been able to be more persuasive, to at least certain segments of society. So I have to own that. When we did pandemic planning, we just didn’t think that there were going to be important steps that we couldn’t persuade people were worth doing. And if we can’t be persuasive about a pandemic that’s killed in our country over 700,000 people — where it’s pretty clear, new bug, people get sick, they go into hospitals, some die — I feel really like this even bigger existential issue about climate change will be much harder to explain.

What ways could you have been more persuasive?

I think we have had less community engagement with our Hispanic communities than I think in retrospect we would have liked. Having really deep engagement with community groups so that the trust quotient is even higher is critical. I think you could say the same thing about more conservative parts of our counties. If we had figured out a way to have people who have legitimate conservative bona fides who could speak about some of these things — if we had done a better job at that, things could have looked better.

Any red flags you see in the coming months?

Setting up a public health department from scratch is really complicated. It’s something that takes time and intentional effort and just assuming it’s going to be an easy-peasy sort of thing I think is setting yourself up for many, many pitfalls down the road. For the counties to say we want local control and we’ll just pay somebody else to do the services — that model doesn’t work unless there’s somebody else to do the services. In this interim time, I worry about what could become a more destabilized workforce.

Tri-County is dissolving under your watch — how much does that bother you?

I’m very sorry it’s happening but I do feel like I and the team I’m working with have left it all on the field. I’m sorry to see it happen — I think we’re caught up in the maelstrom of national and even global forces.