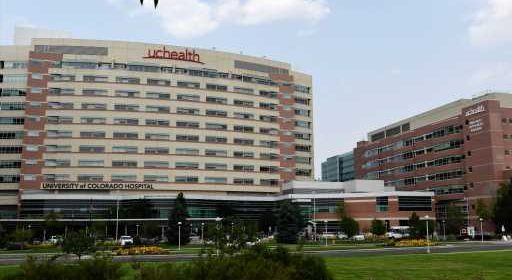 Denver residents who buy their insurance through Connect for Health Colorado won’t have easy access to UCHealth’s hospital and doctor network in 2021, after the health system and Anthem/Blue Cross failed to come to agreement.

Eight companies sell plans through the state-run individual health insurance marketplace in Denver. Anthem was the only one that included UCHealth in its provider network, but elected to drop the system in 2021. UCHealth remains in-network for some marketplace plans sold in other parts of Colorado, and for Anthem’s group coverage plans.

When a doctor or hospital is in-network, that means the insurance company and the provider agreed to rates for services provided to that company’s customers. Patients can see a doctor who’s out-of-network, but they’re responsible for most or all of the cost of their visit — unless it’s an emergency situation.

Laura Packard, a Denver resident, said she’s concerned about replacing the oncologist and cardiologist she sees at UCHealth. It can be difficult to find specialists who are taking new patients, especially when a significant number of people are trying to do the same thing, she said.

Vince Plymell, spokesman for the Colorado Division of Insurance, said people undergoing care for a significant health issue and those in their second or third trimester of pregnancy can request a 90-day extension, so they can set up a smooth transition. It doesn’t apply to people who just want to keep their current doctor for routine care, he said.

Packard had Hodgkin’s lymphoma, which has been in remission since 2018. She still sees an oncologist multiple times a year to check for signs the cancer is returning, and needs monitoring for heart and lung damage from chemotherapy and radiation treatment. Since she isn’t undergoing cancer treatment, she doesn’t qualify for the 90-day extension.

“I have to find a new everything,” she said. “I can’t even imagine someone who’s going through chemotherapy now.”

It’s not unusual for insurance networks to change from year-to-year, Plymell said. Anthem decided to contract with HealthOne instead of UCHealth, and the Division of Insurance determined that HealthOne has enough physician, hospital and urgent care options in the Denver area, he said.

Insurance companies aren’t required to have every possible service and specialty in-network, Plymell said. People who need a type of care that may not be available at their in-network hospital, such as an organ transplant, can request an exemption to pay in-network rates while seeing an out-of-network doctor, he said.

The division estimated Anthem will pay about 19% less to HealthOne than it did to UCHealth, which largely drove the 20% overall decrease in their rates in the Denver area, Plymell said.

Neither Anthem nor UCHealth clearly explained why the system was in-network in some parts of Colorado, but not Denver.

Dan Weaver, spokesman for UCHealth, said Anthem didn’t notify the system that it wouldn’t include them until it was too late to make an agreement with a different company to be in-network in Denver starting in January. They are working on reaching an agreement that would add them to another company’s network later in 2021, he said.

“We understand that this is difficult for many of our patients,” he said in a statement.

Anthem told a different story. Spokesman Tony Felts said Anthem asked UCHealth to participate in a lower-cost plan they were rolling out in Denver, but the health system wasn’t interested. The new plan still offers “hundreds of doctors” affiliated with HealthOne and Boulder Community Health, while lowering the monthly cost to customers, he said.

“We asked, they declined,” he said.

When health systems go out-of-network, it’s generally because they wanted higher rates than insurers are willing to offer, said Adam Fox, deputy director of the Colorado Consumer Health Initiative. People buying their insurance through the marketplace tend to have lower incomes and more chronic conditions than people who have employer-sponsored coverage, so they may face difficulty transitioning to new doctors when the networks change, he said.

Packard said she struggles to understand why people in other Front Range counties can buy insurance with UCHealth in-network and Denver residents can’t. She said she’s frustrated with both parties, because UCHealth had revenue that was well above average last year, and Anthem has a history of brinksmanship in negotiations in other states.

“I think it’s two bad actors colliding, and the patients are getting caught in the middle,” she said.