3 reasons why people join cults, according to a cult-recovery therapist 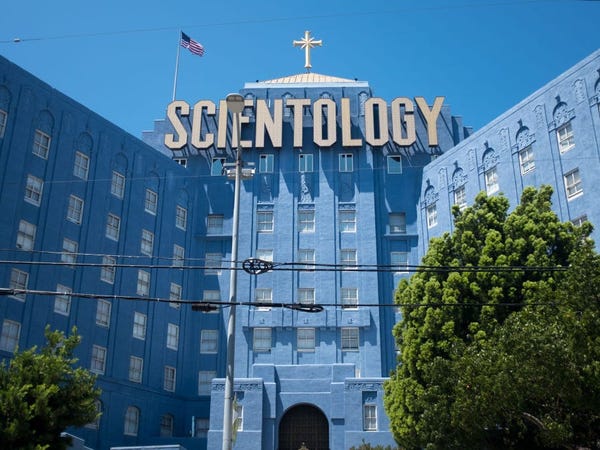 HBO's new docuseries "The Vow" about NXIVM, a sex cult covered up as a multi-level marketing company that sold self-improvement courses, has brought conversations about cults to the forefront.

"The Vow" aims to answer a central question: How can someone get sucked into a cult when its leader brainwashes members, and in some cases exploits them sexually, financially and emotionally?

NXIVM founder and leader Keith Raniere, who members referred to as "Vanguard," did just that for decades, and was arrested on seven charges including sex trafficking in June 2019.

Hearing these disturbing stories of cult-related sexual abuse, branding, and blackmail, it's understandable viewers may think: "I could never be fooled into joining a cult."

But according to therapist Rachel Bernstein, who specializes in treating cult survivors from groups including NXIVM and Scientology, it's not that simple.

"A lot of people will say, 'How could you have gotten involved?' And it's because you're never given all the information about a group that turns out to be a cult from the beginning," Bernstein told Insider. "So you only have the information to go on that you've been given, which is very select and you make your judgment call based on that. No one's able to make a fully educated decision before getting involved in a cult."

There are, however, a few common threads that draw people towards these types of organizations.

They want to better themselves, either professionally or personally

Cults are typically marketed as organizations that promote self-betterment, whether that means the promise of enlightenment in the case of tantric sex cults, or the skills to make all of your professional dreams comes true, which NXIVM preaches in the form of self-help courses.

That's why people who are on a mission to improve themselves in a person or professional sense could be susceptible to joining a cult, according to Bernstein.

Though it's difficult to generalize the type of person who'd get wrapped up in a cult, Bernstein said those who want to heal from childhood or other past trauma and those who want to become more productive and successful in their careers might be swayed to join an insidious organization.

They want a greater sense of community

Folks who long for greater human connection may also be more likely to fall victim to a cult. Close relationships are a human need. By capitalizing on this proclivity, cults can be that much more insidious.

In "The Vow," an anonymous former member dubbed "Jane" said she were drawn to NXIVM because of the sense of community it provided.

Jane said she struggled forming deep relationships with other women throughout her life, so when she heard how close-knit NXIVM members were, and that there was a women-only group she could join, she became interested.

In the podcast "Escaping NXIVM," Sarah Edmondson, another former member, said she realized in hindsight that the promise of deep human connection subtly drew her to the organization, despite the fact she considered herself a person with many friends.

According to Bernstein, community is a hallmark of any cult because it allows the leader to create a pack mentality, building peer pressure.

"Sometimes people are just wanting to connect with people they think they have something in common with, and a cult provides instant community and love-bombing and a language that suddenly you all speak," Bernstein said, referring to the jargon cults often create for their members.

In NXIVM, for example, members would call feelings like anxiety and fear "limiting beliefs," and call leader Raniere "Vanguard."

"So the adage, 'He or she speaks my language,' it kind of makes you feel like you have some things in common with these people. That's what cults do. Each one has its own lingo, Bernstein said.

They're in a state of extreme vulnerability

An individual's personality and life goals aren't the only things that make them vulnerable to cults, according to Bernstein. Timing also plays a role.

She said her former cult member patients often tell her they would've never joined the cult if they weren't going through a difficult life event at the time they were approached to join.

According to Bernstein, people who were recently diagnosed with terminal or chronic illnesses, are living on their own for the first time, experienced the death of a loved one, or had a serious career blunder tend to be in fragile states, and therefore might join a group they might not otherwise acknowledge.

"Timing plays a big part of people's susceptibility," she said.