Delays mean tragic dad died of cancer without ever getting treatment 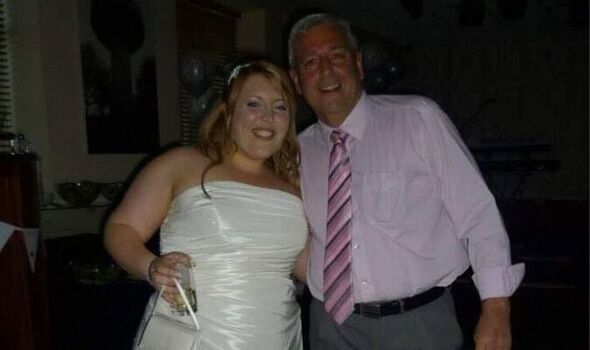 A daughter has told of her despair after delays meant her dad died of cancer without ever seeing an oncologist.

Keith Bromyard lost his battle with pancreatic cancer early this year after several cancelled appointments and a seven-hour wait in an ambulance. Now, his daughter, Rebecca Gossage, is calling on the government to deliver faster cancer diagnosis qnd tackle treatment delays.

Rebecca, from Bromsgrove, believes her dad could have been saved if he had been treated quicker, reports BirminghamLive.

Keith Bromyard began to complain of stomach pain in October 2021 and was referred for tests but did not get an initial appointment for more than a month.

Less than two months later, he was diagnosed with pancreatic cancer – the “quickest killing” form of the disease which kills more than half of patients within three months of a diagnosis. Mr Bromyard died at 65 without ever seeing an oncologist and Rebecca, 38, is worried other families will face a similarly tragic experience this winter.

She said: “The government has been saying that everybody will get a GP appointment within two weeks – but two weeks when you’ve got pancreatic cancer is such a huge amount of time.

“It’s too long – it must be higher on the government’s agenda because the signs that dad had presented with, had they been picked up earlier with a scan, might have been a bit more manageable for everybody.

“It might not have been so much of a shock, or he may have received chemo.”

Rebecca is not alone with her concerns as new figures show more than 8 in 10 GPs fear that extreme pressures on the NHS this winter will prevent people with cancer accessing lifesaving treatment. Waiting times for all forms of cancer treatment are longer in the Midlands than anywhere else in the country, with nearly half of patients waiting longer than two months for treatment after an urgent referral.

Cancer charity Pancreatic Cancer UK has this month launched its No Time to Wait campaign, urging the government deliver faster diagnosis and treatment for people with the disease. They want a commitment that everyone with the disease be diagnosed within 21 days of their referral, offered fast access to treatment and care, and immediately given access to support from a specialist nurse.

Diana Jupp, CEO of Pancreatic Cancer UK, said: “The message from health professionals is frighteningly clear: the pandemic, staff shortages and underfunding have all pushed the NHS to breaking point. Pancreatic cancer is the quickest killing cancer, and any delays to diagnosis and treatment could cost people their chance of survival.

“There is no time to wait. Governments across the UK must bring forward and implement funded cancer plans to deliver faster diagnosis and treatment that will save lives, not just this winter but well into the future. We cannot afford to continue lurching from one worsening crisis to another. People with pancreatic cancer, their loved ones, and hardworking NHS staff all deserve better.”