Bought a pair of comfy running shoes? Be warned, they may RAISE your risk of injury by changing the way you run

Although many opt for comfy trainers to prevent injuries, the cushioned running shoes may do the exact opposite.

A study of 12 joggers found the highly-cushioned Hoka Conquest trainer is more likely to cause shin splints and stress fractures than the less bouncy Brooks Ghost 6.

Despite being created to prevent injuries, cushioned trainers change the way people run by altering the natural spring-like mechanism in their legs.

This normally ensures joggers bend their knees and ankles to create a bouncing movement.

Reducing this causes runners to land with a stiffer leg, putting them at risk of injuries, researchers say. 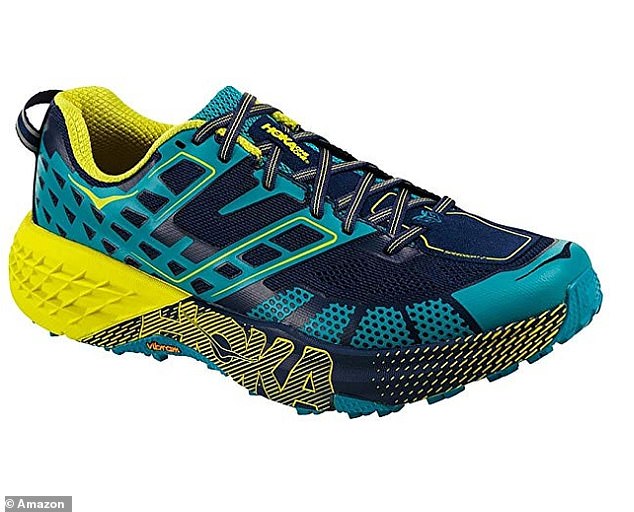 After analysing the Hoka Conquest running shoe (pictured), researcher discovered its cushioning changes the way a person jogs by altering their natural ‘elastic leg behaviour’. This acts like a spring that shortens and lengthens with every step to maintain a bounce movement 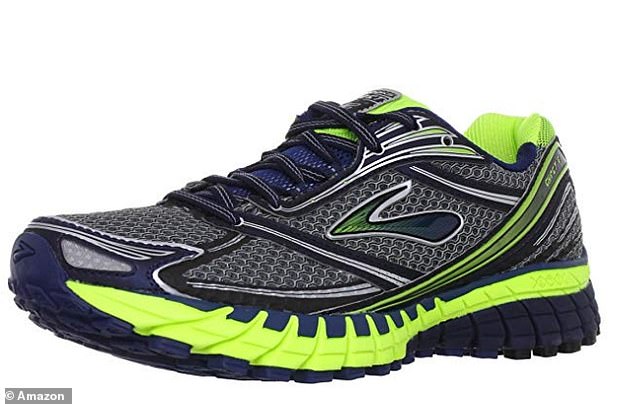 The Brooks Ghost 6 (pictured) is less cushioned and therefore maintains the natural spring-like mechanism when a person runs. This ensures they bend their knees and may prevent injuries

The research was carried out by the University of Helsinki and led by Dr Juha-Pekka Kulmala, a clinical biomechanist.

Running has significant benefits for a person’s heart and overall health, however, between 37 and 56 per cent of joggers experience injuries every year worldwide.

These injuries are thought to largely occur due to the vertical force that is created when a runner’s foot hits the ground.

To reduce this, many trainer manufacturers have added cushioning to their shoes’ soles, however, there is no evidence that this actually prevents injuries.

To put the trainers to the test, the researchers compared the Hoka Conquest, which has a 43mm cushion beneath the heel, to the Brooks Ghost 6, which has a 33mm cushion, in healthy men with a sports background.

The men completed a 3D running analysis while jogging in the shoes at 10km/hr and 14.5km/hr.

Results surprisingly revealed the runners’ feet hit the ground harder when they were wearing the cushioned trainers. This was particularly true at 14.5km where the load impact was 12.3 per cent greater than in the regular trainer.

A video analysis showed the runners bent their knees and ankles less when they wore the cushioned shoes, which caused their bodies to slow down quicker and placed extra stress on their legs. The study was published in Scientific Reports.

Humans are thought to have a natural ‘elastic leg behaviour’, which acts like a spring that shortens and lengthens with every step, and helps to create the bouncing movement of running.

This natural behaviour may be reduced in cushioned trainers due to runners subconsciously maintaining a stiffer leg to keep the same bouncing movement. This then causes them to bend their knees and ankles less.

This extra leg stiffness means that running in highly cushioned trainers will likely increase the risk of injuries, particularly stress fractures, the researchers warn. They add, however, further studies are required to confirm this theory.

The findings only apply to runners, with walking causing less of a vertical impact and therefore less cushioning likely being required, Dr Kulmala said.

Dr Kade Paterson, a podiatrist at the University of Melbourne, agreed more research is needed.

She told the New Scientist: ‘As a sports podiatrist, I’ve seen patients who’ve reported improvements with maximalist running shoes and others who’ve got injured in them so there probably isn’t a one-size-fits-all approach.’

Dr Paterson added the results do not suggest runners should ditch cushioned shoes entirely and said ‘like many health-related things, we should be somewhere in the middle’.

Dr Kulmala has previously warned about the trend of barefoot running, which he only recommends if you land at the front of your feet. Most people land on their heels, which creates a larger force and therefore needs more cushioning, he added.

Hoka One One and Brooks Sports have both been approached for comment.