Colorado’s COVID-19 hospitalizations could return to April heights in a month, officials say 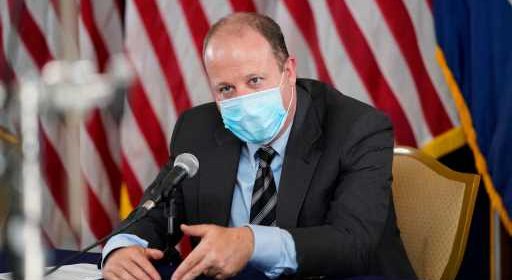 If the new coronavirus continues spreading at its current rate over the next few weeks, more Coloradans could be hospitalized by mid-November than were at the height of the virus’s spring wave, state officials said Tuesday.

The current level of contagion isn’t expected to overwhelm hospitals, but that could change if people gather and spread the virus as they did over the Independence Day and Labor Day holidays, state epidemiologist Rachel Herlihy said at a news conference. If the virus spreads widely at Thanksgiving gatherings, the number of people who need intensive care could exceed available beds, she said.

“We have very little wiggle room there,” she said. “We expect hospitalizations to continue to grow at a faster and faster rate.”

Everyone needs to wear masks in public, maintain their distance from people they don’t live with, wash their hands frequently, stay home if they feel sick and quarantine for two weeks if they were close to someone who tested positive, Herlihy said.

“We need everyone to take an all-of-the-above approach,” she said.

Colorado joined 30 states on the White House coronavirus task force’s “red zone” list this week, according to the Center for Public Integrity. States in the red zone have more than 100 cases for every 100,000 people.

Jill Hunsaker Ryan, executive director of the Colorado Department of Public Health and Environment, said the agency is working with county health departments to manage contagion at the local level. Boulder County succeeded in bringing its cases down through restrictions on the most affected groups, she said.

As of Tuesday afternoon, 26 counties had enough new COVID-19 cases over the last two weeks that they could move to a more restrictive level on the state’s dial framework. They get a 14-day “grace period” to bring the average number of new cases down, and only meet with the state health department if cases remain elevated. Then, the local and state health departments agree to a plan to bring down cases within a certain amount of time, said Kacey Wulff, a COVID-19 advisor to Gov. Jared Polis.

Each county’s level on the dial framework is based on how many new COVID-19 cases it has, compared to population; the percentage of tests coming back positive; and how hospitalizations trended over the previous two weeks. Only two counties, Logan and Yuma, have moved to a more restrictive level.

Like much of the state, Logan County started in the middle, or yellow, level of the framework, which allows most businesses to operate at half of capacity. This week, it moved up to the orange level, where many businesses can only work at 25% of their normal capacity. The highest level, red, puts a county under a stay-at-home order.

Yuma County started one level lower, blue, which kept most businesses at half of capacity but allowed for bigger public and private events. It has since moved to yellow.

State officials also announced two new initiatives Tuesday: setting aside $1 million in federal funds for agricultural businesses struggling during the pandemic, and an ad campaign encouraging people to continue following precautions. Polis said the public needs to focus on controlling the virus as they did following the Independence Day bump.

“Too many Coloradans viewed coronavirus in the rearview mirror, and we need to get back to how we lived in July,” he said.