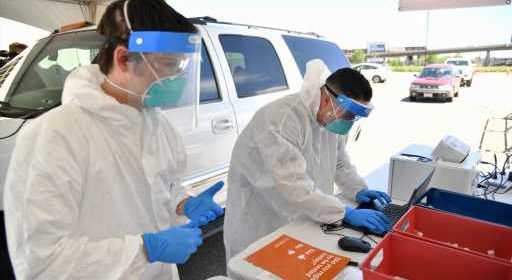 The number of new COVID-19 cases in Colorado rose during the week that ended Sunday — the first time that’s happened since late April.

It’s not clear whether the rise in confirmed cases is a blip or the start of a pattern. Boulder County reported a spike in cases on Wednesday, which health officials blamed on a mix of student parties, protests and out-of-state travel — but those infections don’t explain the full increase.

A Denver Post analysis of data from the state health department found 1,407 new coronavirus cases reported in Colorado between June 15 and Sunday, up from 1,087 in the previous week. New cases had fallen every week since the one that began April 20.

Few new coronavirus deaths have been recorded in the last week, though, with six reported to the Colorado Department of Public Health and Environment since June 15. It can take several days for death reports to reach the state health department, however, so that number could increase.

Hospitalizations for COVID-19 remain steady. The Colorado Hospital Association reported 149 people were receiving care for the virus as of Monday afternoon. That number had bounced around between 151 and 166 during the previous week, and is down significantly from the state’s mid-April peak, when the daily hospitalization figure hovered just under 900 people.

Nineteen coronavirus patients had been released or transferred to a lower level of care in the past 24 hours.

Only 271 of the state’s 1,096 critical-care ventilators were in use as of Monday afternoon, hospitals reported to the state. No facilities reported that they expect to see ICU bed shortages within the next week.

Altogether, Colorado has seen 30,705 cases of the new virus, an increase of 166 from Sunday’s total reported by state health officials. Additionally, 5,343 people have been hospitalized since the coronavirus first was detected in the state in early March.

The state health department reports 1,438 people have died directly due to COVID-19, and another 213 had the virus but may have died of other causes.

More than 285,000 people now have been tested for the coronavirus statewide, according to data released Monday, with 6,252 people having been tested on Sunday.