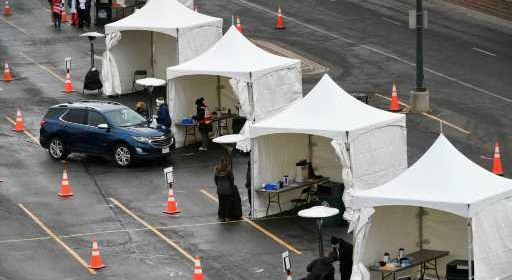 Colorado teachers and child care workers will be the first essential workers to get vaccinated against COVID-19 after most people over 70 have received their shots, the head of the state’s vaccine distribution efforts announced Monday.

High-risk health care workers and residents of nursing homes — making up Phase 1A of the state’s distribution plan — were first to get the coronavirus vaccines when shipments began arriving in Colorado last month.

At the end of December, the Colorado Department of Public Health and Environment said essential workers, ranging from grocery store employees to teachers, would be included in Phase 1B, along with people 70 and older. A week later, it clarified that those workers would be below a “dotted line” in Phase 1B, and would have to wait until more older people had gotten their shots.

Discussions are ongoing about priorities in the essential worker groups, said Colorado National Guard Brig. Gen. Scott Sherman, but consensus has formed around the importance of reopening child care, preschools and K-12 schools.

“Teachers are going to be the first priority… to get in-person learning,” Sherman said during a morning news conference.

Scott Bookman, the state health department’s COVID-19 incident commander, also announced the state had set up a hotline for people who have had trouble signing up for the vaccine: 877-268-2926 (CO-VAX-CO). The state doesn’t maintain a central waiting list, but the hotline will help connect people who qualify to providers who can sign them up, he said.

If the state meets its goal of vaccinating 70% of the Coloradans who are 70 or older by Feb. 28, essential workers could begin getting their shots in late February or early March. If nothing changes in the prioritization schedule, people in their 60s and younger people with chronic conditions who aren’t frontline workers would come next as part of Phase 2 this spring, with healthy young and middle-aged adults — Phase 3 — getting their turn by summer.

The state health department estimates Colorado has about 562,000 residents who are 70 or older, and about 628,000 front-line essential workers.

Gov. Jared Polis previously said that when about half of one priority group has been immunized, the state will open access to the next group. The idea is to avoid a lag by adhering to the priorities too rigidly, he said.

A handful of teachers got their first shots during the week before the state’s guidance changed to prioritize people over 70 first. Those who had one shot were allowed to get the second one, but their coworkers who didn’t get the vaccine as quickly had to keep waiting.

Support staff of some metro-area districts, including Denver Public Schools, are able to get vaccinated in the current phase. The districts consider mental health professionals and physical therapists to be medical staff and security guards to be first responders, according to Chalkbeat.

Data from the Centers for Disease Control and Prevention show Colorado ranks ninth in the nation in the percentage of its population vaccinated, Sherman said.

He estimated about 85% of frontline health care workers have received both doses of the vaccine, and 98% of nursing homes and assisted living facilities have had at least one clinic where the vaccine was administered. It’s not clear what percentage of long-term care residents and staff chose to take the shot, though.

Providers around the state could vaccinate more people, but they don’t have enough doses to meet demand at this point, Bookman said.

“We have asked the feds to send us as much vaccine as they can,” he said. “If we could get 5 million vaccines tomorrow, we would take it.”