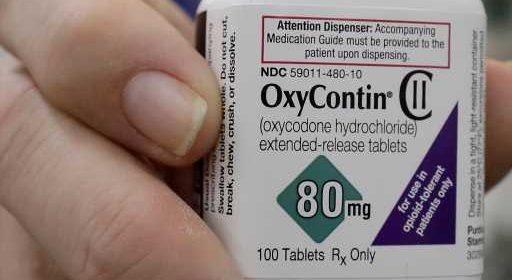 A Colorado program designed to prevent patients from getting excessive amounts of opioids and rein in doctors who overprescribe hasn’t succeeded in stopping dangerous practices, and state lawmakers are looking to push for changes next session.

The prescription drug monitoring program is meant to prevent excessive prescribing of potentially dangerous medications — mostly opioids. The idea is that doctors will check if the patient in front of them is already getting opioids from someone else, so they don’t inadvertently prescribe hazardous doses.

A state audit found there were no penalties when providers didn’t check the database, though, and the state had no way to intervene if the data showed red flags in prescribing patterns.

Rep. Dafna Michaelson Jenet, an Adams County Democrat and chair of the Legislative Audit Committee, said the results were “shocking” and the committee will discuss bills to fix some of the problems when it next meets in August. She also said she was upset the board overseeing the monitoring program hadn’t come to the legislature to ask for more authority, if the program couldn’t do its job.

“We’ve been in this (opioid) epidemic and doing everything we can each session,” she said. “Here we have what should be our first line of defense and… it’s not serving its purpose.”

Overdose deaths involving prescription opioids actually increased in the years since the database was set up in 2008, but the vast majority of the change appears to be due to fentanyl. The drug can be prescribed for severe pain, but it’s also become a cheap way for drug traffickers to stretch their supply of heroin, or to produce counterfeit pills.

Part of the problem is that Colorado law only requires doctors to check when issuing a second opioid prescription. That means they could follow the letter of the law, but still be totally unaware if the patients they’re writing a first — or third — prescription for could be getting pills from other doctors.

The law also doesn’t have any requirement to check the database before prescribing benzodiazepines, and the audit found significant numbers of providers prescribed them in ways that could be dangerous.

Benzodiazepines, like Xanax or Valium, can be useful in treating anxiety, but they also slow a person’s breathing. Since opioids also slow breathing, using both at the same time raises a person’s risk of overdosing. Still, the audit found more than 17,000 doctors and nurses prescribed an opioid to patients who already were taking benzodiazepines, or vice versa.

State law requires doctors, dentists and others who are authorized to prescribe opioids to register with the database, but about 18% failed to do so. Pharmacies also weren’t following the requirement that they report new prescriptions within one day, and Appriss, the contractor running the database, didn’t always update promptly. All created cracks in the system, potentially allowing patients who are addicted to get dangerous amounts of opioids and those who are reselling pills to escape detection.

The state also didn’t fully use the data it had to identify potential “pill mills.” Auditors found 85 doctors and nurses, or less than 1% of those authorized to prescribe controlled substances, wrote prescriptions for opioids at 26 times the average rate. In some cases, that could be appropriate, but others could be running “pill mills” that don’t provide real care.

The Department of Regulatory Affairs, which oversees the prescription database, only turns information over to law enforcement or medical licensing boards if it receives a court order, and the medical boards said they tend to learn a prescriber isn’t following the rules only if someone complains.

Rep. Colin Larson, a Jefferson County Republican and member of the audit committee, said he expects bipartisan support to fix the flaws requiring legislative action, and hopes the Department of Regulatory Affairs will use its rulemaking ability to make quicker changes when possible.

“We’ll pass bills and think we made it a law and everything’s fine,” he said. “This should have thrown hundreds of red flags.”