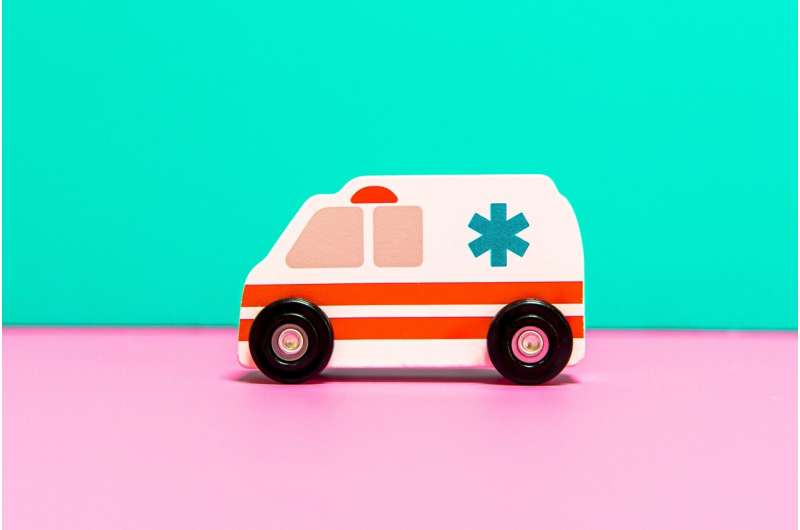 When evaluating the opioid crisis, research reveals that external factors—such as the volume of pre-filled syringes, or a default number of opioid tablets that could easily be ordered at discharge for the patient—can shift prescribing and compel emergency department (ED) physicians to administer or prescribe greater quantities of opioids. A new study published in the Journal of Medical Toxicology reveals that opioid prescribing behavior can also be decreased by external factors, such as a supply shortage.

Led by the Perelman School of Medicine at the University of Pennsylvania, researchers evaluated pharmacy data from the electronic medical records (EMR) collected before, during, and after a period of parenteral opioid shortage across two large urban academic emergency departments—the Hospital of the University of Pennsylvania and University Hospital in Newark, New Jersey. In this case, the shortage was of parenteral morphine and hydromorphone, as a result of supply chain disruptions caused by Hurricane Maria in 2018.

Researchers found that the percentage of patients who received an opioid among all ED visits during the 2018 shortage fell significantly from 11.5% pre-shortage to 8.5% during, and did not return to baseline once the shortage abated. Further, the total number of oral or IV opioid doses administered during the shortage also decreased and remained lower than pre-shortage levels once supply chains were restored. However, the study also found that while fewer opioid doses were administered to fewer patients, there was no change in net Morphine Milligram Equivalent (MME) per patient receiving opioids.

“Although the percentage of patients who received non-opioid analgesics did not rise during the shortage, it was significantly higher in the post-shortage period,” said lead investigator Amanda Deutsch, MD, an Emergency Medicine resident at Penn. “This suggests that a subset of patients were transitioned to non-opioids, and this prescribing practice was a sustained change after the resolution of the shortage.”

The study also found that because the shortages were specifically of parenteral morphine and hydromorphone, those were replaced by parenteral fentanyl, but the overall total use in MME of opioids administered remained the same. The use of oral morphine also appeared to increase during the shortage period. These findings may suggest that the shortage may have led to a shift from IV opioid use to oral opioid formulations.