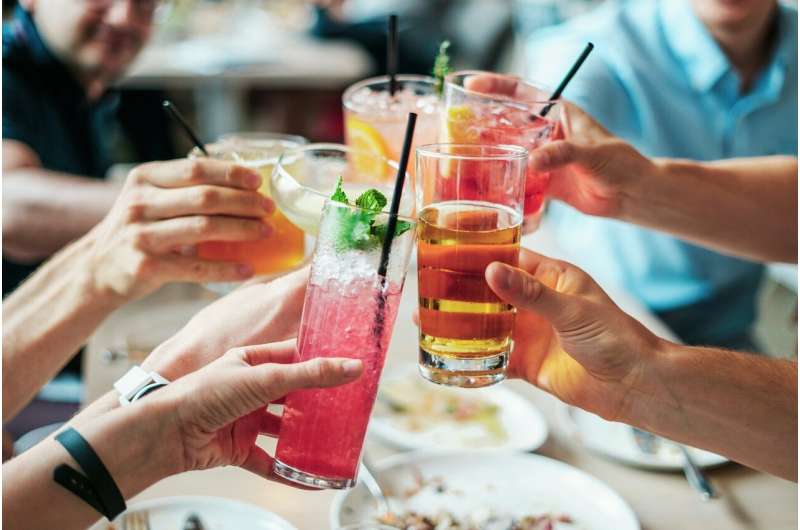 On average, students experience an estimated total of 102 alcohol-related consequences, such as blacking out, being hung over, or missing work or school, due to drinking across their four years in college, according to a new study led by Penn State. The research also revealed that students who think their parents disapprove of the consequences of drinking are likely to experience fewer negative consequences from drinking during college.

“We often think of peers as having an influence on drinking behaviors, but we found that parents can make a difference, even after their child has left home,” said Kimberly Mallett, research professor at the Edna Bennett Pierce Prevention Center and a clinical psychologist.

The research team surveyed students at a large, public northeastern U.S. university about how many alcohol-related consequences they experienced and which predictors resulted in higher rates of consequences. Although the work was conducted at a single university, the researchers said the findings likely apply to students at all colleges and universities. The findings are published in the journal Addictive Behaviors.

Specifically, the surveys assessed the prevalence of 21 possible consequences from drinking and focused on whether they thought their parents would disapprove of 12 of those consequences, including blacking out, being hung over, or missing work or school due to drinking, said Shannon Glenn, Penn State doctoral candidate in biobehavioral health and the paper’s lead author.

The team found that the average number of alcohol-related consequences per student over the four-year period was 102. The amount of alcohol students drank impacted the total number of consequences they experienced. As drinking increased, so did consequences, Glenn said.

The most common consequence, with 96.7% of respondents experiencing at least once during the four years, was ‘having a hangover the morning after drinking.’ This was followed by ‘saying or doing embarrassing things,’ which affected 96.1% of respondents at least once. Nearly 25% of respondents said they had ‘been pressured or forced to have sex with someone because they were too drunk to prevent it.’

“More than 70% of respondents said they ‘needed larger amounts of alcohol to feel any effect,’ which is concerning because this indicates increased tolerance to alcohol and is an early risk factor for developing an alcohol use disorder,” said Mallett, who is a co-author on the paper.

The surveys also assessed students’ beliefs about how their parents would react to their drinking, by asking, “How would your mother/father respond if she/he knew you experienced [specific consequence] as a result of your drinking?”

“The research shows that parents have an influence on students’ drinking habits and whether they experience problems from drinking,” Mallett said.

“Kids really look to their parents for guidance in a lot of ways even if they don’t outwardly say it,” Mallett said. She suggested these practices for parents:

“It’s empowering for parents to know that they can make a difference,” Mallett said. “For parents who have been permissive about drinking in the past, it’s never too late to switch gears.”