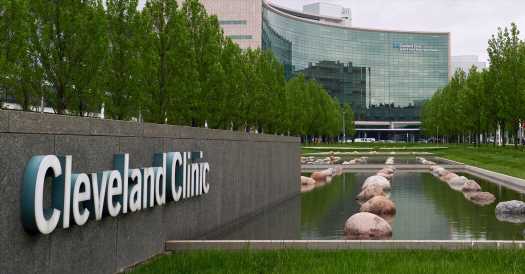 In a striking reflection of concern over the approval of the controversial new Alzheimer’s drug Aduhelm, the Cleveland Clinic said Wednesday evening that it would not administer it to patients.

The clinic, one of the largest and most respected medical centers in the country, said in a statement that a panel of its experts had “reviewed all available scientific evidence on this medication,” which is also called aducanumab.

“Based on the current data regarding its safety and efficacy, we have decided not to carry aducanumab at this time,” the statement said.

A spokeswoman for the clinic said that individual physicians there could prescribe Aduhelm to patients, but those patients would have to go elsewhere to receive the drug, which is administered as a monthly intravenous infusion.

The stance by the major medical center is the latest fallout from the Food and Drug Administration’s approval of the drug on June 7, a decision that has also spurred congressional investigations.

Many Alzheimer’s experts and other scientists have said that it is unclear that the drug works to help slow cognitive decline and that in the best-case scenario, the evidence suggested only a slight slowing while also showing that Aduhelm could cause brain swelling or brain bleeding.

In a recent survey of nearly 200 neurologists and primary care doctors, most said they disagreed with the F.D.A. decision and did not plan to prescribe the drug to their patients.

Last week, in response to growing criticism, Dr. Janet Woodcock, the acting F.D.A. commissioner, called for an independent federal investigation into the agency’s approval process, writing that “to the extent these concerns could undermine the public’s confidence in F.D.A.’s decision, I believe it is critical that the events at issue be reviewed by an independent body.”

Two nearly identical clinical trials of Aduhelm were stopped early because an independent data monitoring committee concluded that the drug didn’t appear to be helping patients. A later analysis by Biogen found that participants receiving the high dose of the drug in one trial had experienced a very slight slowing of cognitive decline — 0.39 on an 18-point scale — but that participants in the other trial had not benefited at all.

About 40 percent of trial participants developed brain bleeding or brain swelling, and while most of those cases were mild or manageable, about 6 percent of participants dropped out of the trials because of serious adverse effects from those conditions.

After evaluating the data late last year, an F.D.A. advisory committee of outside experts strongly recommended against approval, and three of its members resigned in protest last month when the agency bucked the advisory committee’s advice. The American Geriatrics Society had also urged the agency not to approve the drug, saying it would be “premature given the lack of sufficient evidence.”

Last week, in response to widespread criticism that it had approved Aduhelm for anyone with Alzheimer’s, the F.D.A. sharply narrowed the drug’s recommended use, saying it should be used only for people with mild memory or thinking problems because there was no data on Aduhelm’s use in later stages of Alzheimer’s.