The research adds to a growing number of findings suggesting the Pfizer and Moderna shots are protective against the variants identified so far. 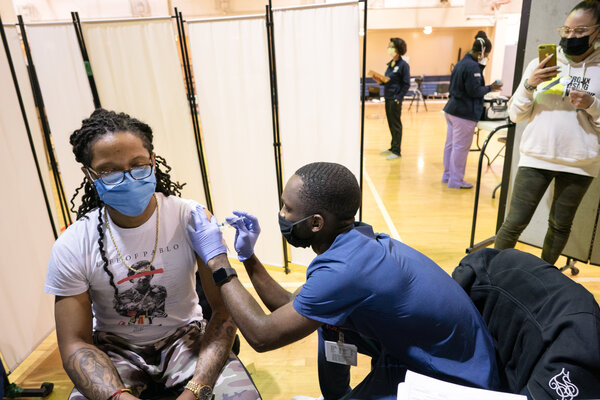 For weeks, New Yorkers have witnessed the alarming rise of a homegrown variant of the coronavirus that has kept the number of cases in the city stubbornly high. City officials have repeatedly warned that the variant may be more contagious and may dodge the immune response.

On that second point, at least, they can now breathe easier: Both the Pfizer-BioNTech and Moderna vaccines will effectively prevent serious illness and death from the variant, two independent studies suggest.

Antibodies stimulated by those vaccines are only slightly less potent at controlling the variant than the original form of the virus, both studies found.

“We’re not seeing big differences,” said Michel Nussenzweig, an immunologist at Rockefeller University in New York and a member of the team that published one of the studies on Thursday.

The bottom line? “Get vaccinated,” he said.

The results are based on laboratory experiments with blood samples from small numbers of vaccinated people and have not yet been peer-reviewed. Still, they are consistent with what is known about similar variants, several experts said, and they add to a growing body of research that suggests that the two main vaccines in the United States are protective against all of the variants identified so far.

“The take-home message is that the vaccines are going to work against the New York variant and the South African variant and the U.K. variant,” said Nathan Landau, a virologist at N.Y.U.’s Grossman School of Medicine who led the study.