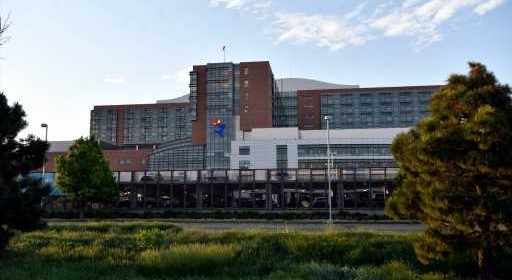 Fewer than five beds are available statewide for children who need intensive care as Colorado’s pediatric hospitals face what they called an unprecedented surge largely fueled by respiratory syncytial virus, or RSV.

“It’s truly like nothing we’ve ever seen,” he said.

The biggest factor is RSV, which typically causes colds but can be severe in young children, older adults and people with compromised immune systems, Carney said. Not all Colorado hospitals report how many patients have RSV, but those in the Denver area told the state they’ve treated 525 children and 29 adults for it so far this fall.

On Wednesday, the Colorado Hospital Association announced that the hospitals had agreed to reactivate the transfer center that helped match patients to beds during the worst points of the pandemic. The center was deactivated in March.

Not all hospitals have the equipment and expertise to treat critically ill children, but they have agreed not to transfer those they can safely care for, such as teens with relatively straightforward conditions, said Scott Bookman, director of the division of disease control and public health response at the Colorado Department of Public Health and Environment.

Over the last week, the state has had between zero and five beds open for children who need intensive care, he said, with three available Tuesday.

Carney implored anyone who feels sick to stay home, and asked families to consider limiting activities where they might be exposed until the need for hospital beds is closer to normal. Other steps to prevent RSV infections include washing your hands, cleaning frequently touched surfaces, wearing a well-fitting mask and avoiding touching your face.

“We certainly support everyone taking as many precautions as possible,” he said. “We’ll appreciate all the help we can get from our community.”

The hospital can still handle children who need emergency care, Carney said. Parents who aren’t sure if they can manage their child’s illness at home should call their pediatrician or Children’s triage line, he said.

State epidemiologist Dr. Rachel Herlihy said it’s unusual to see this many RSV hospitalizations, especially this early in the season. There are about six hospitalizations for every 100,000 people, compared to four per 100,000 at the worst point of last year’s RSV season. It’s not clear why the virus is spreading months before it normally would, she said.

Colorado hospitals aren’t the only ones feeling the strain. In Rhode Island, every pediatric bed was full and patients were lined up in the emergency room of the only children’s hospital in the state, according to NBC News. Nationwide, about three-quarters of hospital beds for children were in use, though it varied considerably from state to state.

Most children get RSV by their second birthday, but far fewer were exposed during the pandemic, said Dr. Jose Romero, director of the National Center for Immunization and Respiratory Diseases at the Centers for Disease Control and Prevention. That made for a large group that was susceptible at the same time, though it doesn’t appear that children are sicker, on average, he said.

While most RSV infections are mild and can be managed at home, it’s the most-common cause of pneumonia in infants. Parents should seek medical attention if their child is breathing unusually fast, seems to be having difficulty breathing, or if their lips are turning blue, Romero said during a press call Friday. They should also look for signs of dehydration, like producing less urine or crying without producing tears, he said.

Hopefully, RSV infections will peak soon, but they tend to stay high for a few weeks after hitting their peak, Herlihy said. The state’s also preparing to handle an increase in COVID-19 and flu-related hospitalizations, which tend to affect adults more, she said.

“The most concerning situation is seeing peak RSV, flu and COVID levels at the same time,” she said.