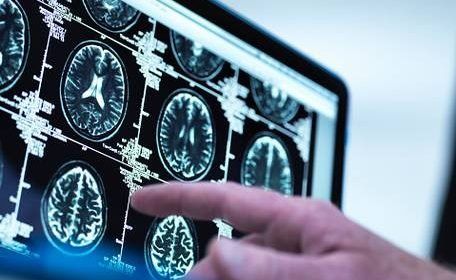 The chance of cure for patients who are diagnosed with different forms of cancer in Ireland ranges from 5pc to 40-45pc, according to a new report.

The report from the National Cancer Registry presents for the first time the national population-based estimates of cure for eight forms of the disease – oesophageal, stomach, colon, rectal, pancreatic, liver, lung and ovarian cancer.

Using data from 2011-2013, the probability of cure among Irish patients was lowest for cancers of the pancreas, which was 5pc for both men and women.

The likelihood of cure from lung cancer for men was 8pc and 12pc for women.

Data on cure for cancer of the oesophagus was 13pc for both men and women.

When it comes to cancer of the liver, the odds are better for men at 18pc compared to 8pc for women.

The report also looked at stomach cancer and found the chance of cure at 19pc for men and 21pc for women.

It stands at 21pc for ovarian cancer.

The probability of cure was substantially higher for cancers of the rectum at 38pc for men and 45pc for women.

For cancer of the colon, the data suggested odds of 43pc for men and 47pc for women.

The aim was to establish the most up-to-date international cancer survival standards for a group of cancers of poor to moderate average survival.

The report did not include the most common major cancers – breast and prostate – which are the third and fourth most common cause of death from the disease.

They are difficult cancers in which to quantify a cure because the risk of death, though low on averages, may remain elevated for many years after diagnosis.

The eight cancers highlighted in the report accounted for 52pc of all cancer deaths in Ireland during 2013-2015.

The likelihood of cure is highest for younger patients, when stage and treatment options may be more favourable.

But average loss of years of life is greatest for younger patients for a given cancer type.

The report pointed out that it is not possible to determine with certainty if and when any individual is cured of cancer.

However, at population level ‘statistical cure’ is a useful concept.

Statistical cure is when a group of cancer patients has the same mortality as cancer-free individuals.

It is a useful way of monitoring progress in cancer care.

It is different to calculating five-year relative survival for various cancers that have improved in recent decades.

The five-year relative survival figures for Ireland over the same period showed that for cancer of the pancreas it stood at 7pc for both men and women.

Survival for lung cancer was at 10pc for men and 16pc for women.

Ovarian cancer survival at five years was 31pc, while oesophagus was 16pc for men and 19pc for women. The statistics for liver cancer are 21pc for men and 10pc women.

Cancer is the second most common cause of death in Ireland after diseases of the circulatory system.

There is an annual average of about 8,770 deaths from invasive cancer.

The risk of dying of cancer was about 34pc higher for men than for women.