Caring too much: have you got compassion fatigue? 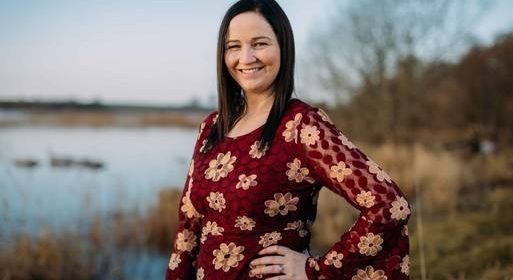 For as long as we can remember, most of us have learned that it’s important to be kind and care about others. But sometimes we can care too much and end up being emotionally and physically damaged from the pressure of worrying about people and events beyond our control.

Compassion fatigue is a relatively new term to describe a condition which causes sufferers to experience anxiety attacks, lack of sleep, total exhaustion and a general sensory overload.

Tomorrw, Jennifer Reidy will hold a talk in Ennis, Co Clare, where she will advise sufferers, or those in danger of succumbing to the condition, how to deal with symptoms and, more importantly, how to prevent it happening in the first place.

“Compassion fatigue is a form of burnout which often affects people in caring roles,” says the founder of compassionfatigueireland.com. “I became aware of the condition when it affected me personally. So I began to do some research into it and discovered there was no support out there for people with the condition in Ireland – so I set up the organisation to help those in a similar position as it can be totally debilitating.

“The signs are similar to burnout but with much more emotional and psychological problems. So, for example, someone who works very hard on their own, has a poor diet and doesn’t look after themselves could easily get burnt out, but may not suffer from compassion fatigue as they are not devoting lots of time to worrying about other people unless they also have a caring role at home.”

Being too empathetic and caring too much about other people is the root of the problem and Reidy, who is also a social care practitioner, says putting ourselves first can often be a very good thing.

“We all know what it’s like to worry about people, but when your job revolves around someone else’s welfare, it can become very draining,” she says. “So I would encourage anyone in this situation to make some time for themselves every single day. Self-care is actually the number one priority as without it, we can become unwell and leave ourselves unable to care for anyone.

“We need to learn how to support others without getting too involved; to stop worrying about the end result of other people’s problems as, most likely, they will come to a conclusion of their own accord. It’s important to let go of trying to be in control and, in particular, don’t think you can fix something for someone. Instead, give them the help and support they need to fix it on their own and take a step back so you can protect yourself – in other words, be compassionate to yourself first and foremost.”

Caitriona McMahon understands the need for self-care. After experiencing both a breakdown and, what she now recognises as compassion fatigue, she is careful to look after her mental health and give herself a break, literally, every single day.

“I had a breakdown many years ago and was in a very low place,” says the Limerick woman. “After going through a lot and recovering from that, I found myself in a very stressful management role which really took a lot out of me. I could feel myself spiralling towards depression, which I was eventually diagnosed with, and knew that because of the level of involvement I had through my work in other people’s lives and problems, I was experiencing lots of issues myself.

“I was exhausted all the time, would isolate myself from situations and had no interest in anything – I had really hit rock bottom.”

Luckily, the 33-year-old, who is the founding director of Community Crisis Response in her area, received help and made a full recovery. But now, in her third year of a social care degree at LIT, she recently heard a talk about compassion fatigue and realised that was exactly what she had been going through.

“Listening to the symptoms being described, it all began to make sense,” she says. “And being able to put a name on what I had was great as I also got advice on how to deal with it. These days I have learned how to say no to things. I don’t drop everything to help someone immediately (unless it’s urgent), instead I will ask if I can talk to them or help them out at a later time. We all, particularly as women, feel we can fix everything for everyone and we never want to let anyone down – but by doing that, we are letting ourselves down.

“These days, I make sure I have time to myself every day and I would advise others to do the same. Even if you need to get up 10 minutes earlier or pencil off a half hour in your day – just do it. For some people, it might be a walk, a hot bath or even some time colouring or reading which makes them feel better. For others, it might be something as unique as sitting on the grass in the rain, but I would encourage people to write down 10 things which make them feel good and when they feel at a low ebb, just pick one thing and do it – this has really helped me.”

Jennifer Reidy, who offers the only service of its kind in the country, agrees and says learning how to deal with the onset of compassion fatigue is very important.

“Like everything, awareness is key and in order to alleviate or even prevent compassion fatigue, we all need to look after ourselves,” she says.

“I’m hugely into mindfulness and the ability to live in the present. Sometimes we can be sitting on the sofa watching TV and, after two hours, have no idea what we saw as our minds are so busy worrying about other stuff – this has to stop.

“I work a lot with organisations at the frontline of the health care industry, also with family carers and more recently with companies in the IT world. But this isn’t a problem which just affects professionals as there are so many out there putting themselves last. And while this may seem commendable on the face of it, once their health begins to suffer as a result, then no one will be cared for.

“Compassion fatigue is a very pressing issue which can lead to huge emotional and psychological problems – so my job is to teach people how to let go and, crucially, to look after themselves before they are looking after others.”

Jennifer Reidy will be giving a Q&A on compassion fatigue at the Old Ground Hotel in Ennis, Co Clare, tomorrow at 7.45pm. Tickets cost €5 and all are welcome. For more information, visit compassionfatigueireland.com